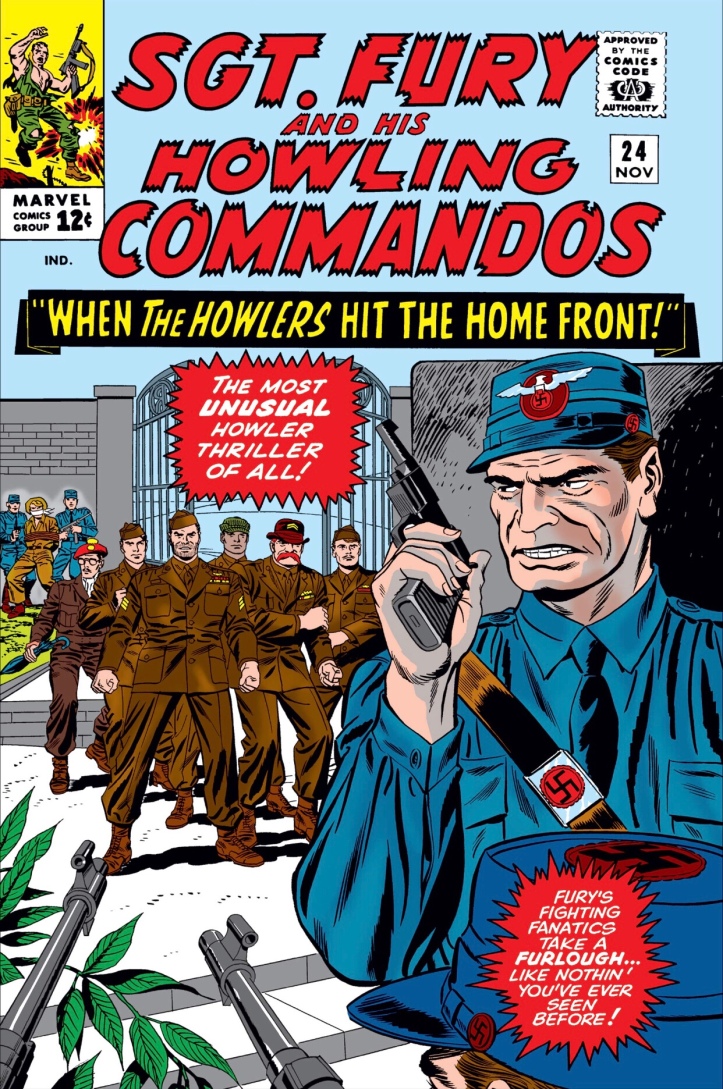 “When the Howlers Hit the Home Front!”

The Howling Commandos get some well-deserved time off —- and still wind up fighting Nazis! 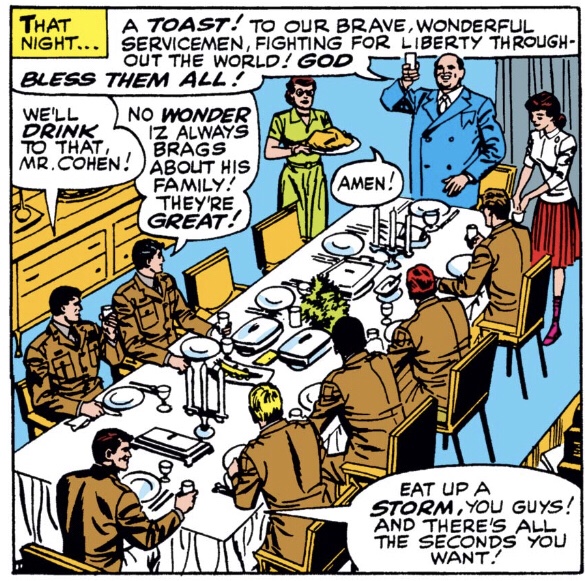 It’s a mixed bag. On the one hand, I was pleasantly surprised with the first act of the issue, with the Howlers just having fun.

The rest, with the Nazis trying to learn state secrets by holding a seemingly random farm couple hostage who just happened to be the parents of a Howling Commando, is pretty dumb. It’s a bad plan (for starters, the Manhattan Project’s site in that area was in Tennessee, not Kentucky), and they somehow decide to wear Nazi uniforms while they engaged in espionage in the US. Rebel’s parents don’t even have anything to do with the Manhattan Project. It makes absolutely no sense.

The ending is weird, too. They just pawn off Hans on Rebel’s parents, rather than have a story where they return him to his father in the Netherlands. That would seem like a very plausible plot to go with, and it could provide some decent emotional beats for the Rootens, but I guess that’s not happening now. 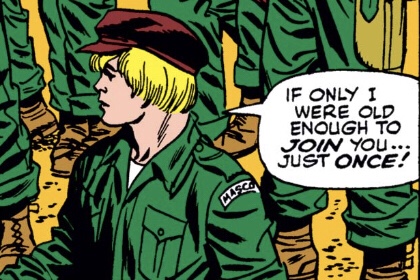 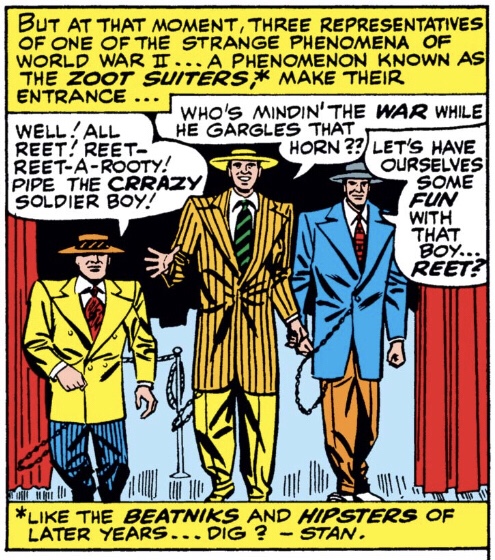 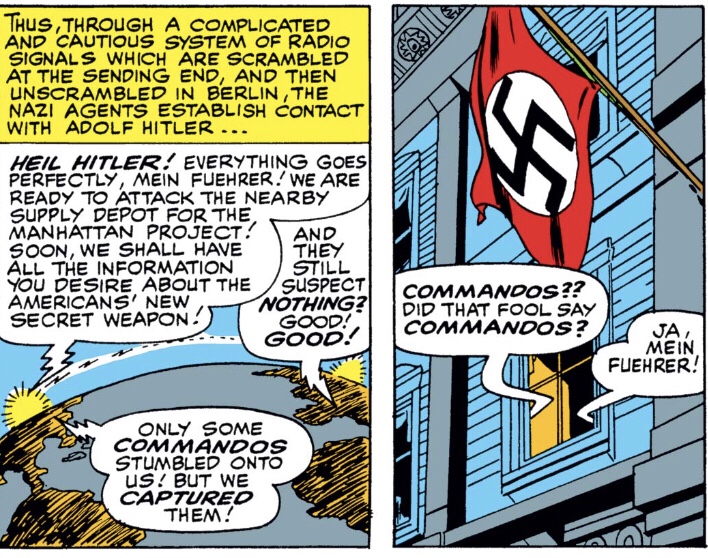 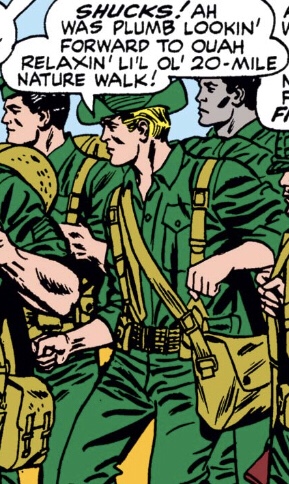