“Fight On! For a World is Watching!”

“If This Be Treason!”

Iron Man continues his battle against the Titanium Man, which leads to one of the supporting cast being seriously injured!

Meanwhile, Captain America walks into a Nazi trap to save Bucky.

In the Iron Man lead feature: 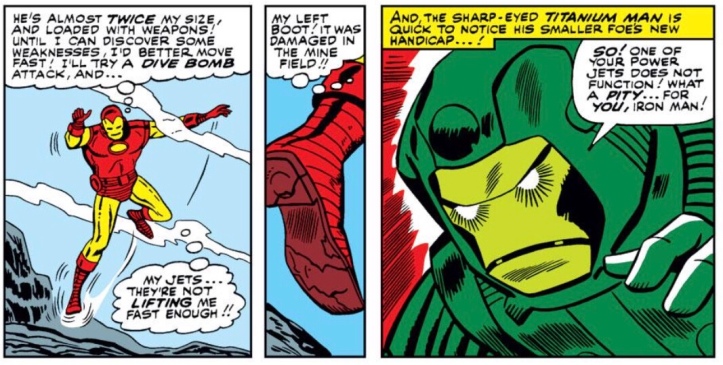 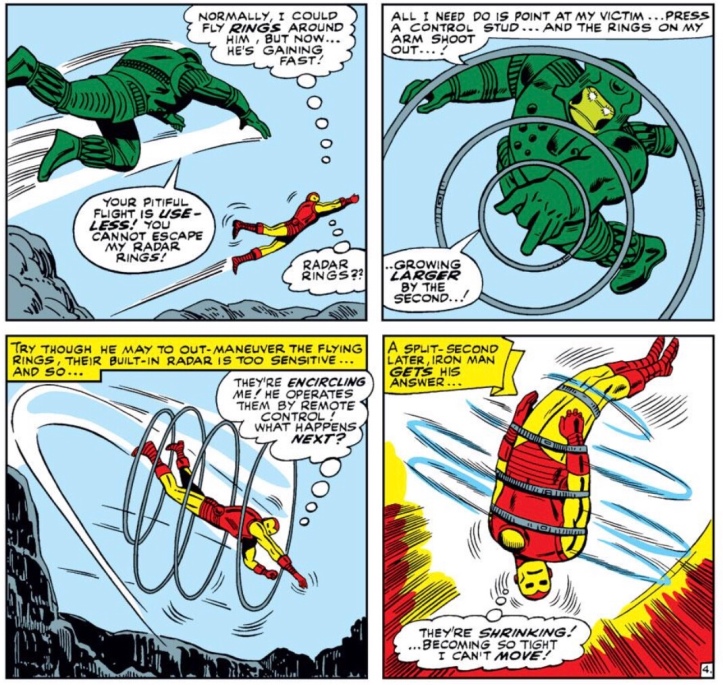 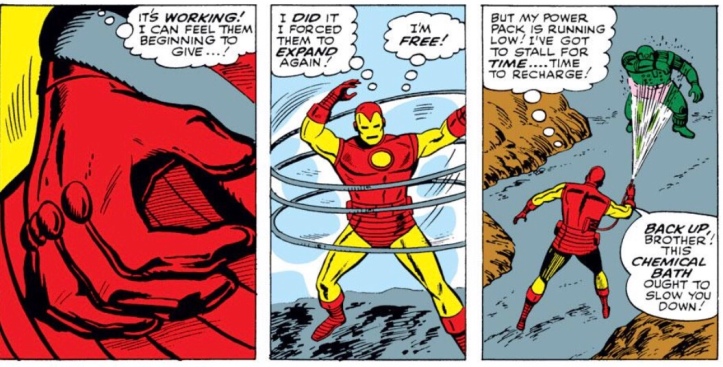 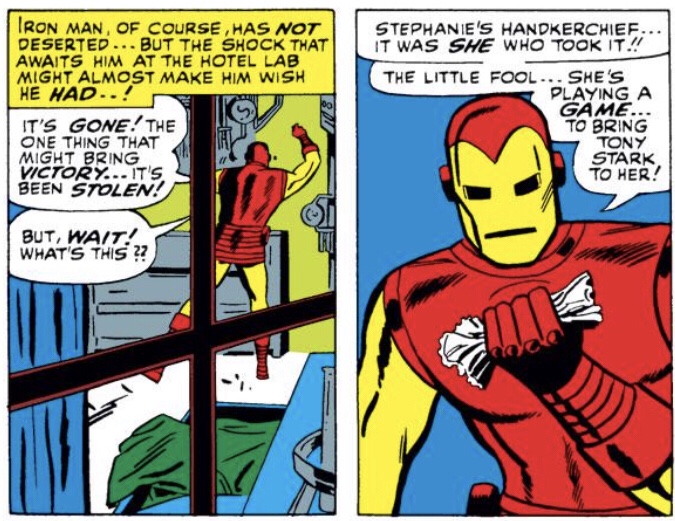 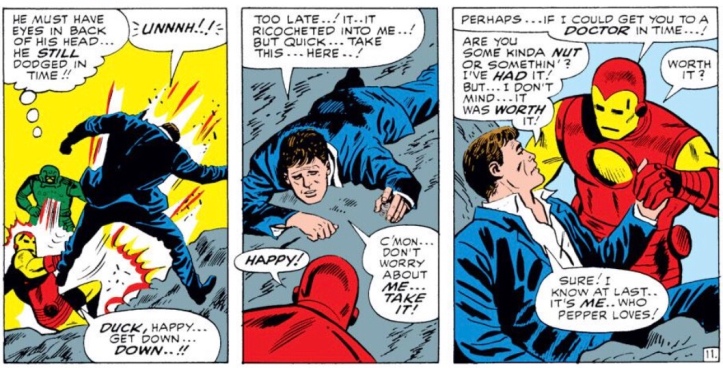 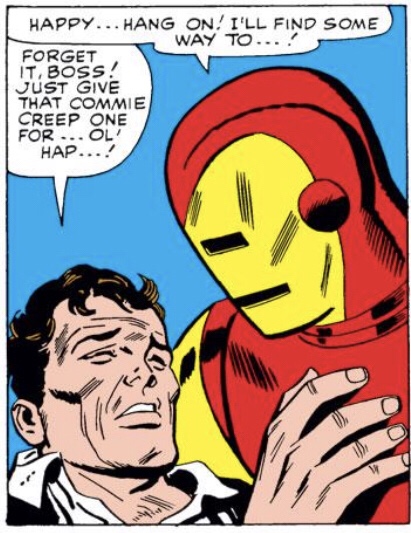 In the Captain America back-up feature: 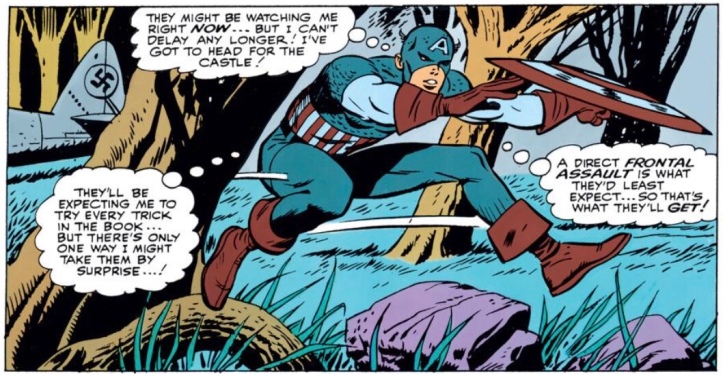 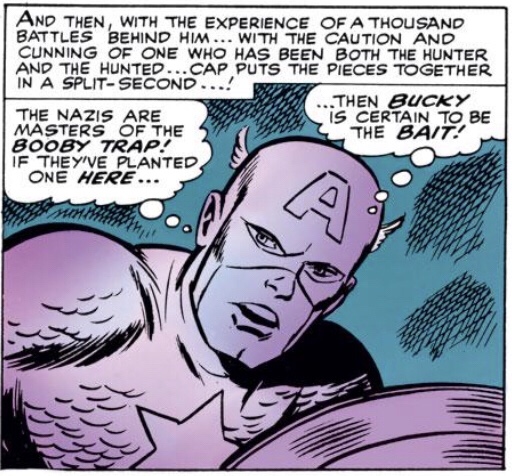 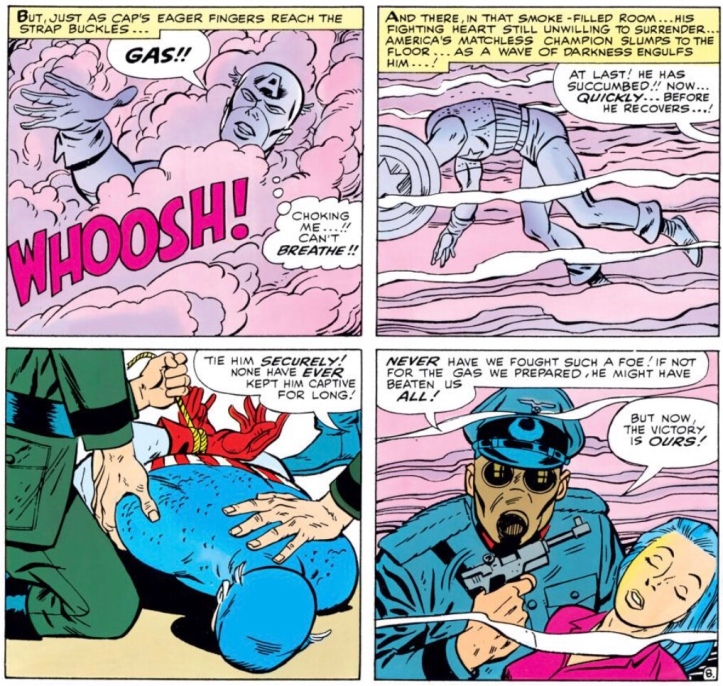 No, it is not. It’s not the art or story in particular that make this issue seem weak; even the basic construction of this issue feels below the average issue. For starters, the Iron Man story begins with a full splash page; this is typically where any recap information is provided. However, the entire next page is spent recapping last issue, and doing so with artwork taken directly from that issue —- its a weird choice to spend two pages of a twelve-page story not moving the plot forward.

The same thing basically happens in the Captain America backup (except this is only a ten-page story). The previous issue ended with Captain America approaching Greymoor Castle in a stolen Nazi plane. This issue spends the first two pages showing him capturing the plane again. At least there is an editor’s note that tries to explain this choice away:

As for the stories themselves, we get yet another cliffhanger ending from one issue completely dismissed at the beginning of the next. This time around, it is Iron Man being caught in a minefield, only to escape relatively unscathed as soon as the recap was finished. I’m genuinely curious whether or not Happy Hogan was actually killed in this story —- it would fit the recurring themes of people sacrificing themselves for Tony, and people that learn his identity dying —- and whether or not he will remember Tony’s secret identity. Aside from that, this is a silly story with ridiculous stakes, and if Happy actually dies, it will feel cheap.

The Captain America story is apparently discarding the mad scientist shrink ray plot from last issue. Instead, Cap and friends will be somehow attached to a rocket, which seems like a poor strategy.

The art in this issue is fine in the Iron Man feature, but I wasn’t impressed with George Tuska’s finished art over Kirby’s layouts. I know Tuska was a Marvel mainstay in the 60’s, so I just hope his work improves when he isn’t forced to follow Kirby’s lead. 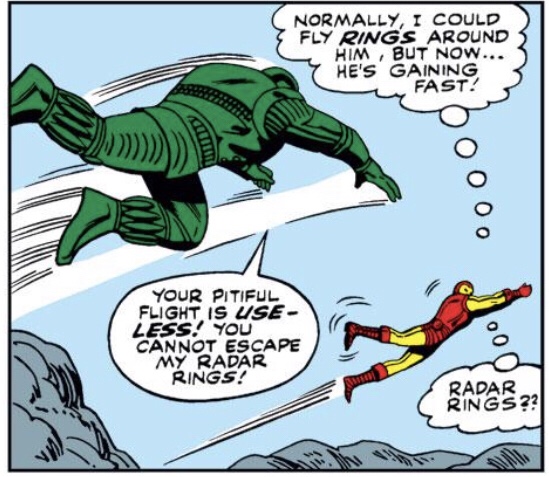