“The Bitter Taste of Defeat!”

The Enchantress and her new partner, Power Man, plot to ruin the Avengers! 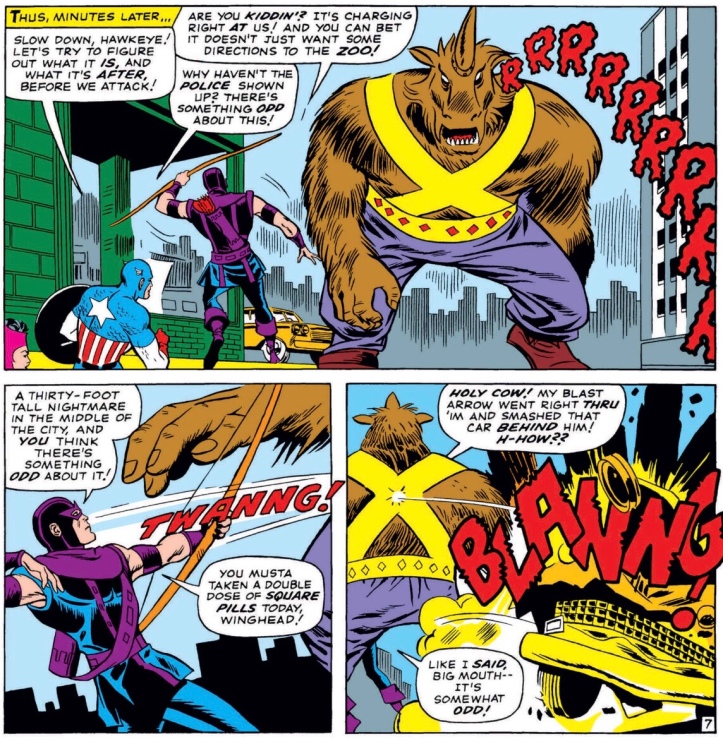 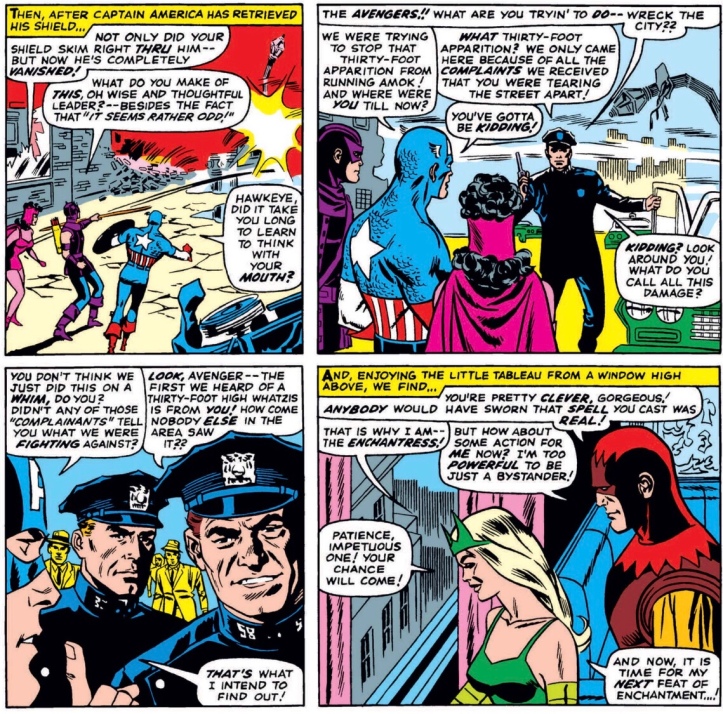 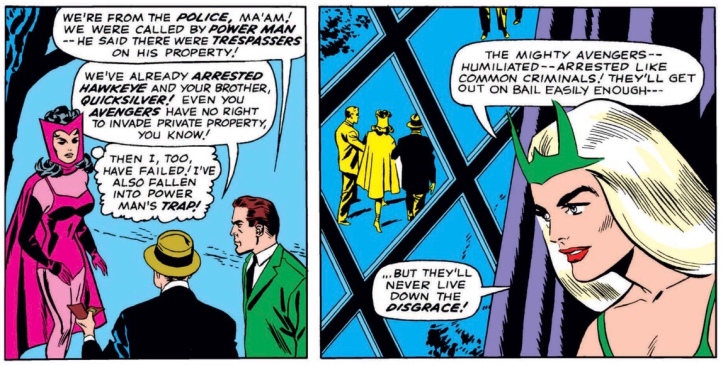 This is okay. Power Man is obviously —- and intentionally —- similar to Wonder Man, and we’ve seen villains try to discredit heroes before. However, this is both the best and most subtle usage we’ve seen of the Enchantress’ powers, and that goes a long way toward making this story feel a bit more novel. The art is okay, but not great; I’m not seeing a huge impact from Wally Wood’s inks on Don Heck’s pencils, but the action is easy enough to follow. 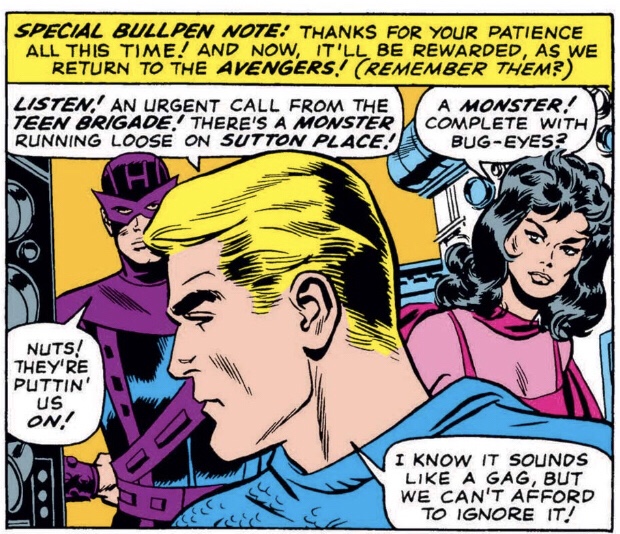