“Where Walks the Juggernaut”

The Juggernaut attacks, and the X-Men are outmatched. 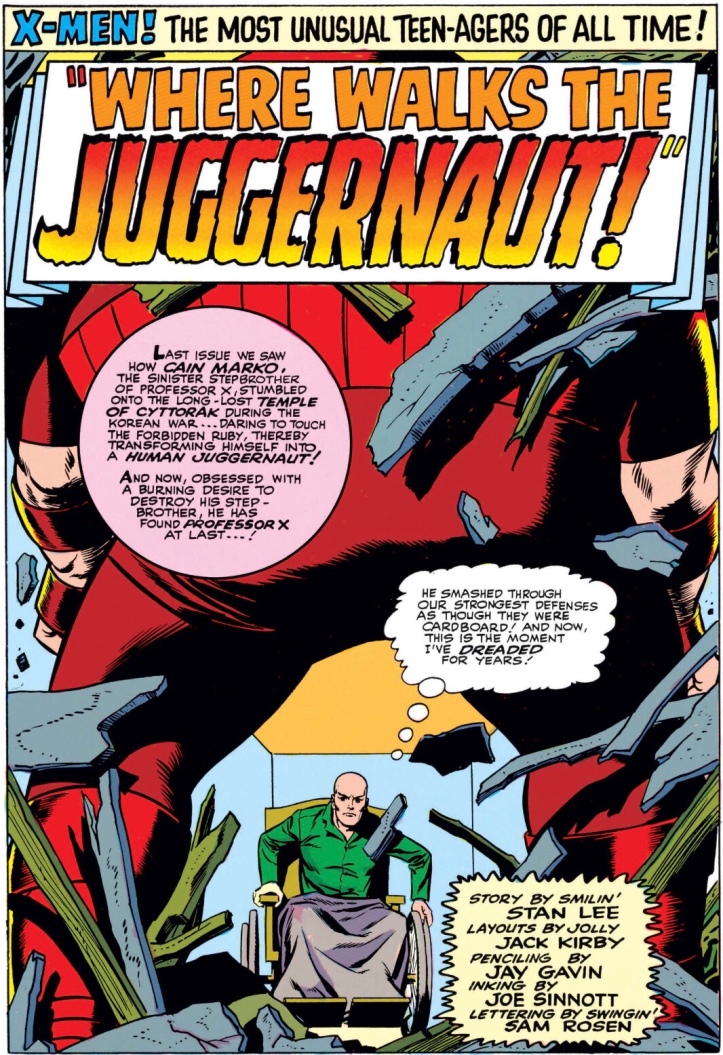 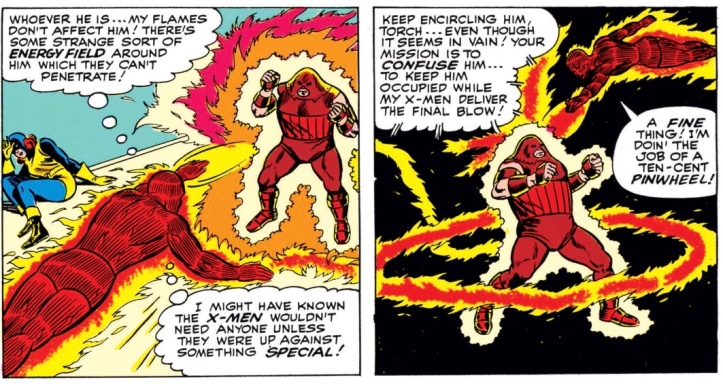 It’s kind of a fun issue —- I always like seeing heroes overmatched by their villains before pulling out an improbable victory —- but it’s not as good as last issue. It’s actually pretty dumb, but it is silly enough for that to not be much of a problem.

This is another story where Jack Kirby does the layouts and a “house-style” artist handles the detailed pencils. It’s not a great look, but the storytelling is clear enough. 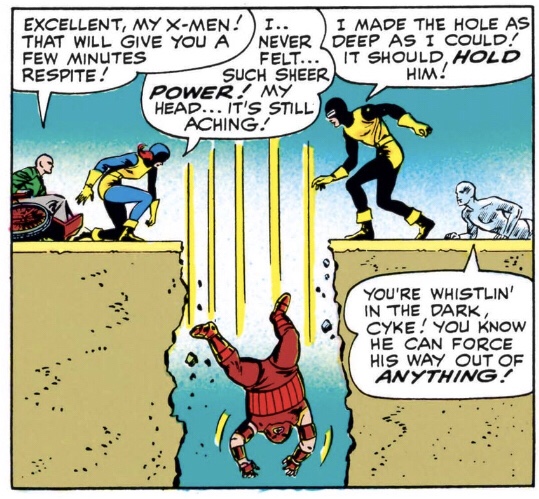