Has Iron Man met his match with the Titanium Man?

Will Captain America and Bucky be shrunk down to doll size by a traitorous scientist?

In the Iron Man feature: 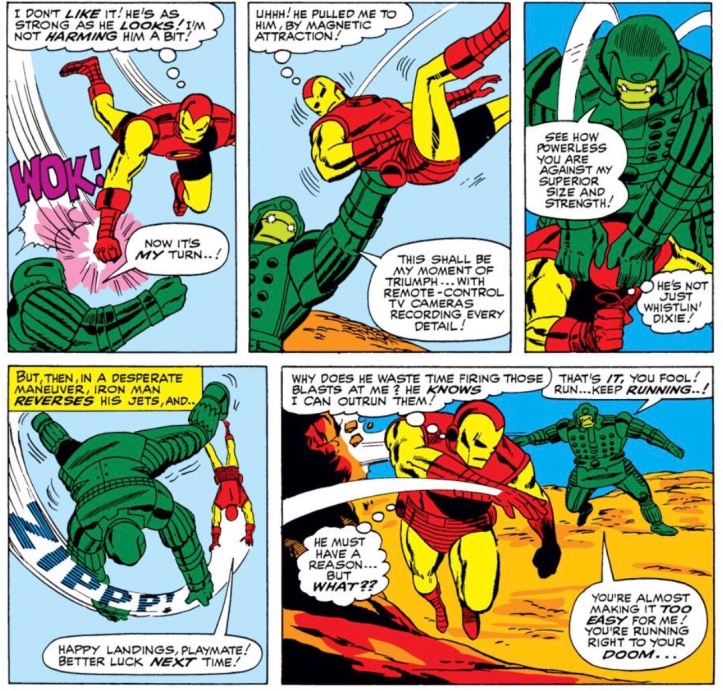 In the Captain America back-up feature:

No, it’s not good. We’ve already seen this plot before for Iron Man —- it’s very similar to the Crimson Dynamo’s first appearance, but with additional unnecessary male bravado. The Cap story focuses too much on Cap’s civilian identity (without actually building his character at all), and winds up being the first part of a larger science fiction story.

The artwork is only okay in this issue. Don Heck doesn’t surprise, but he can tell a story and there’s something appealing about his fairly unembellished Titanium Man design. I do not particularly like Dick Ayers working off of Kirby layouts in the Cap story, though. I’m not a huge fan of Ayers’ pencils, but he knows how to tell a simple story. Following Kirby’s layouts forces him to draw some goofy action scenes, and that’s not his strong point. 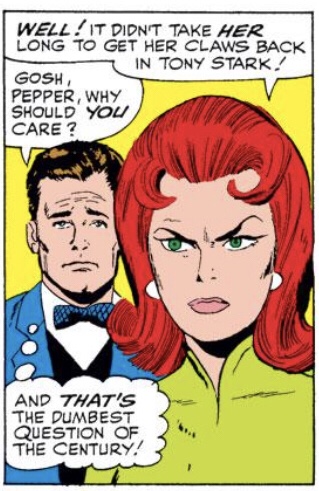 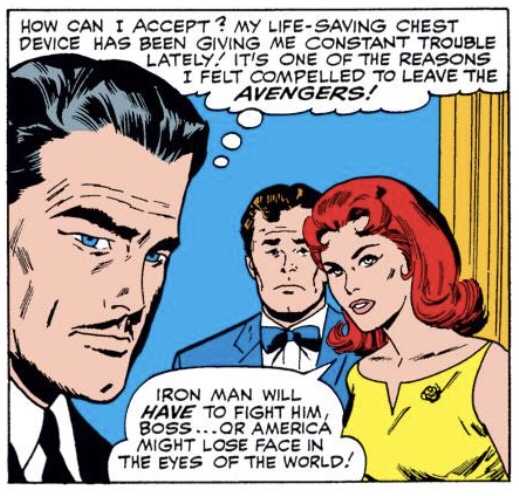 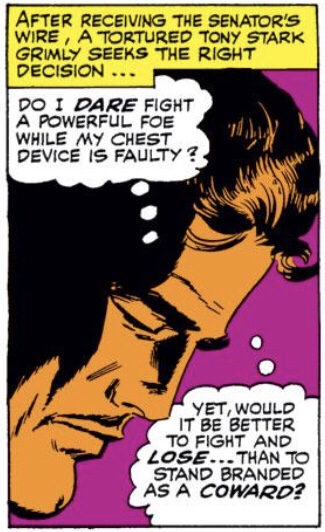 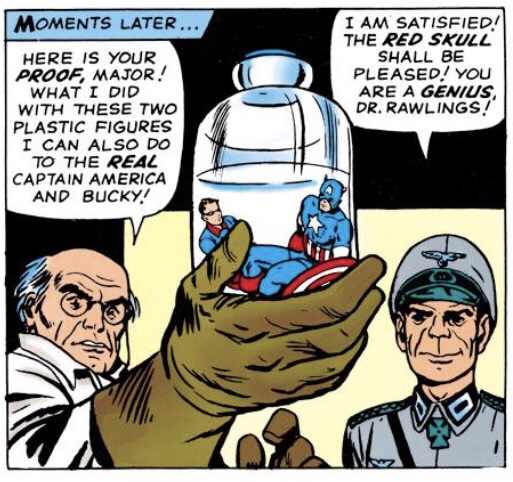