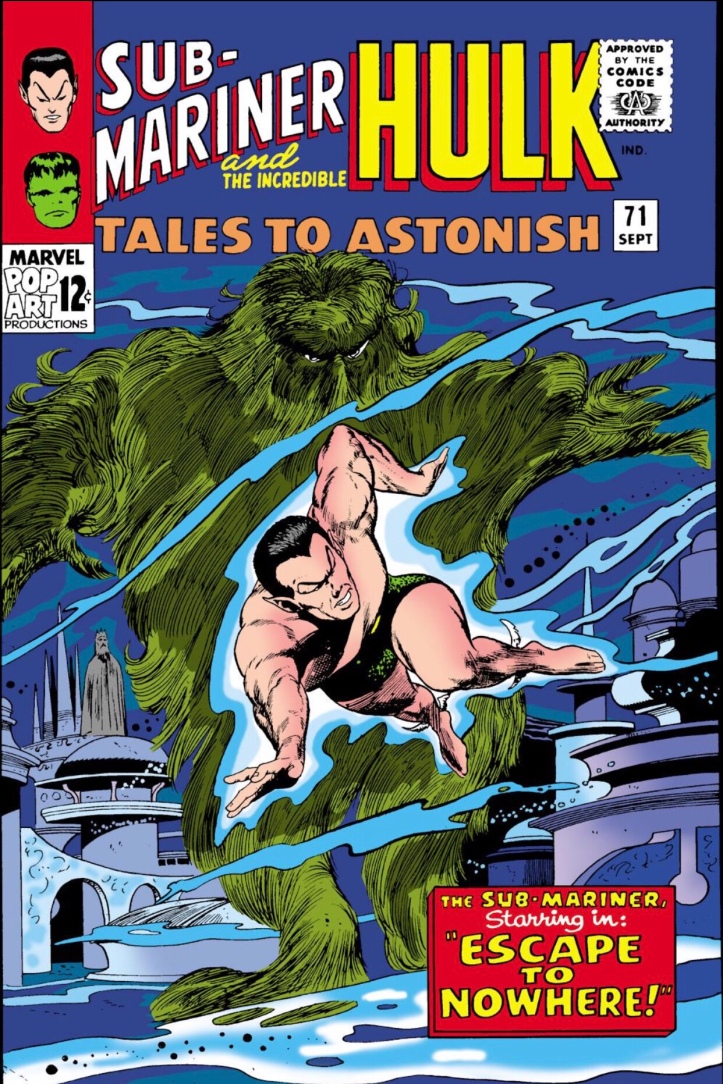 Namor continues his quest for Neptune’s Trident, and the Hulk gets cornered by the army.

In the main Namor feature: 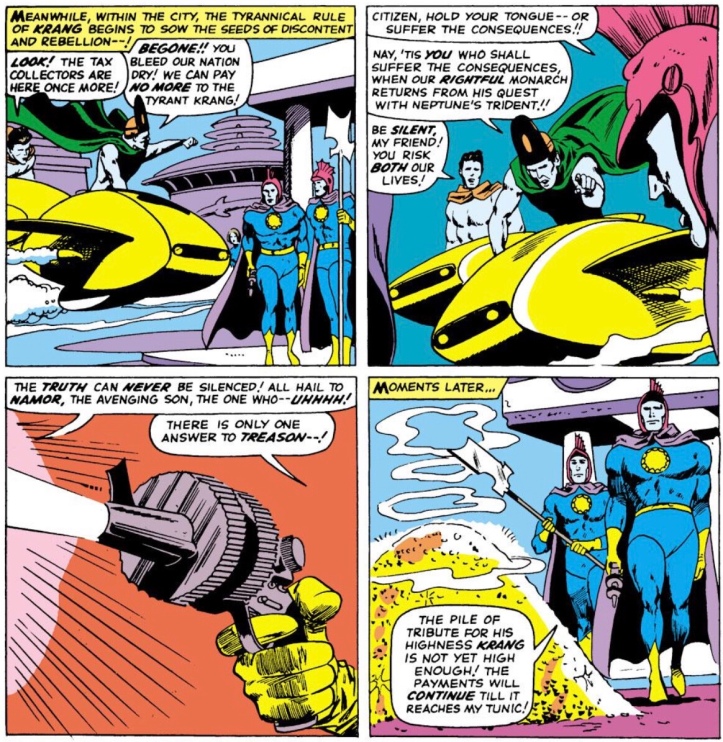 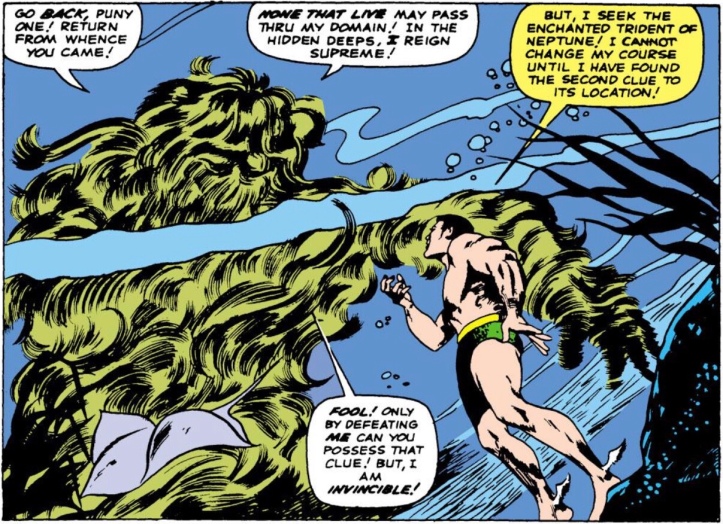 In the Hulk back-up feature:

Not really. The artwork on the Namor story is pretty good, but the story is pretty blah. It’s a shame, really. I’m liking Gene Colman’s pencils, but it feels like they’re being wasted on this dumb quest and its bland villain.

The Hulk story continues its breakneck pace, but the plot is beginning to become incoherent. It doesn’t help that Jack Kirby only does layouts in this issue; Demeo is okay as an inker, but his house-style pencils aren’t very attractive here.