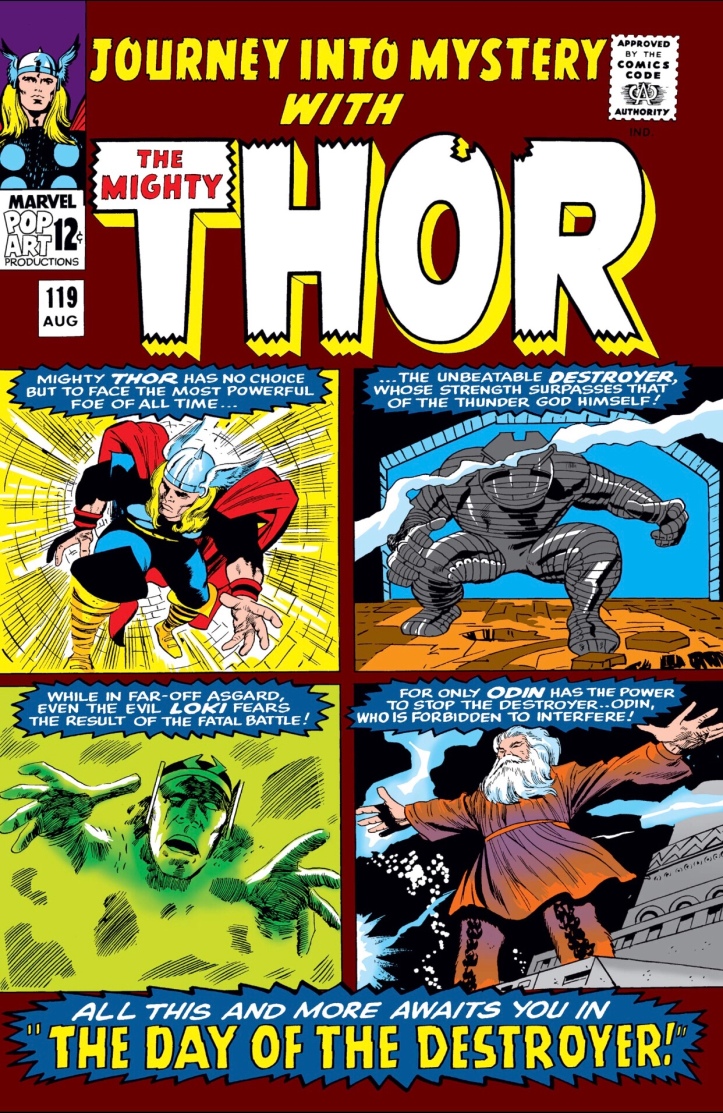 “The Day of the Destroyer”

Thor must battle the Destroyer —- one of the few beings that Thor cannot defeat! 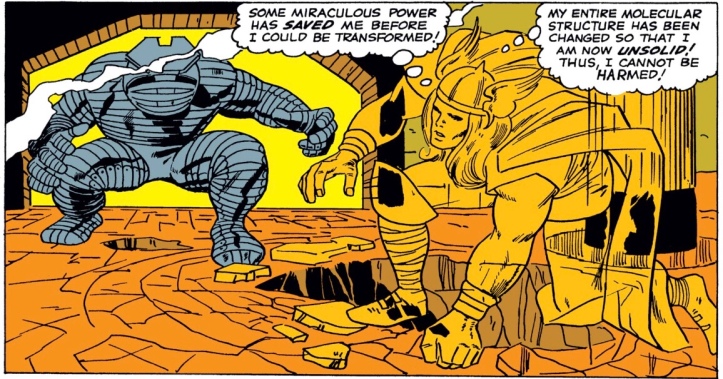 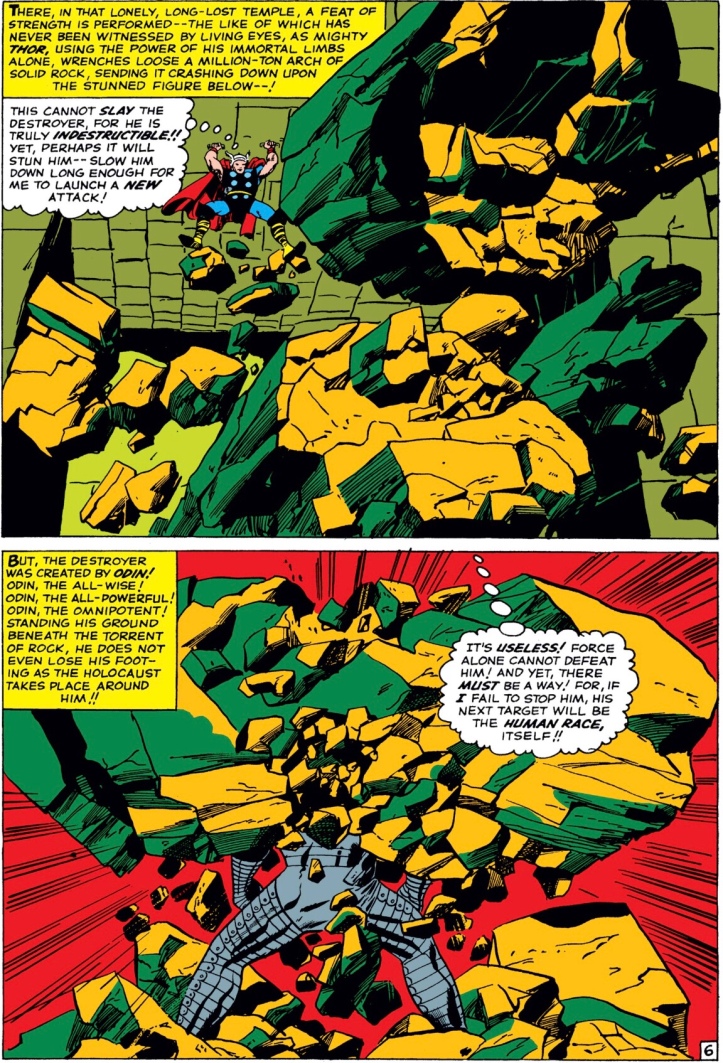 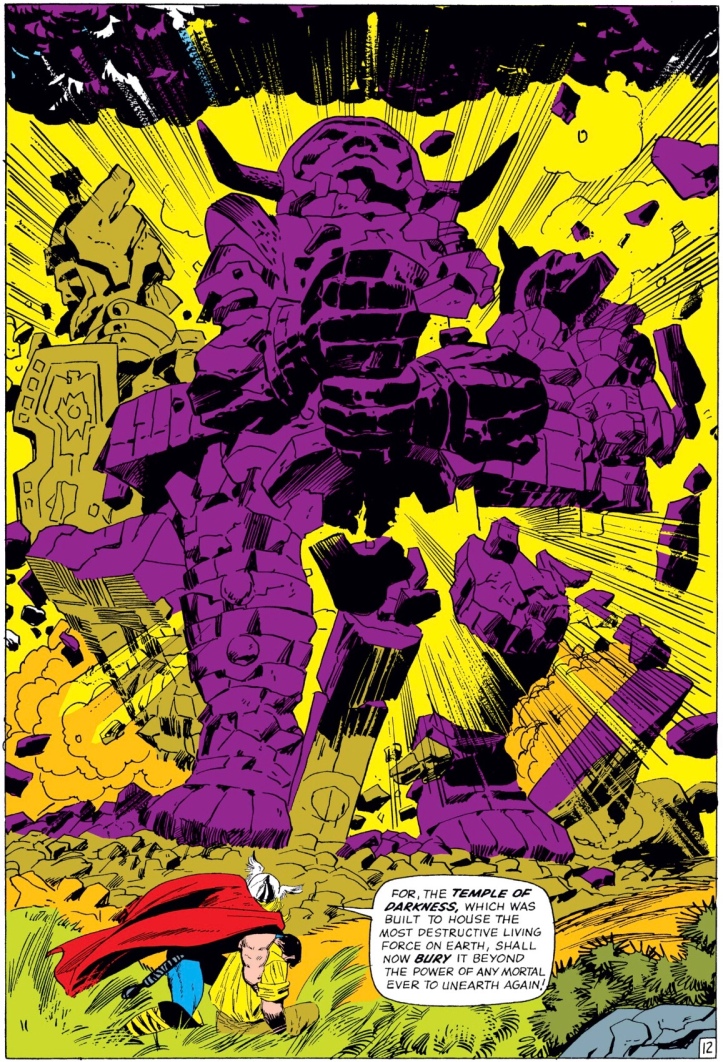 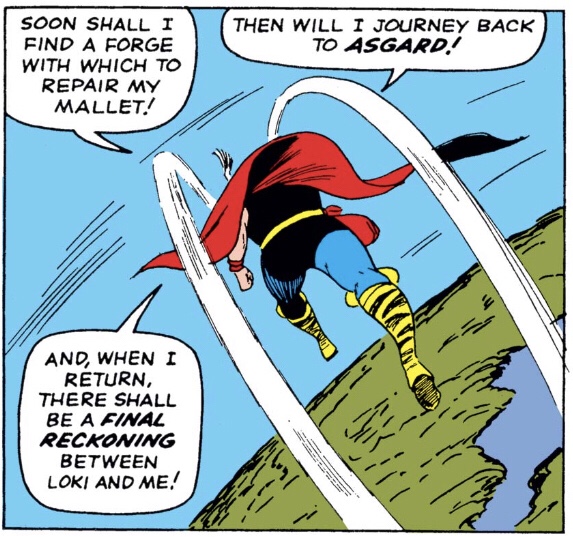 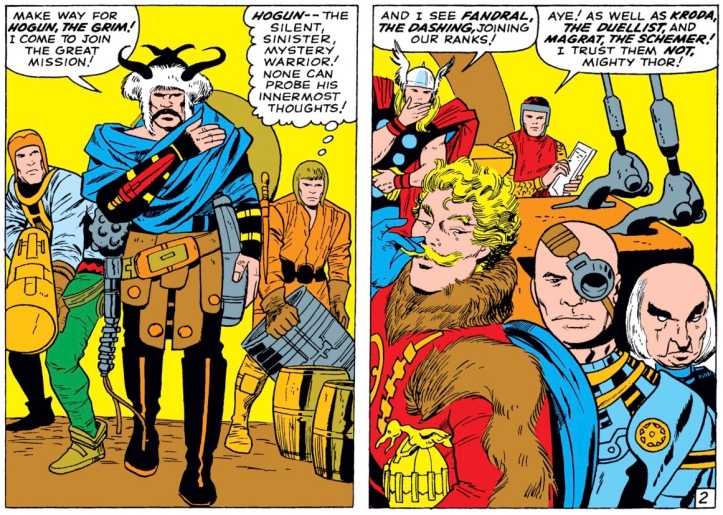 I enjoyed this issue. The main story was more than a little strange, with some unexplained plot points (Why, exactly, didn’t Thor accept Odin’s help? Did Loki try to use magic to wake Odin? Will waking up from the Odinsleep impact Odin?) and the over-convenient timing of magical spells in the plot. Still, it provided Thor with an unfamiliar challenge and unusual allies. I am also glad that Stan and Jack are paying more attention to continuity; Thor using the Norn Stones and wanting to fix his hammer are both things that would have been fixed between issues not too long ago, but here they are fueling future stories.

I have a slight problem with the Tales of Asgard back-up feature, though. While I like that the feature has evolved into a serial format, it is not being given much room to tell a story. This month, there are five pages, with one being a splash page. I want to see more of Asgard and the various out-of-time adventures that Thor goes on, but at five pages per issue, it feels like there is little plot progress each month. 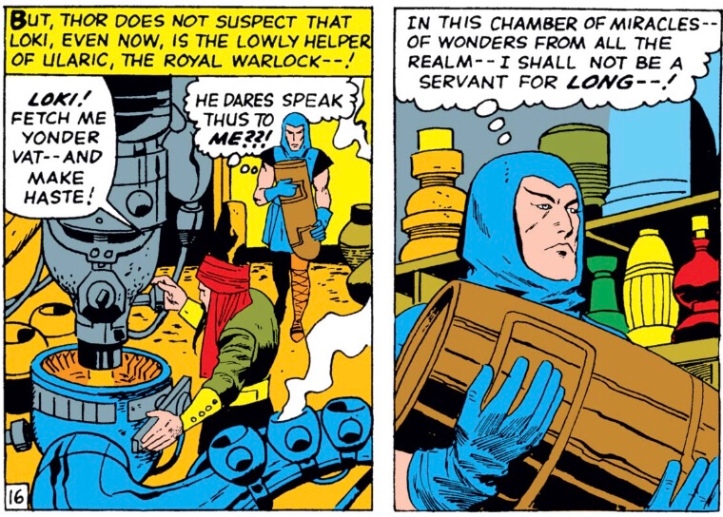 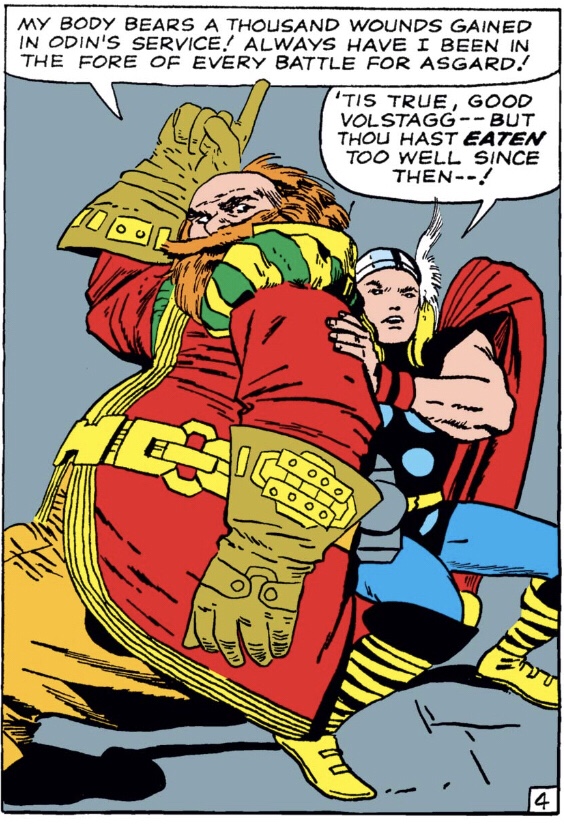 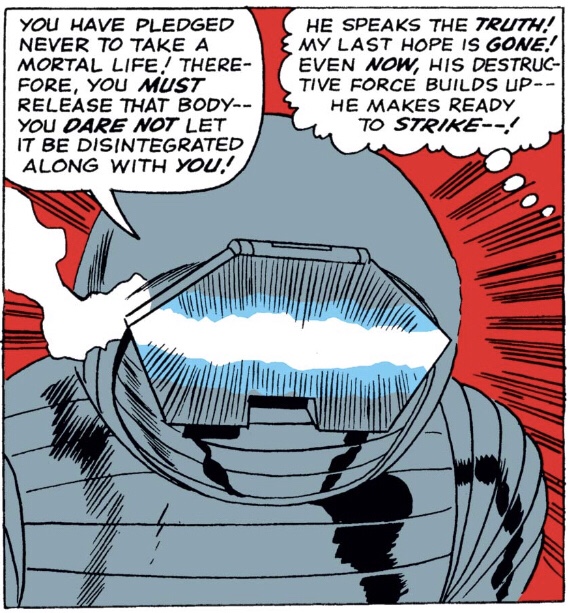