The Howling Commandos are sent in a mission to take down Baron Strucker and his Blitz Squad. 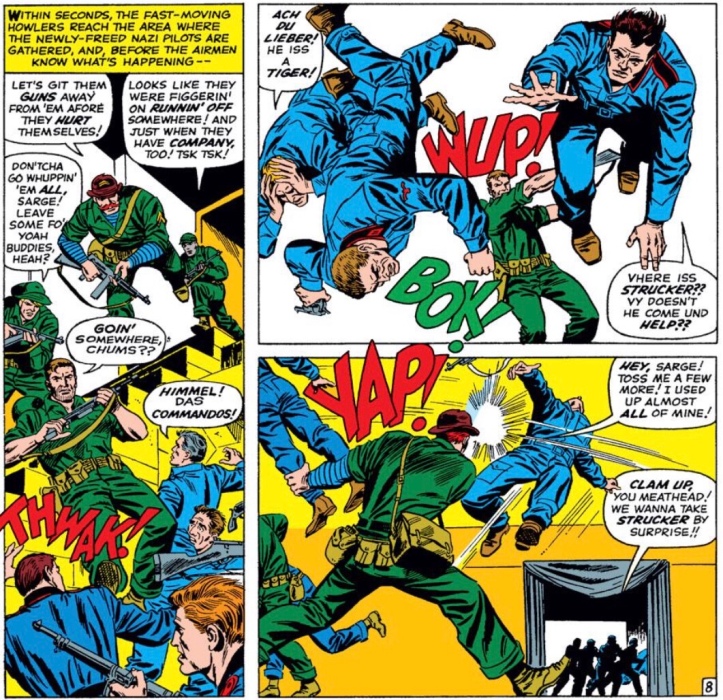 No, it’s not. I had high hopes when this issue opened with Baron Strucker, but I was underwhelmed. Baron Strucker and his Blitzkreig Squad gave the Howling Commandos no more trouble than any other Nazis. The entire point of the Blitz Squad was to have the Nazi equivalent of the Howling Commandos, which would imply that the two squads are evenly matched. Apparently not! That made the story predictable and boring; the parts that weren’t dull were inappropriately goofy, as Dick Ayers drew some bizarre fight scenes in this issue. 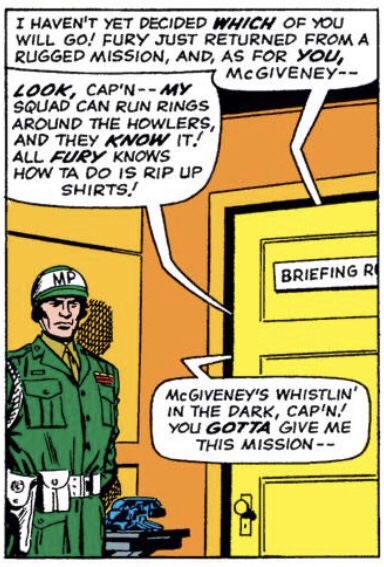 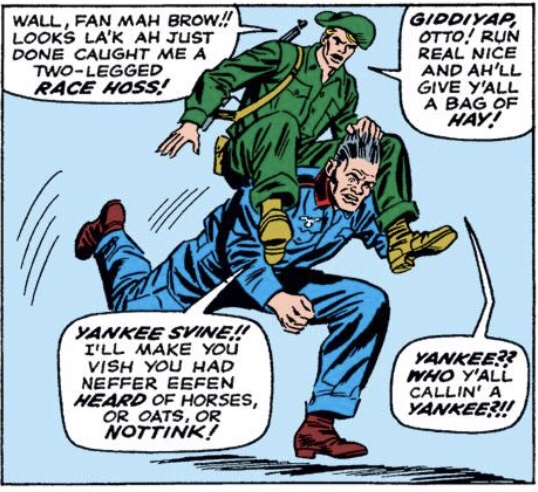 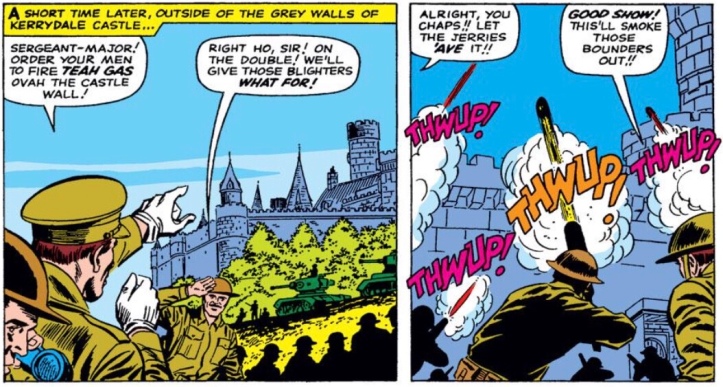