“The Battle of the Baxter Building”

Daredevil and the Fantastic Four fight Doctor Doom and try to restore the FF’s powers! 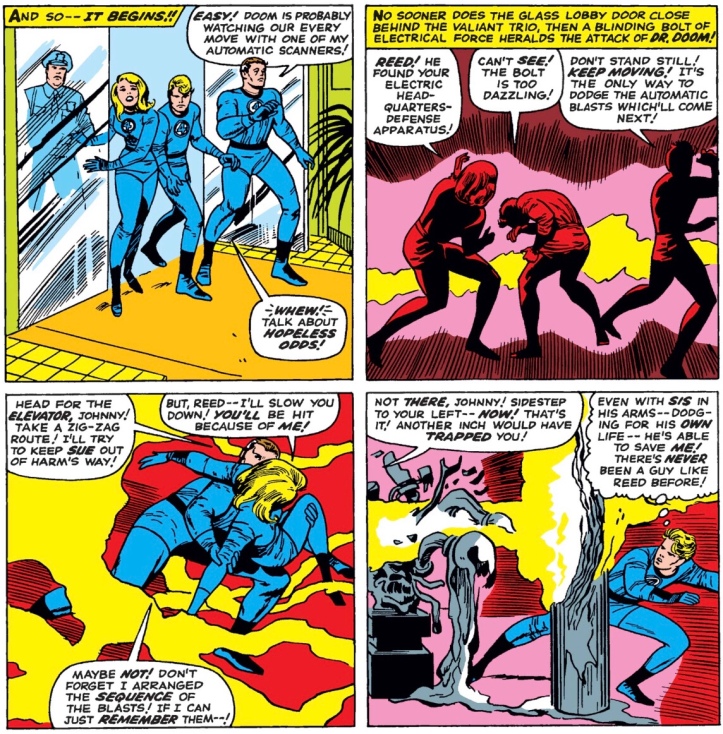 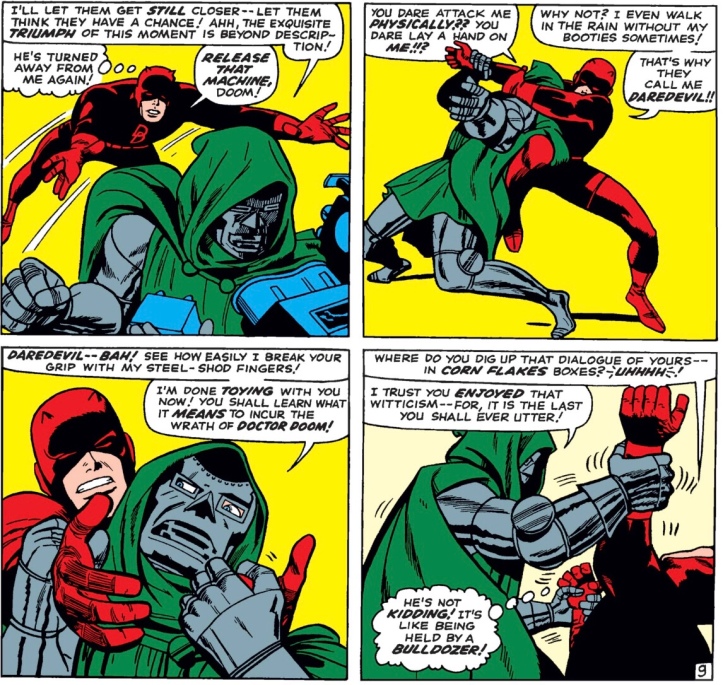 Yes, this was a good issue. The plot is a little familiar — this is the second time the FF have lost their powers this year — but Ben’s heroics at the end of the issue set it apart.  The Thing fighting Doctor Doom is easily Ben’s finest moment to date, and that more than makes up for the story being only okay.  Jack Kirby does a great job showing Ben struggling to overcome Doom, and the panels where he is crushing Doom’s gauntlets were just great. 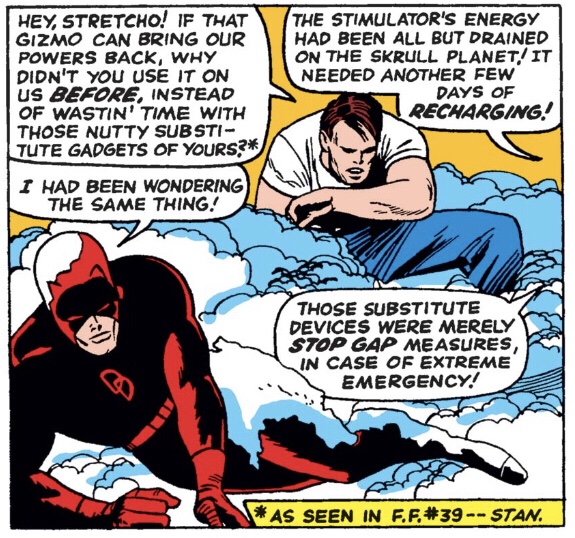 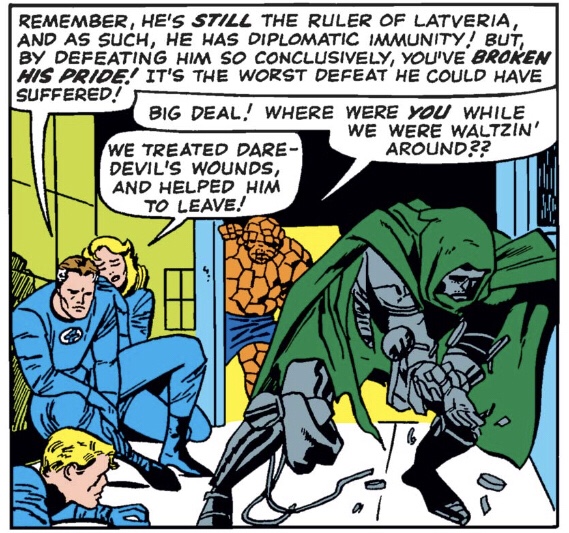 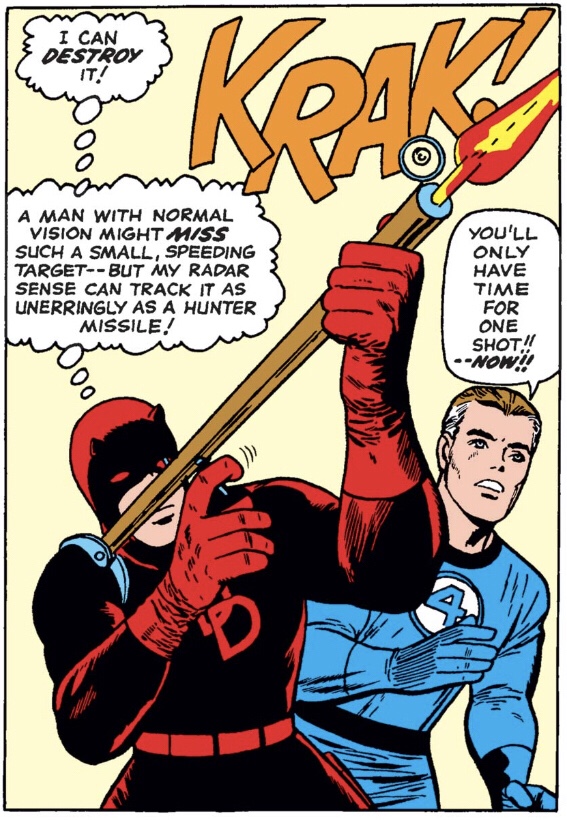 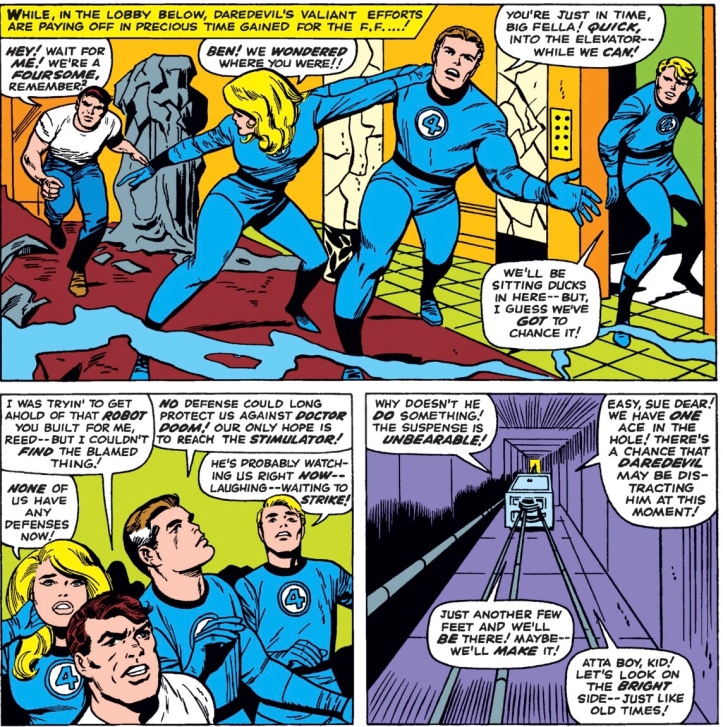