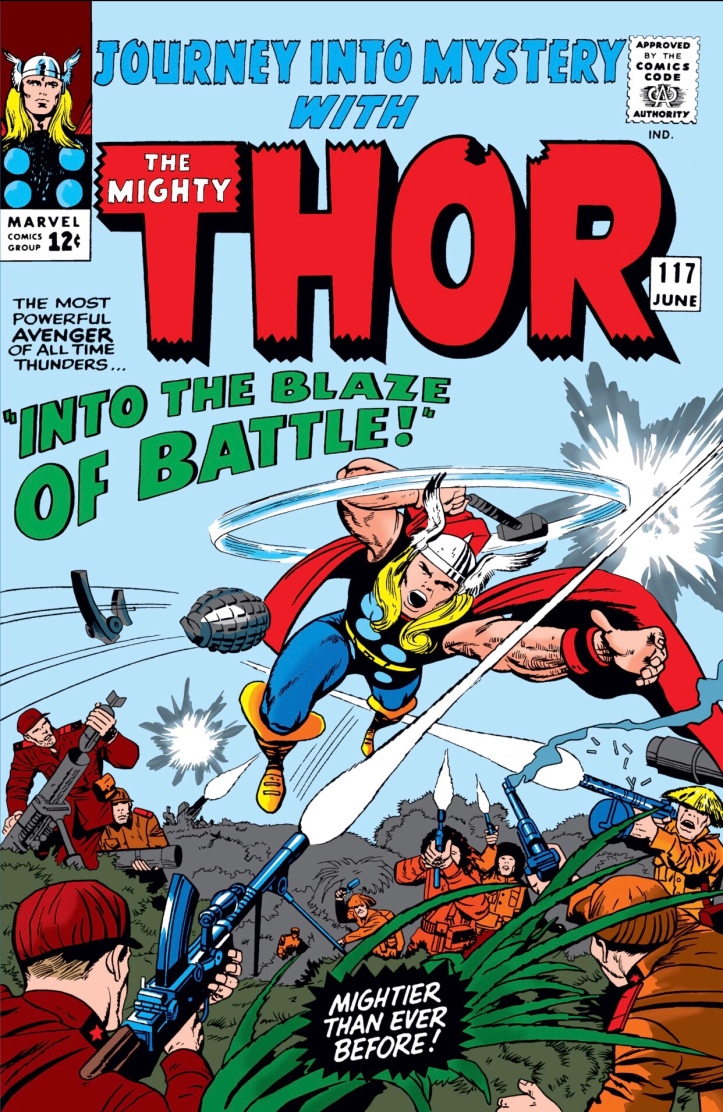 “Into the Blaze of Battle”

“Tales of Asgard: The Sword in the Scabbard”

Thor takes on some Communists in the main story. In “Tales of Asgard,” Thor and Loki are given an epic quest.

In the main Thor story: 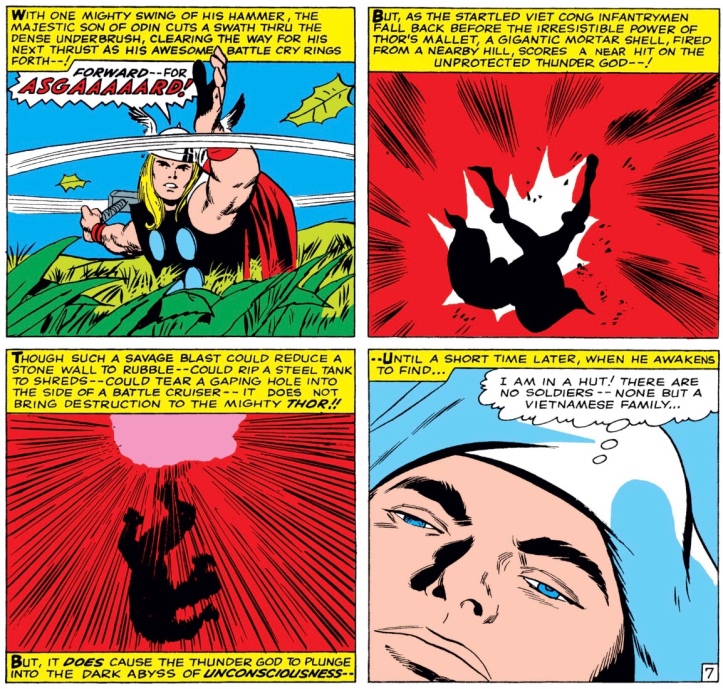 On the whole, no. There are some things that I liked in this issue, though. I am happy to see “Tales of Asgard” starting to use serial storytelling; I think that will really improve the story quality of this back-up feature. Jack Kirby drew some pretty cool fight scenes in this issue, too. And he didn’t make the Vietnamese characters look like evil stereotypes —- I think that may be a first for him in the Silver Age.

The main story, though, is truly bad. Let’s pretend that it makes sense that Thor can get knocked out and have his unconscious body moved somewhere without him dropping his hammer and transforming back into Donald Blake. Let’s pretend that the mighty Thunder God has a harder time crossing a thick jungle than a normal man with a disability that hampers his walking. Even if those two really dumb plot points are ignored, this story is arguably the most ham-fisted anti-Communist story Stan Lee has ever scripted. I get that this was written in the Cold War, but this was clumsy beyond belief. And the story resolution —- suicide as a solution to Communism’s degrading personal impact —- made my jaw literally drop. This story aged very poorly. 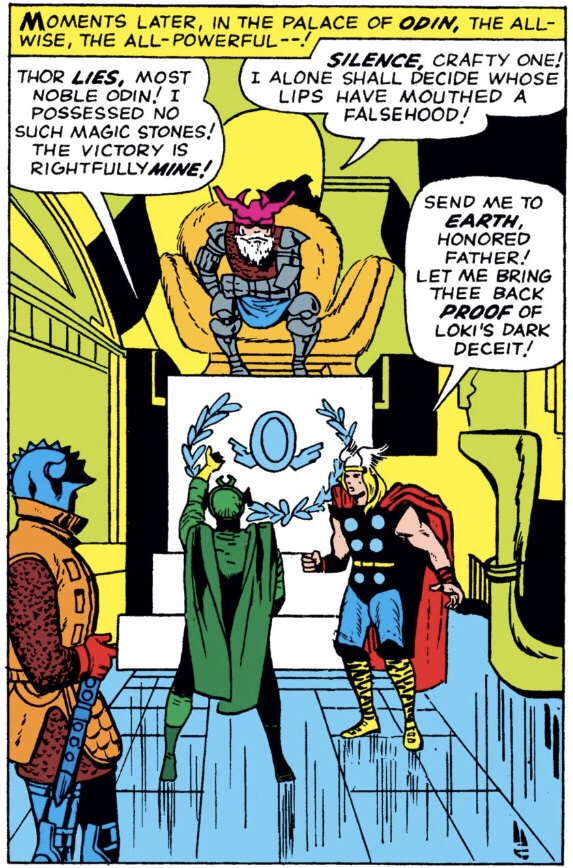 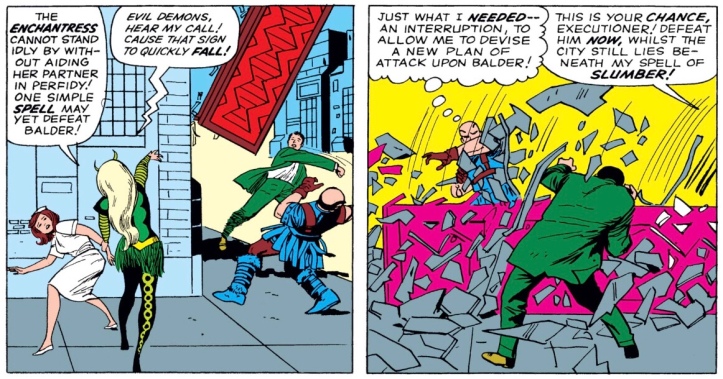