“The Bouncing Ball of Doom”

“The Hunter and the Hunted!”

The Human Torch and Thing team up to fight…a floating bowling ball, or something.

Meanwhile, Doctor Strange is busy trying to keep one step ahead of Baron Mordo.

In the Human Torch & Thing story: 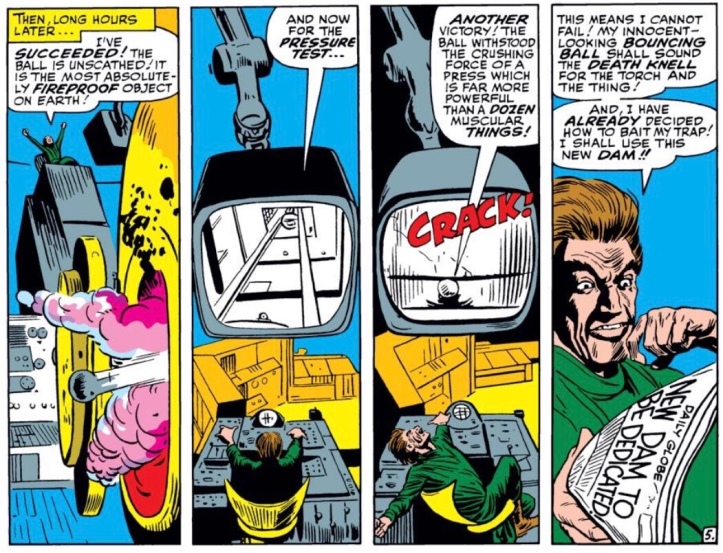 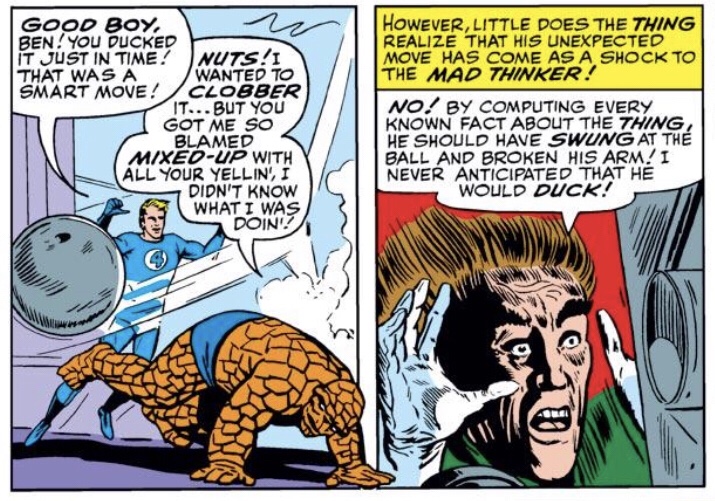 In the Doctor Strange story: 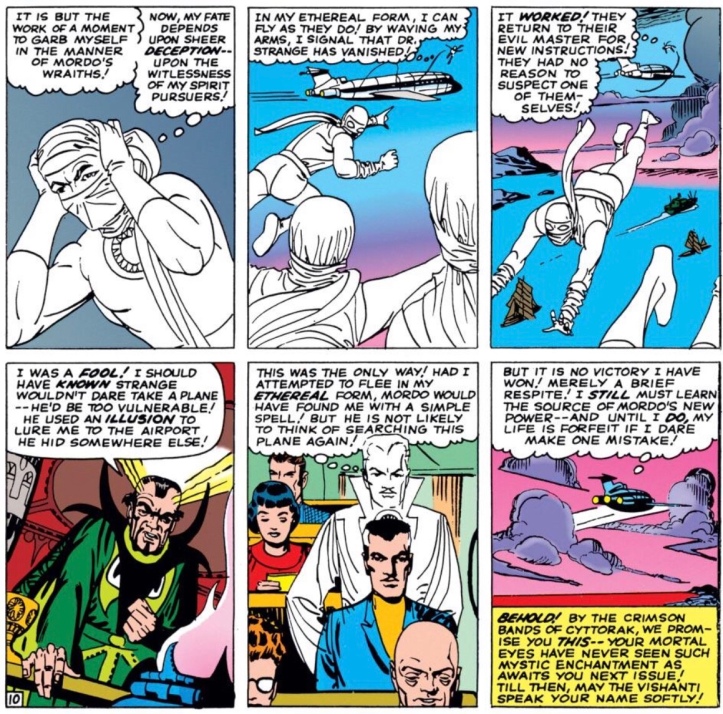 It’s a tale of two feature in this issue.

The Human Torch & Thing story is dull, dumb, and the artwork is suspect. It’s not just that Bob Powell draws the Mad Thinker off-model; he makes a lot of odd choices of what to draw in each scene. For instance, he spends a lot of time showing action happening on the Thinker’s tiny monitor screen — why not simply draw the action.?

The Doctor Strange story is much, much better. I like having a continuing storyline, I like seeing Doctor Strange as an underdog, and I like a lot of the story choices. Having Strange re-use the same spell, but tweak it slightly was a cool choice. It implies a certain degree of helplessness on Doctor Strange’s part, but also cleverness, and it’s a nice touch. The art looks great, too. I’m still not a fan of astral projections being entirely in white, but having action on the physical and astral planes at the same time worked well. Oh, and Baron Mordo’s hair is starting to actually look like a plausible haircut! That’s a nice change. 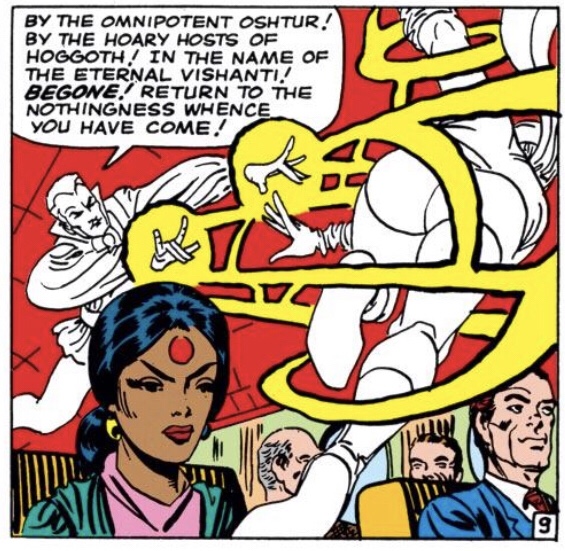