“The Vengeance of the Thunder God!”

“Tales of Asgard: A Viper in Our Midst”

Thor battles the Absorbing Man on Earth, while Loki maneuvers him into a serious situation in Asgard. 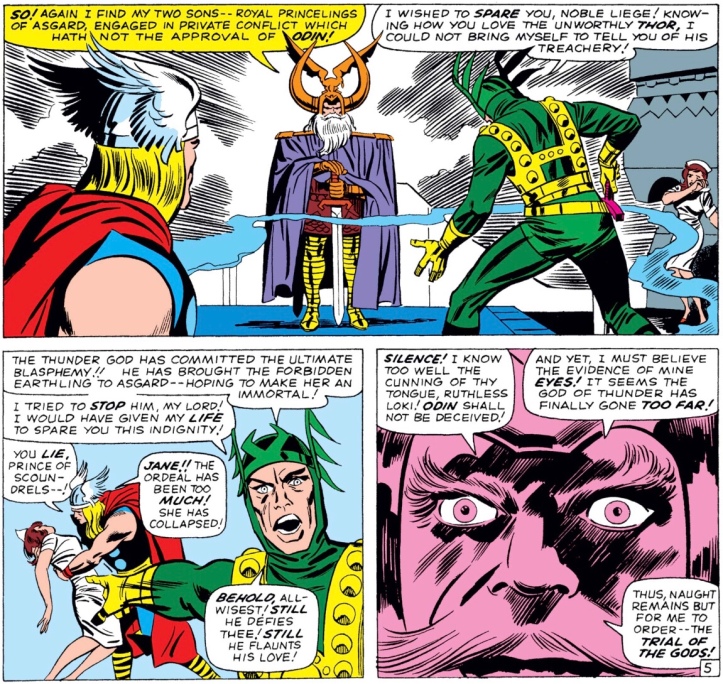 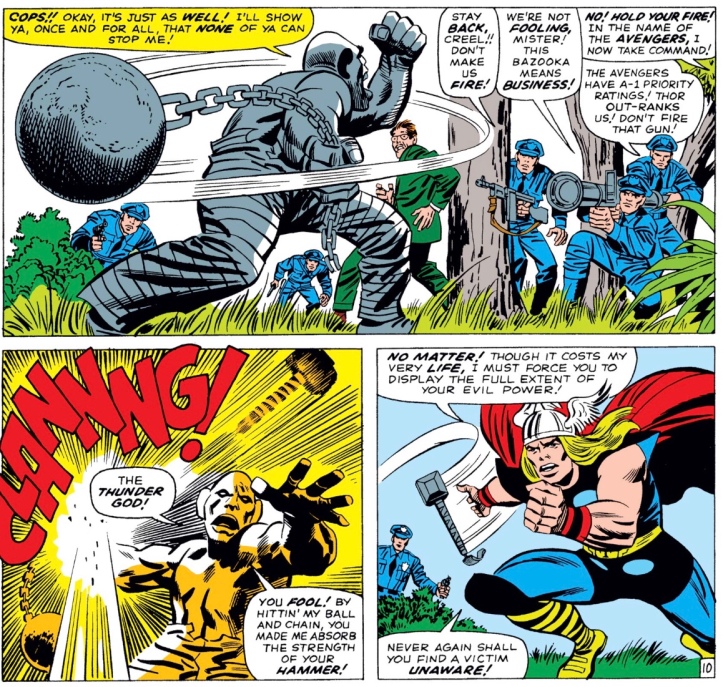 Tales of Asgard was an okay, but not particularly revealing, snippet about Loki’s descent into villainy.

The main story, though, was fun. It was very dumb —- the Absorbing Man can become…heat??? —- but it was entertaining. Keeping the plots moving quickly does wonders for this title. I am glad to see them treating this as a serial story (like the Hulk’s feature in Tales to Astonish), because juggling subplots and continuing them in future issues keeps this book from being formulaic —- which has been a problem for it in the past. 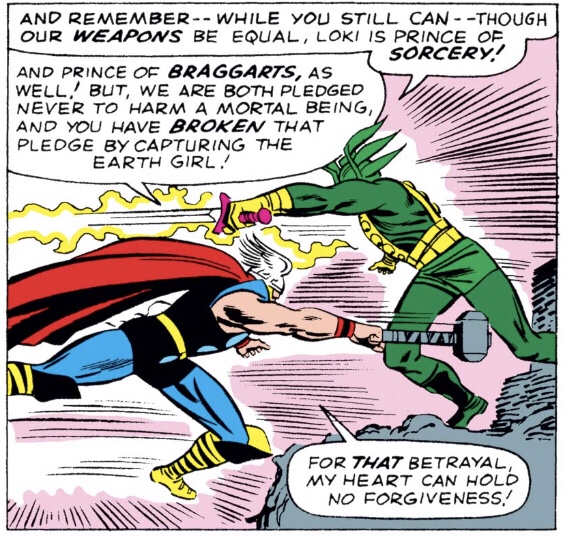 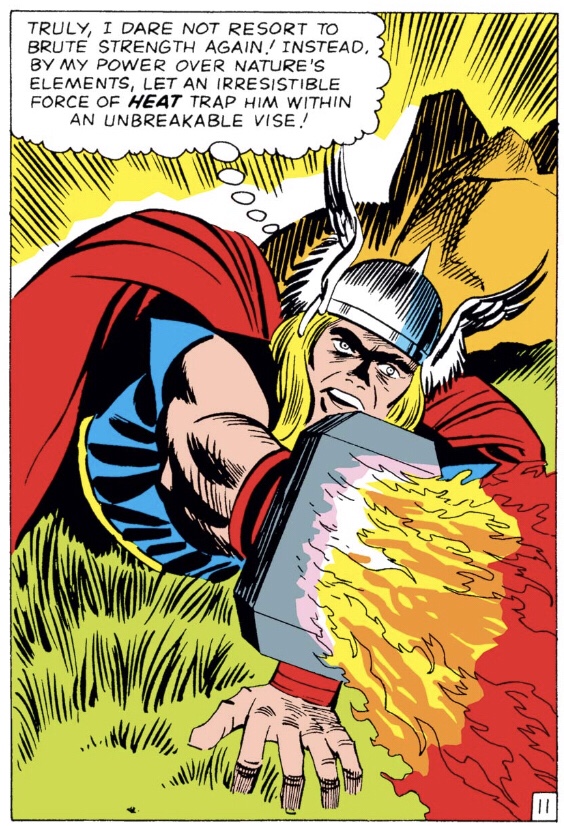 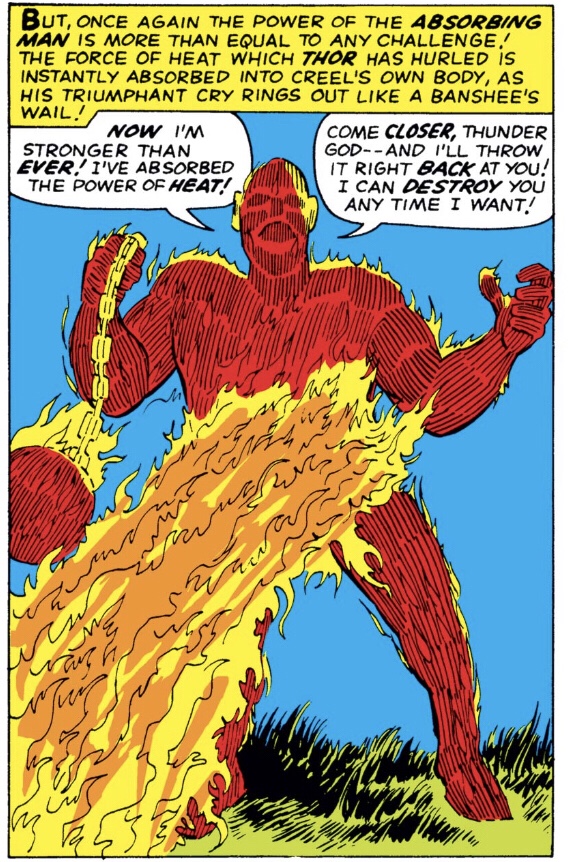 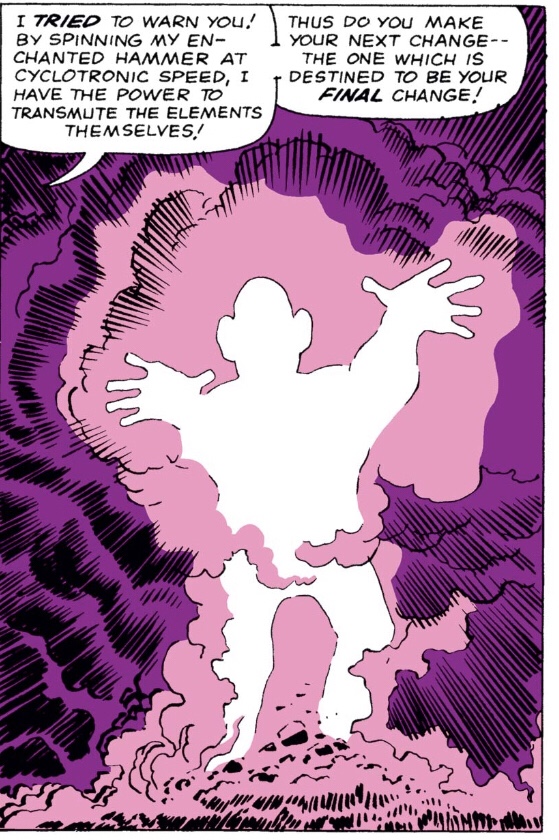