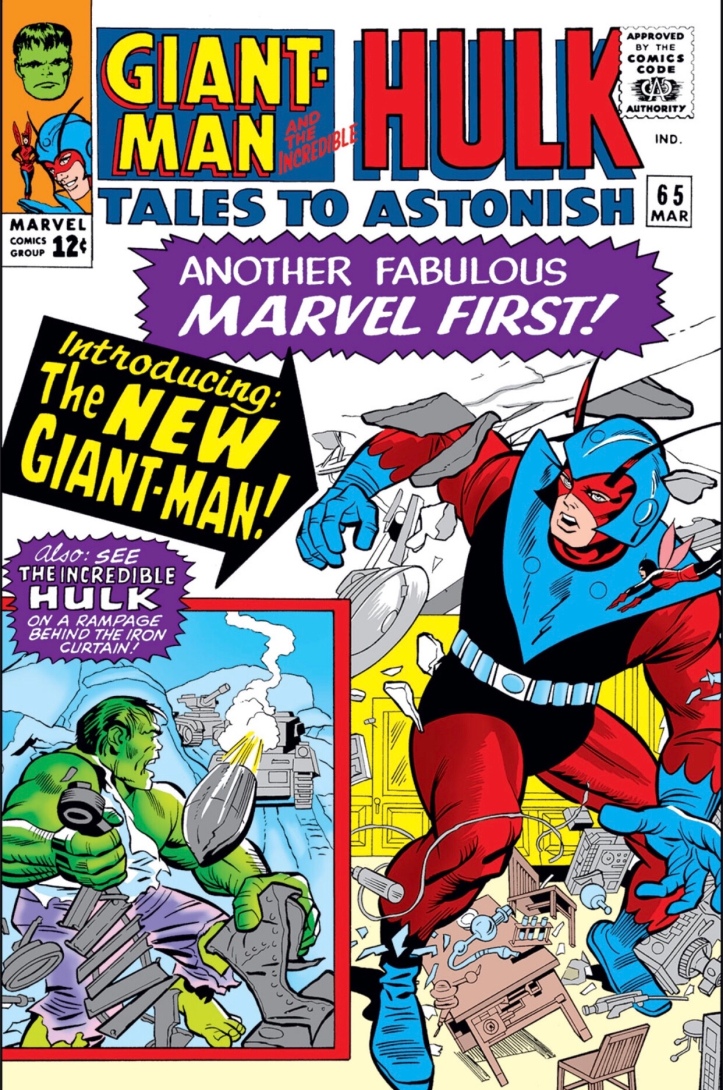 “On the Rampage Against the Reds!”

The Wasp designs a new costume for Giant-Man, as he improves his super-powers. Oh, and there’s a giant spider in the story.

Elsewhere, the Hulk begins by fighting the forces of the Leader and the US marines, and winds up in a remote Soviet prison for scientists. 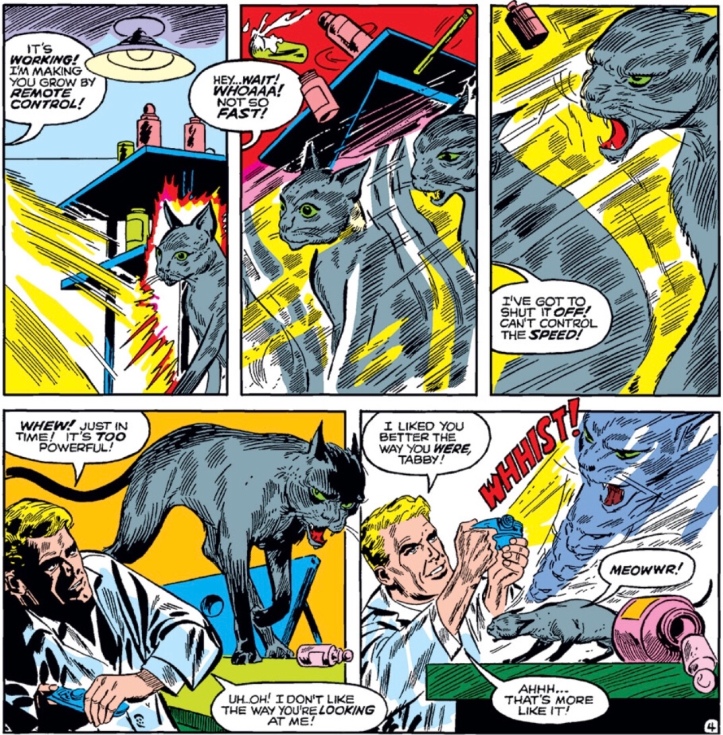 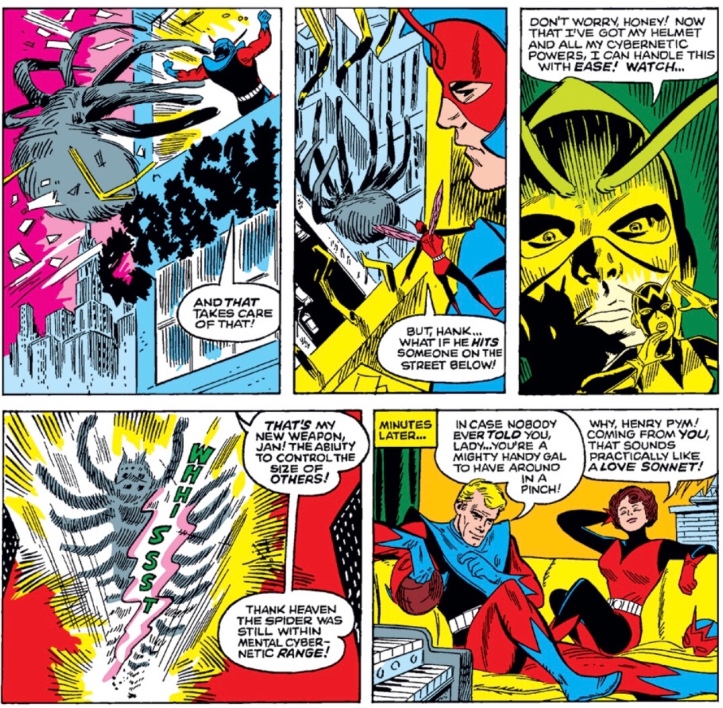 The Giant-Man & Wasp story was inconsequential and basically a one-off science fiction story. It’s fine for what it is, I guess. Bob Powell’s pencils are a little more detailed than the Marvel House style, so that was a nice change of pace.

The Hulk story wasn’t quite up to the standards of the past few months. The plot was overly busy, and the artwork looked rushed. They could have split this into three issues’ worth of stories, and it would have worked much better. I don’t care at all about the Hulk fighting the Commies, so I’m not very excited about where the story is heading, but who knows? Maybe next month’s plot will be just as busy, and the Hulk will wind up fighting bank robbers in Kansas or in space or some other nonsense.