“A Fortress in the Desert Stands!”

The Howling Commandos are sent to the desert of North Africa to hunt down a secret Nazi weapon. 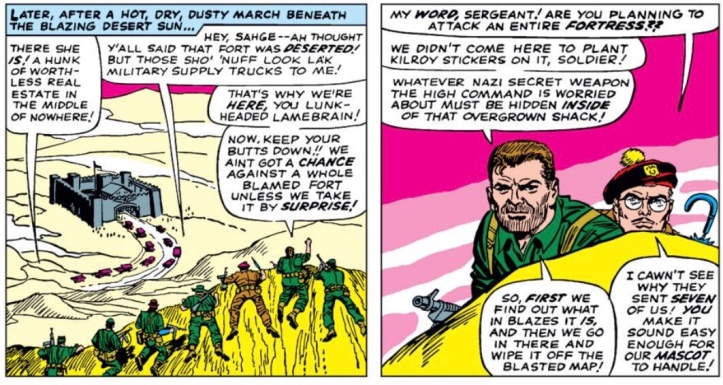 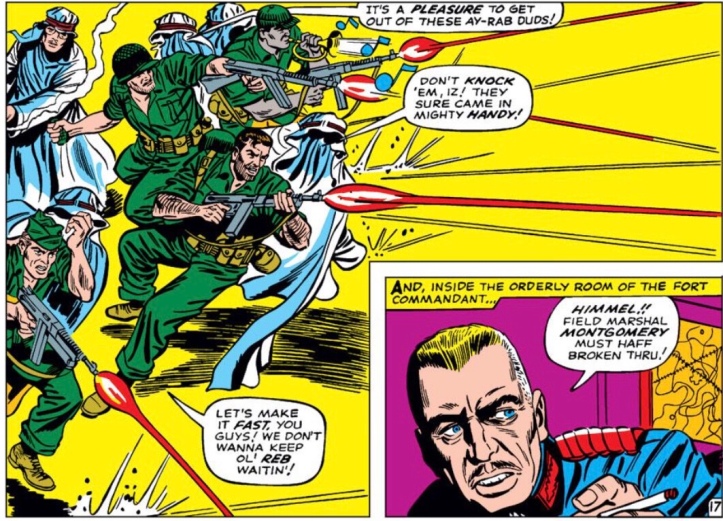 On the one hand, I appreciate the change of pace. Desert warfare in WWII was significantly different than the Western Front, and the notion of showing friendly Arabic characters in a 1965 comic impresses me.

On the other hand, this story grates on my nerves. White savior themes are always dicey, but the Bedouin in this story seemed just plain ignorant. That said, the plot (for what it is) was okay. But the dialogue was terrible! I am so incredibly tired of Stan Lee’s phonetic spelling for Germans and the Howling Commandos. It’s just so obnoxious: 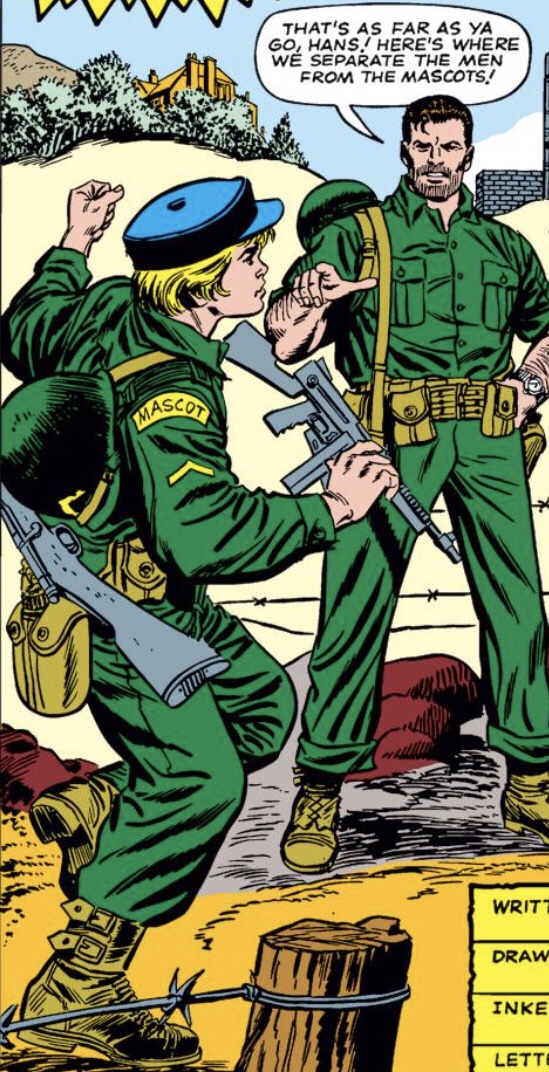 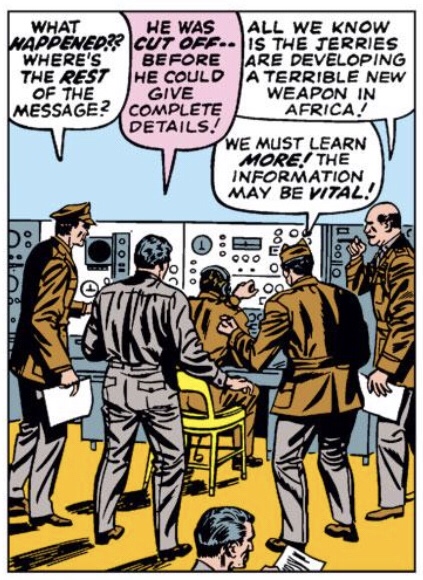 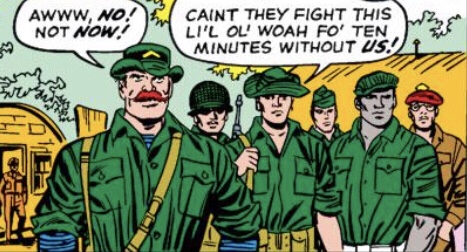