“The Origin of the Mandarin!”

Iron Man struggles to defeat the Mandarin, while Captain America takes on an entire prison cell block by himself.

In the Iron Man story: 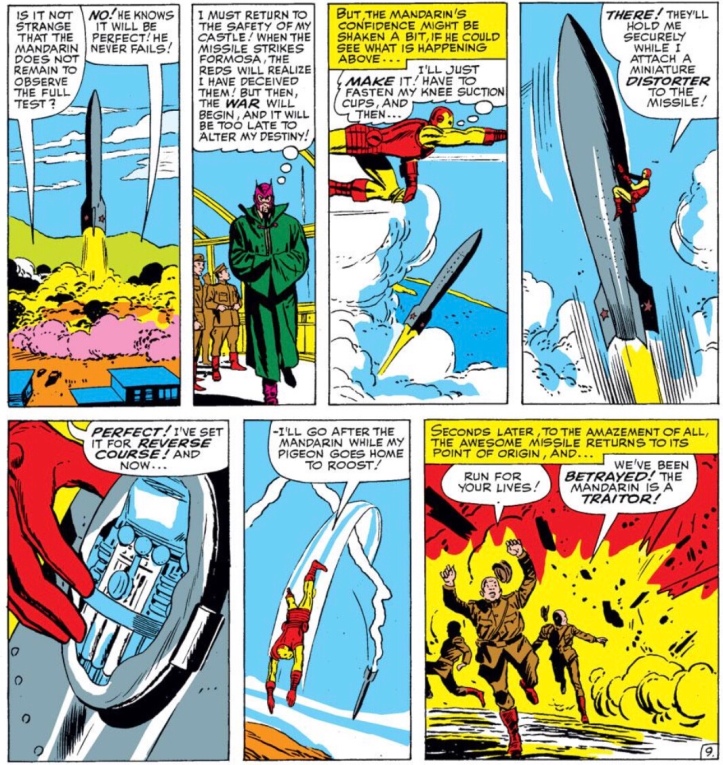 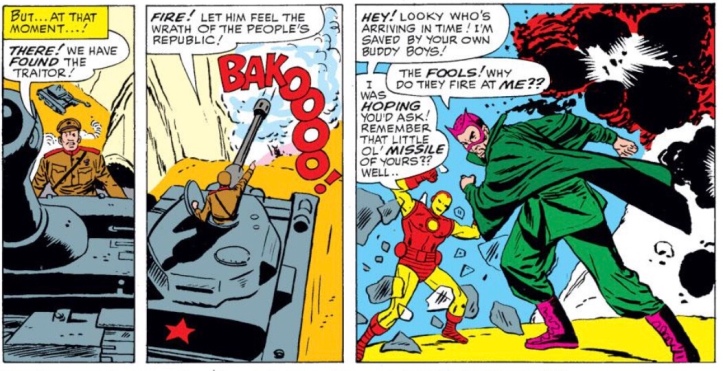 In the Captain America story: 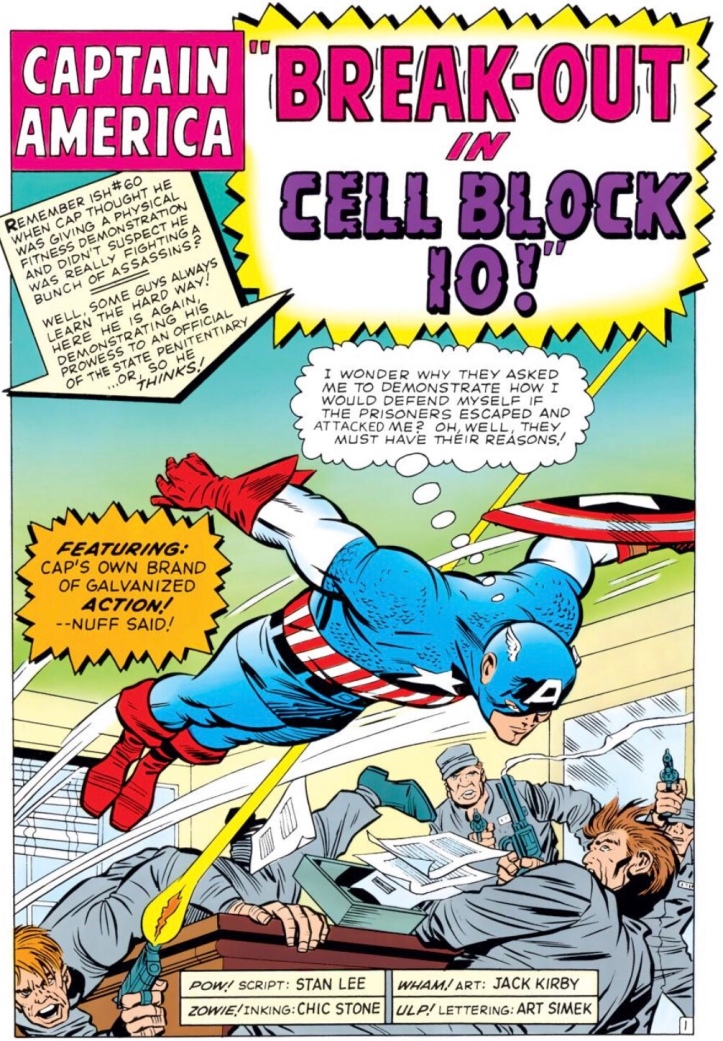 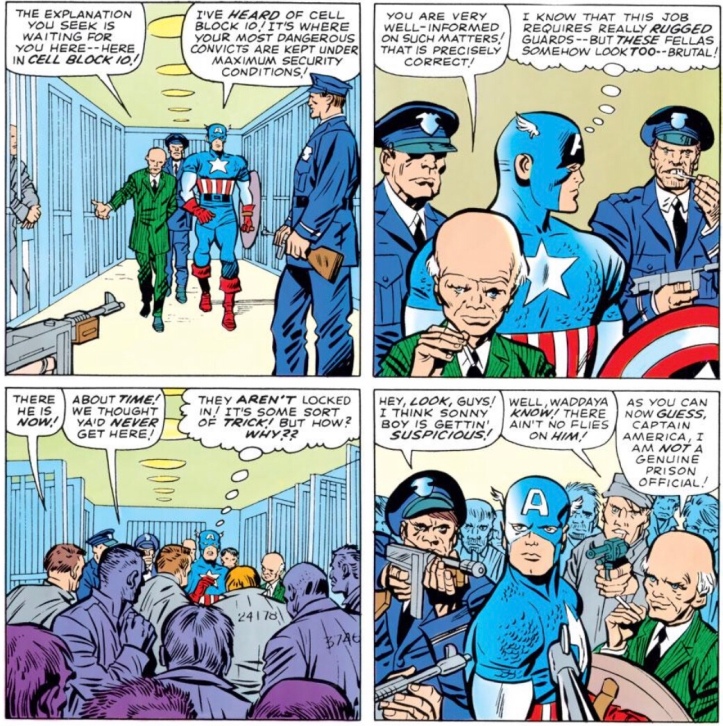 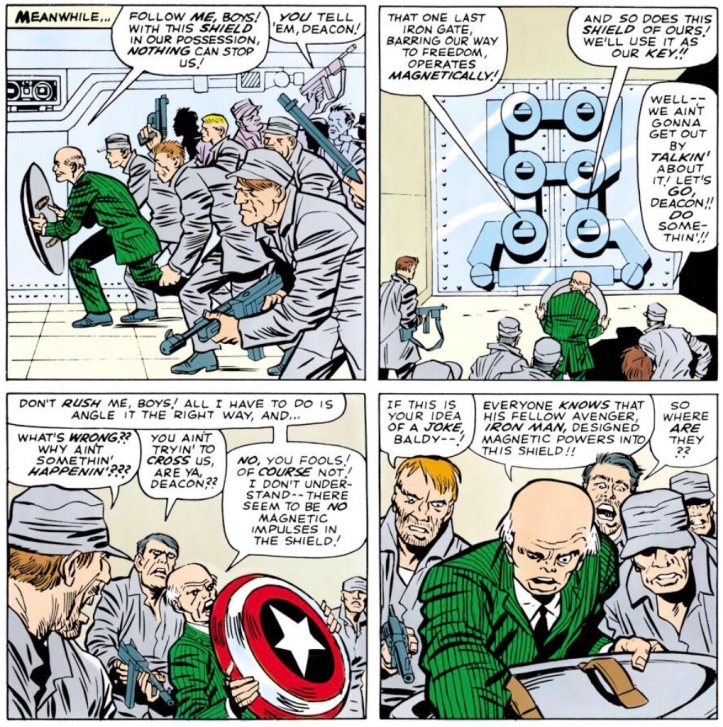 It’s okay, but not great. I don’t really like the idea of the Mandarin getting his powers from a dead space dragon, but Don Heck’s portrayal of the Chinese in this issue was mostly not racist, so I think it’s a net positive.

I’m getting tired of these dumb Captain America solo stories, though. They’re light and fun, and Cap fights entire rooms full of bad guys, but it’s getting repetitive. I’d love to see Kirby’s art applied to an actual ongoing plot for a change. 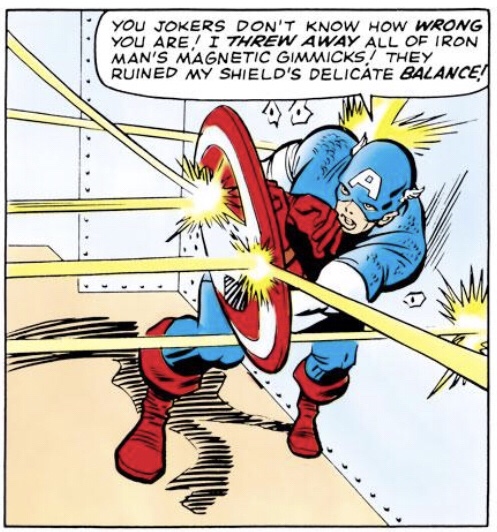 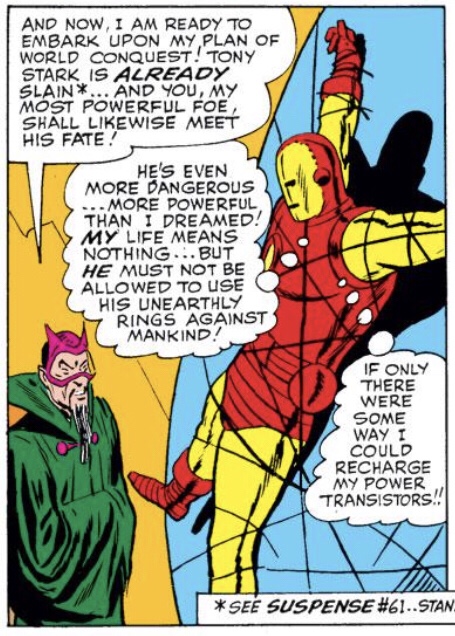