“Calamity on the Campus!”

Diablo returns and seeks his revenge on the FF! Somehow, that revenge involves using his potions to give a monstrous Android life. 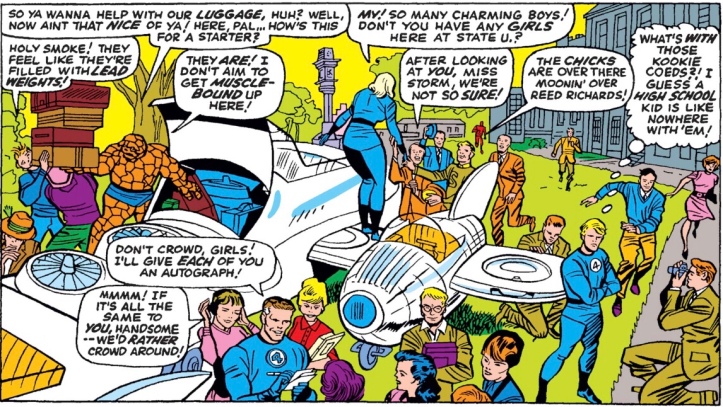 It has its moments, but this isn’t a great issue. Diablo is just an awful villain —- his powers are whatever the plot needs them to be, and his personality doesn’t extend past being a mustache-twirling baddie —- and he drags the story down. When Diablo shows up, the plot becomes absolute nonsense, every time.

Seriously, if Stan and Jack wanted to have the FF fight Dragon Man, why not have something improbable (lightning? an accidental chemical combination?) happen to give the Android life? Why did they waste energy on bringing back Diablo?

The good news is that the character work in this issue almost makes up for Diablo’s presence. We get to see Johnny being ignored by the public for a change, and the hit his ego takes. The Thing gets to be happy and goofy for a while issue; it would have been very easy for him to act sullen when reminiscing on his pre-rock-body past, so it was a pleasant surprise to see him written differently. Also, we finally seem to be getting some traction in the Reed / Sue romance, after a year-plus of treading water. 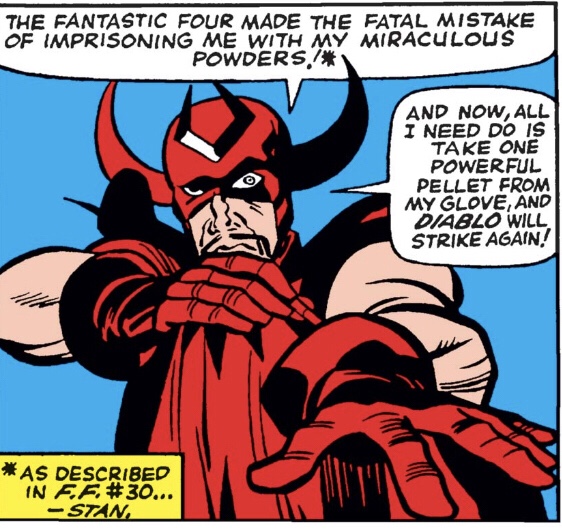 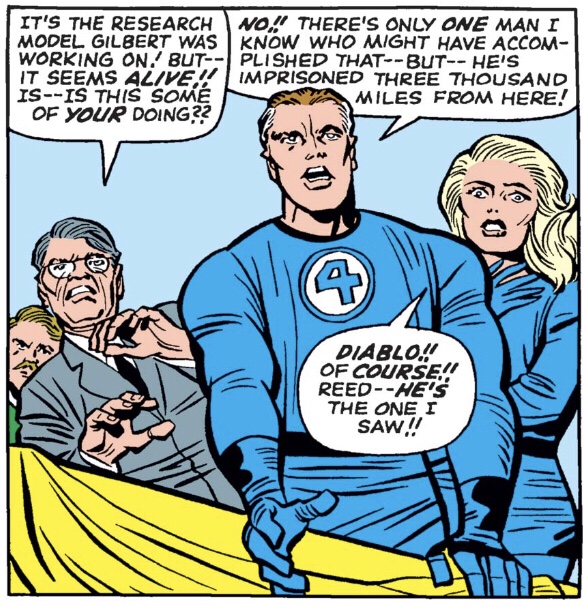 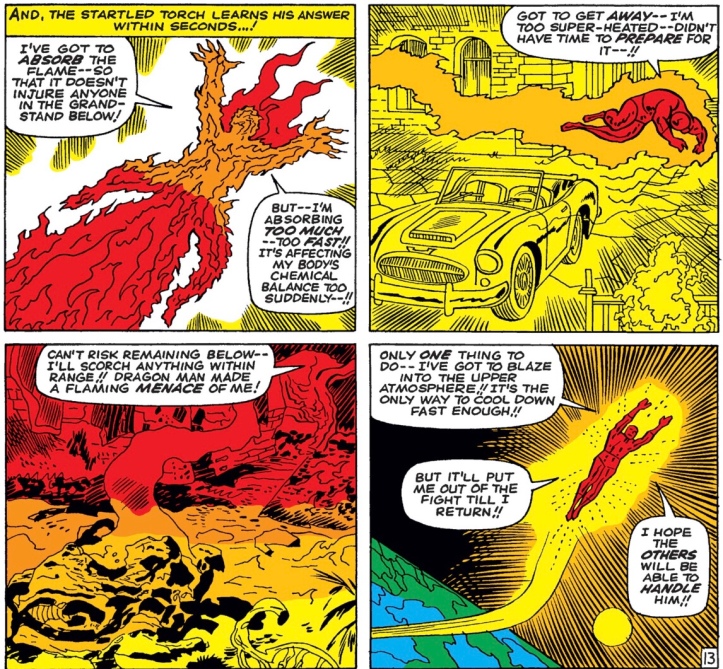