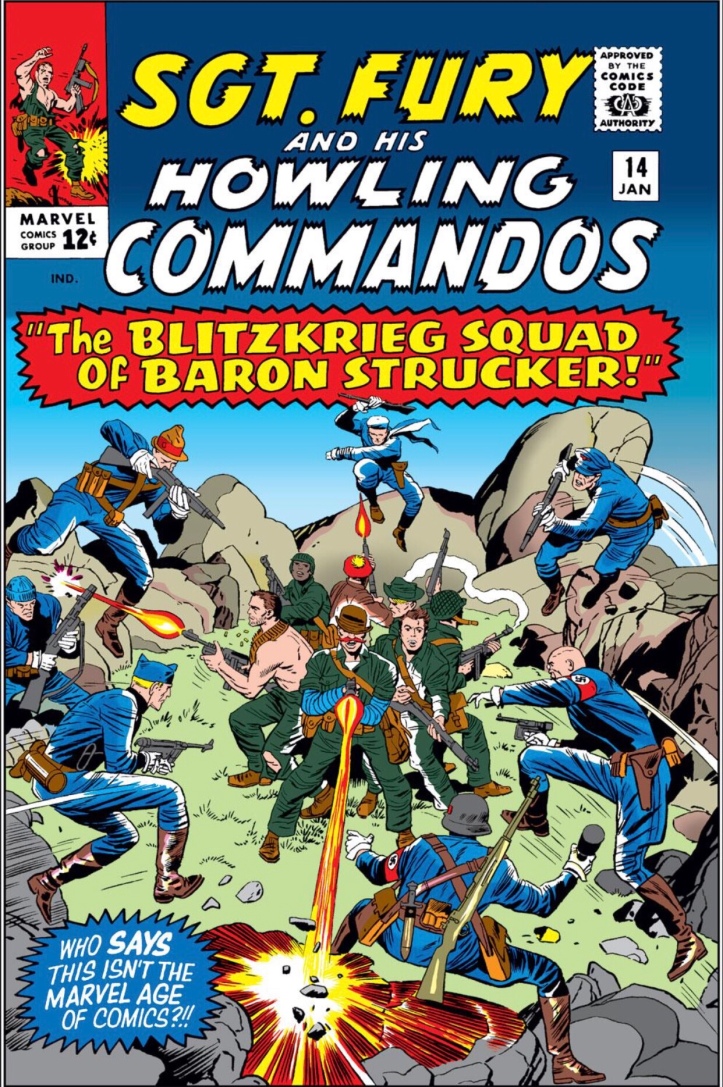 “The Blitzkreig Squad of Baron Strucker”

Baron Strucker creates his own crack squad of commandos to take down Nick Fury and his men. Will the Howling Commandos be able to handle a squad designed specifically to defeat them? 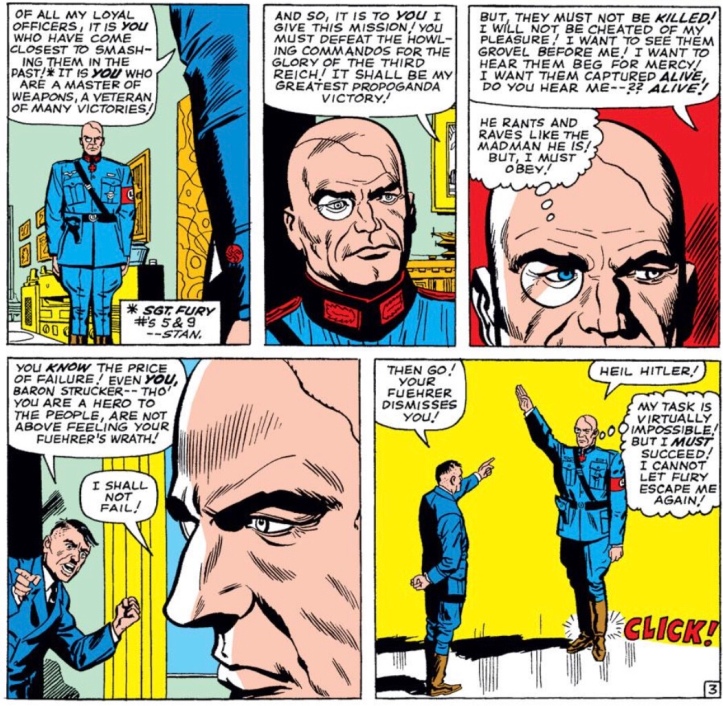 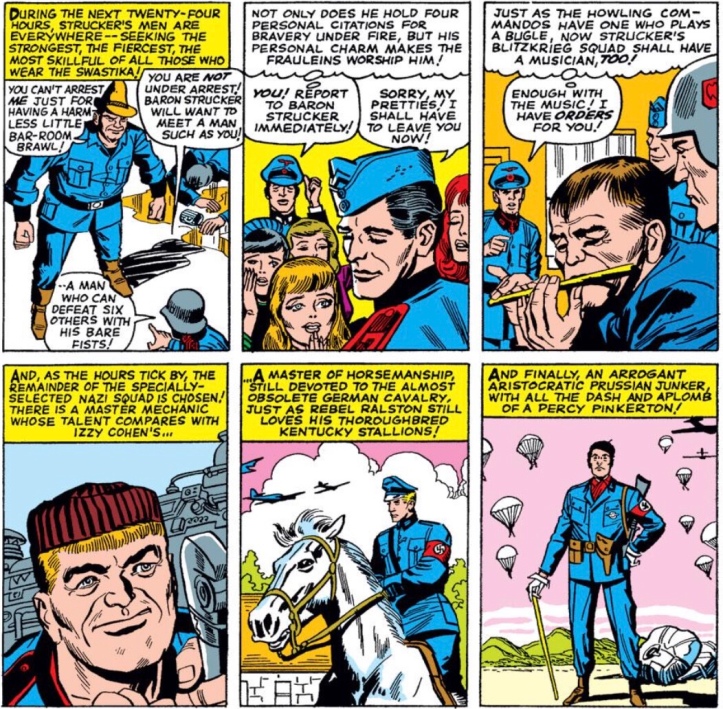 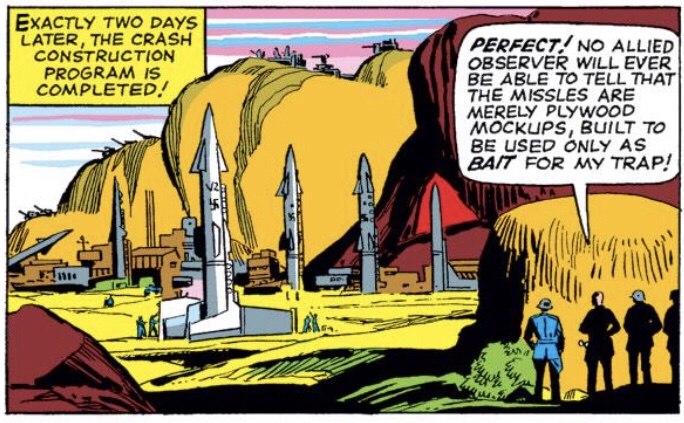 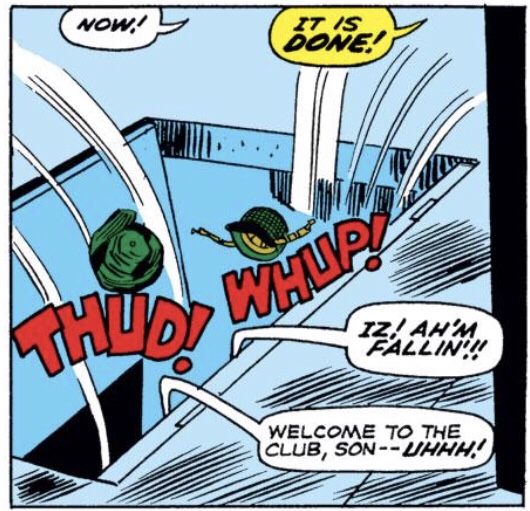 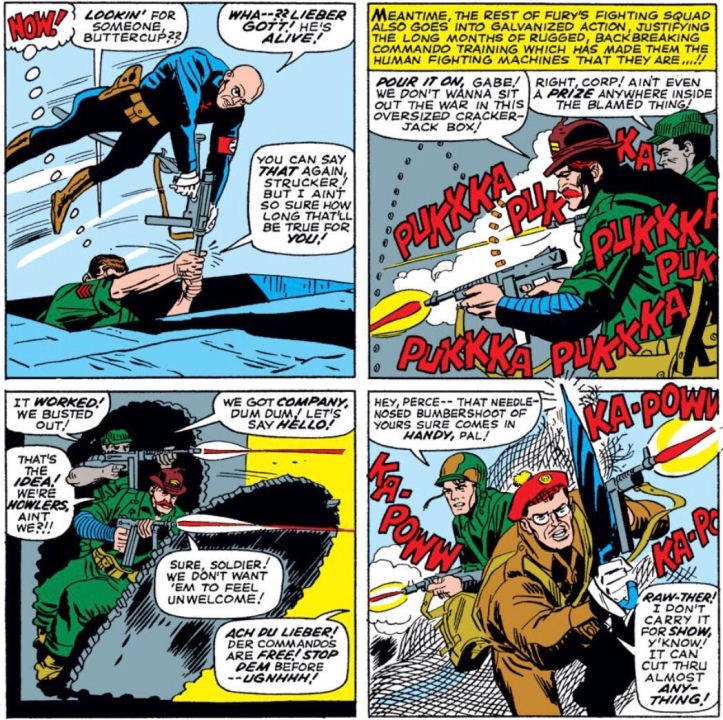 It’s okay. The idea of a German version of the Howling Commandos is kind of silly, but it has potential. I wish more of this issue focused on the Howlers fighting their Nazi counterparts, though.

Dick Ayers’ artwork is serviceable, but he doesn’t do much in the action scenes. Knowing that he stays in this title for a long time, that concerns me as a reader. 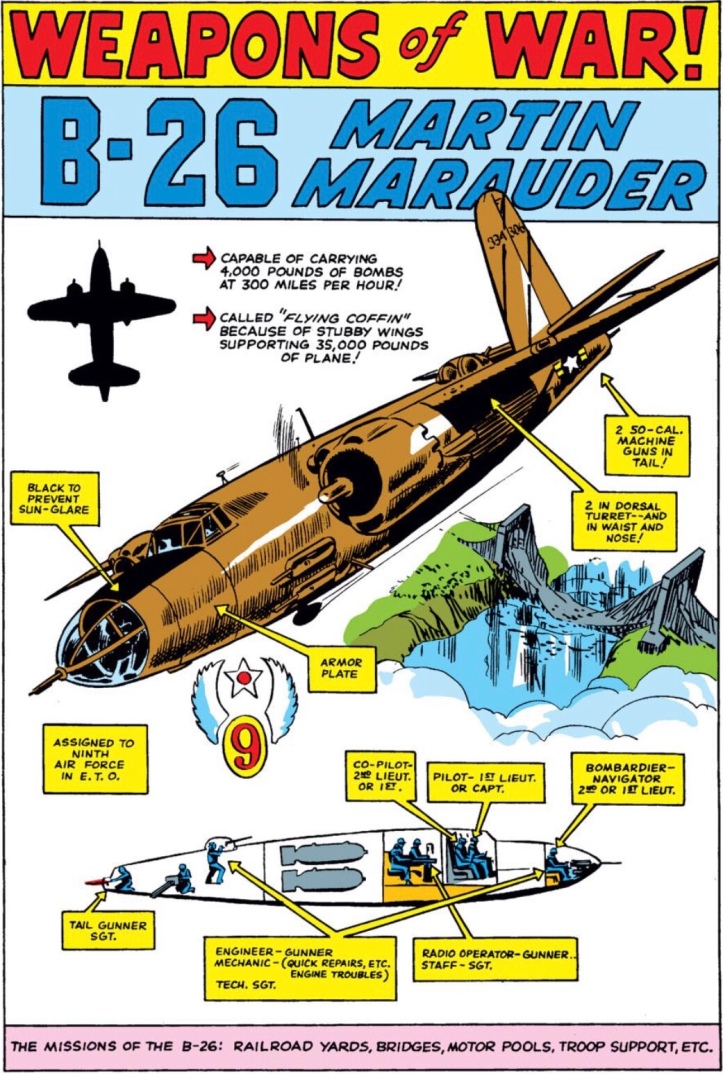 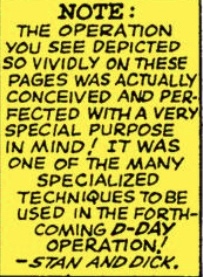 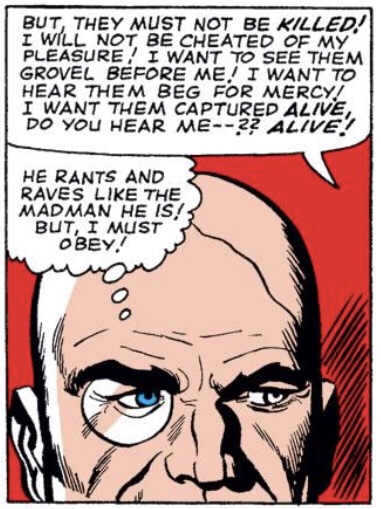 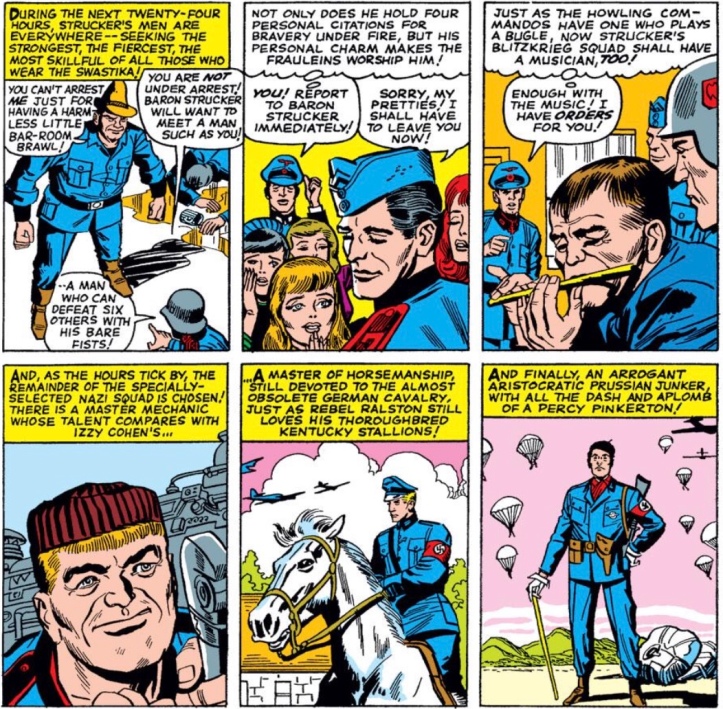 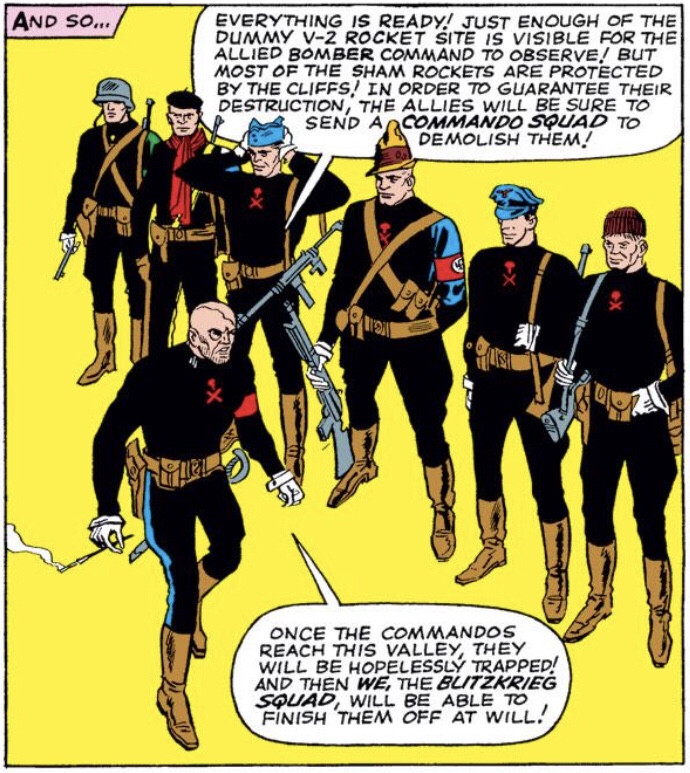 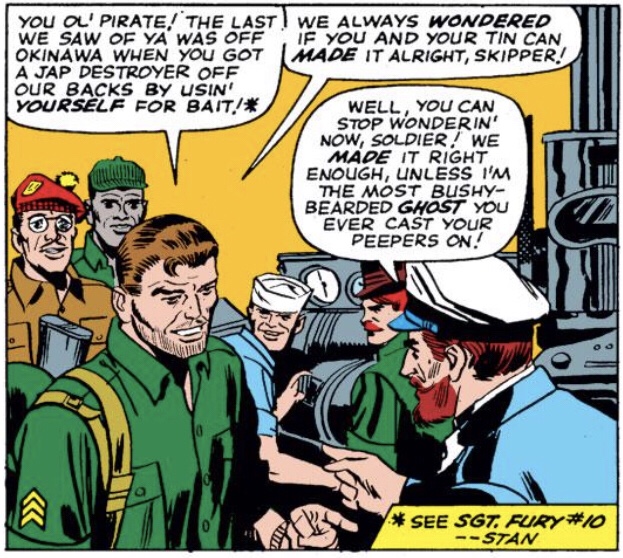