The world’s richest man, Gregory Gideon, wants to take over the world. To do this, he needs defeat the Fantastic Four! 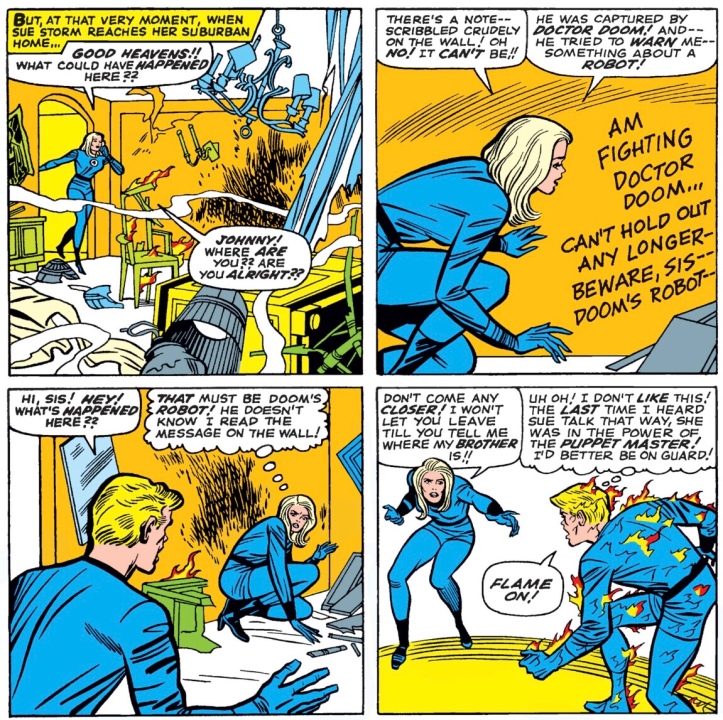 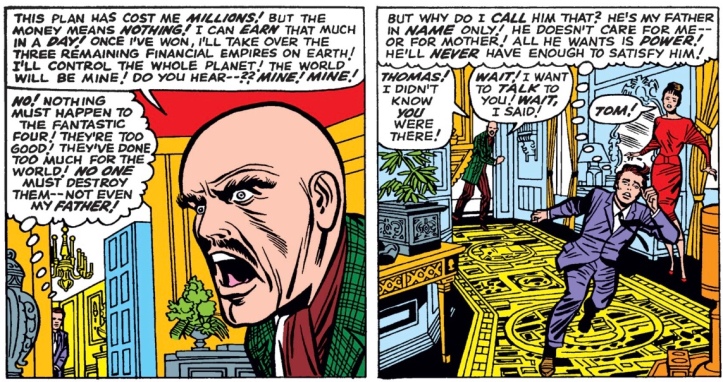 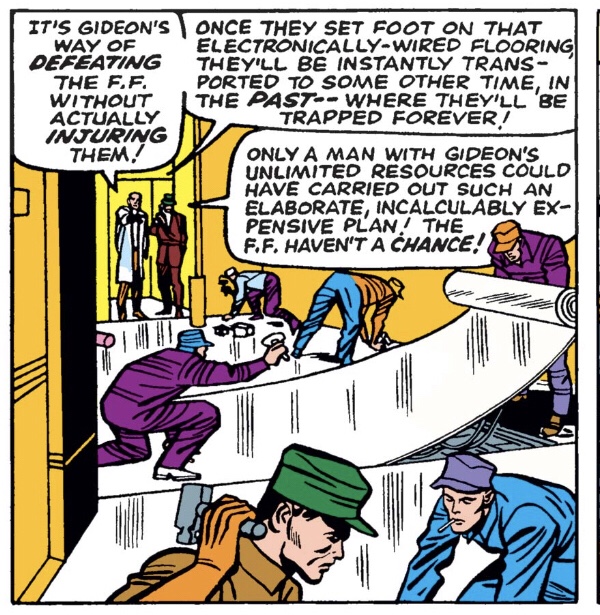 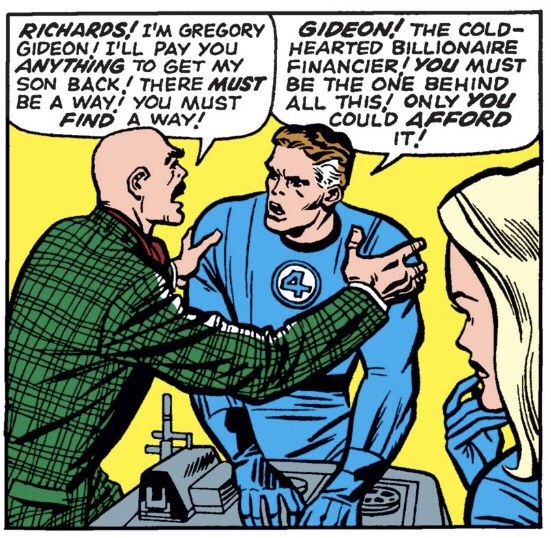 While this certainly isn’t a good issue, it succeeds on a craft level.  The art looks good, I appreciate making the villain a ruthless capitalist (during the Cold war, too!), and there are some solid character moments in this issue.

The story, though, just isn’t very good.  The Fantastic Four acted like idiots throughout, and Gideon was neither interesting nor charismatic.  His life-changing declaration at the end of the story just cements this as a mediocre (at best) and corny story that is easily forgotten.

It’s too bad, too.  A villain with unlimited resources and a thirst for power could have been a major player in the Marvel Silver Age. 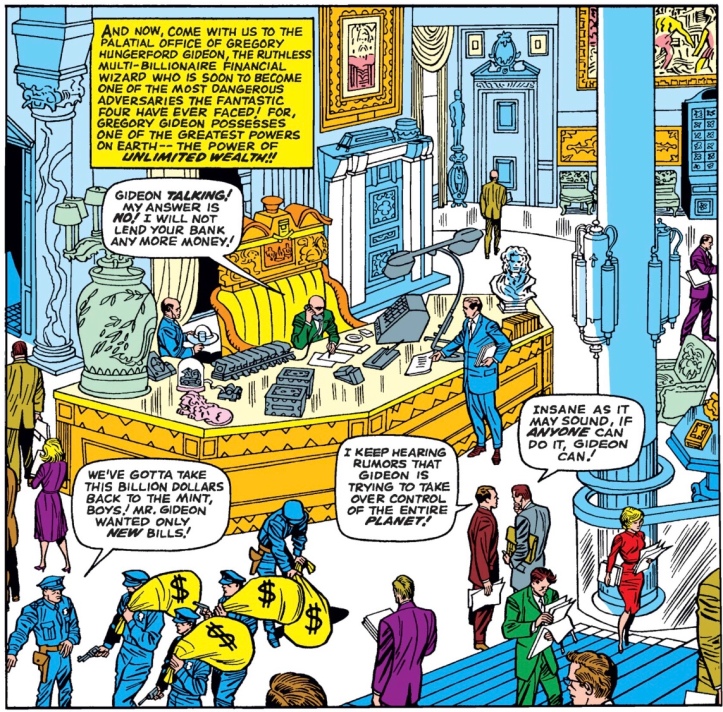 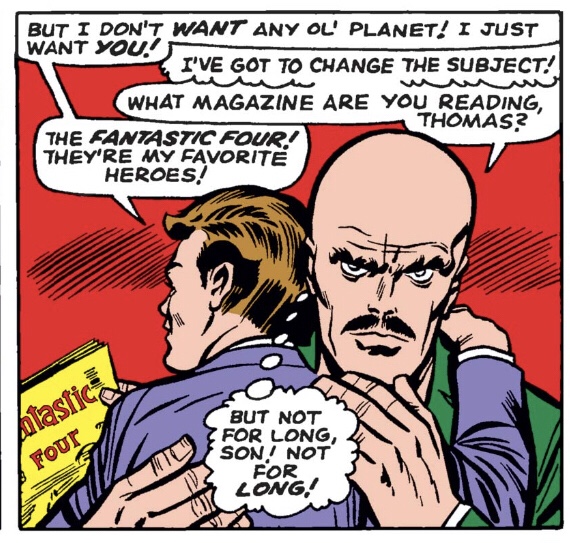