“The Army of Assassins Strikes!”

In “Suspected of Murder,” Tony Stark has to deal with being stuck inside his Iron Man armor at all times. That means that no one has seen Tony in days, and his friends start to suspect that Iron Man is responsible! And they’re (sort of) right!

In “The Army of Assassins Strikes,” Captain America takes on a crowd of Baron Zemo’s best men.

In “Suspected of Murder”: 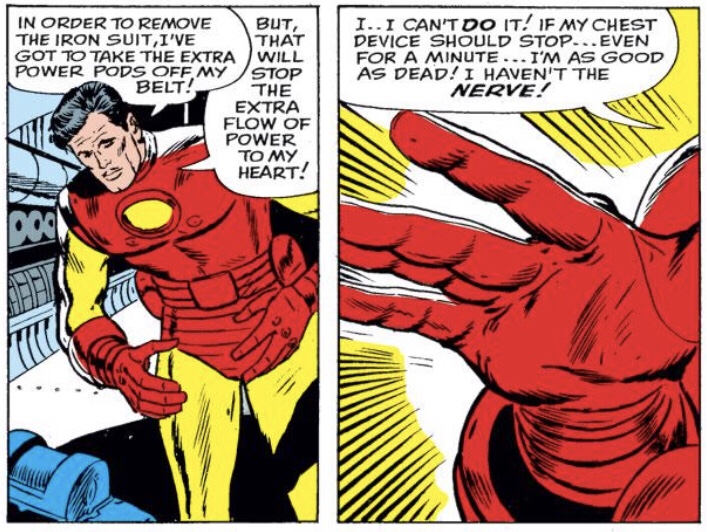 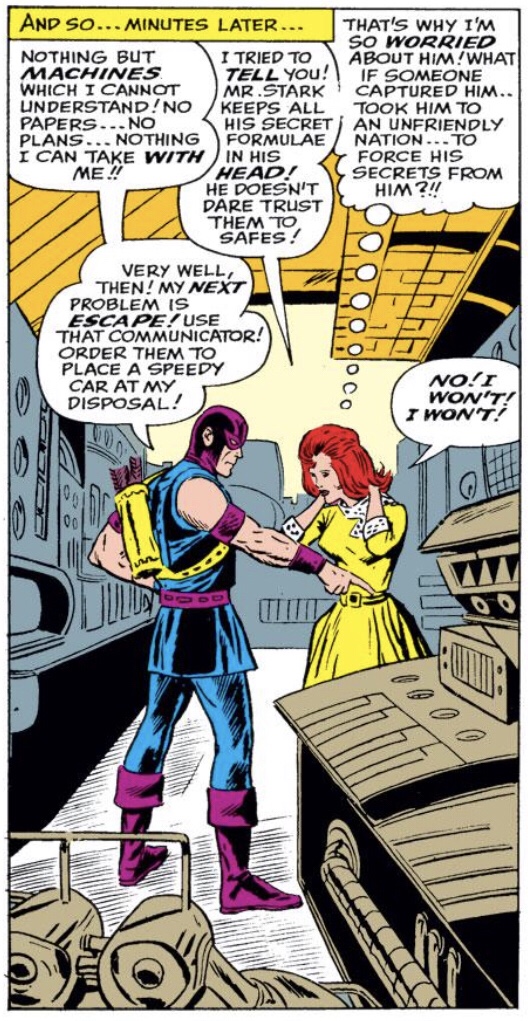 In “The Army of Assassins Strikes”: 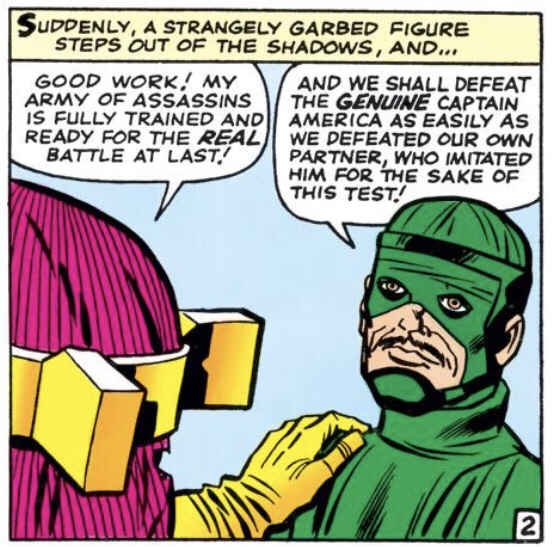 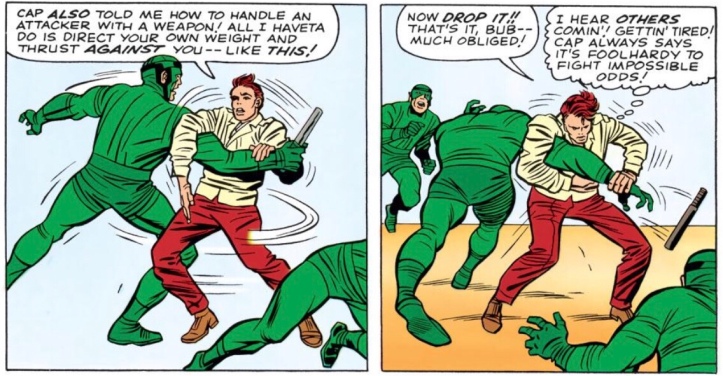 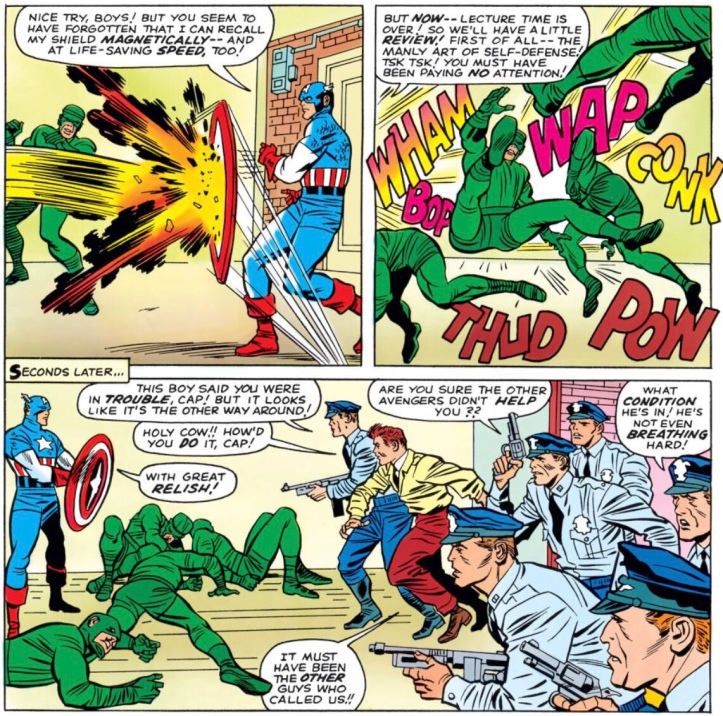 It’s okay. Neither feature is great, but they both have something going for them, at least.

The Iron Man story isn’t very good —- Tony couldn’t phone Happy or Pepper to calm them down?!? —- but it does give Iron Man an obstacle. Most of Tony’s problems so far have been of the soap opera variety, so this is a little refreshing, even if it’s not very well done.

I do want to point out this cool splash page from Don Heck, though:

Heck isn’t the most detailed artist in the Marvel stable, but every so often, he adds a little more detail and shadowing, and it makes a world of difference. This is easily one of the best images of Iron Man drawn in 1964.

As for the Captain America story, we get Jack Kirby drawing Cap in a fight. That’s really all there is to it. It’s not a good story, but what it does, it does right. 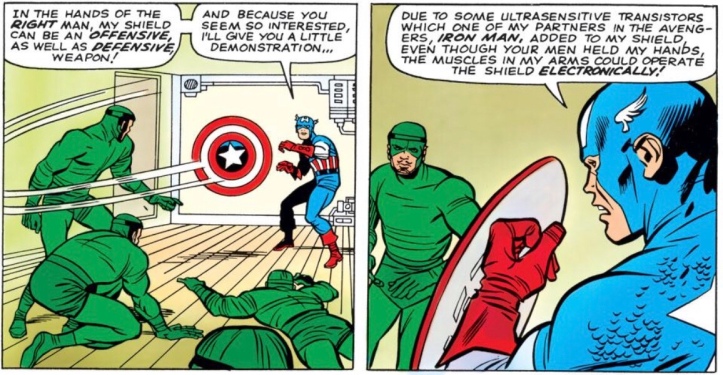 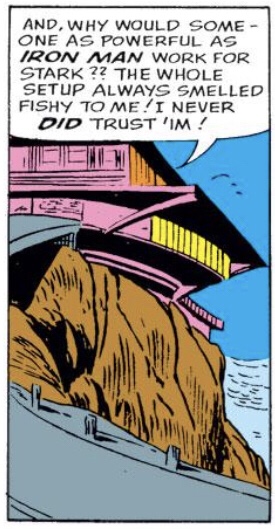 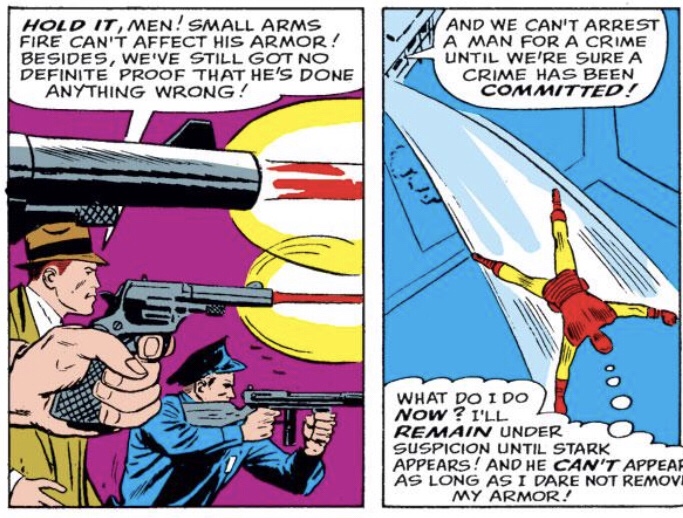 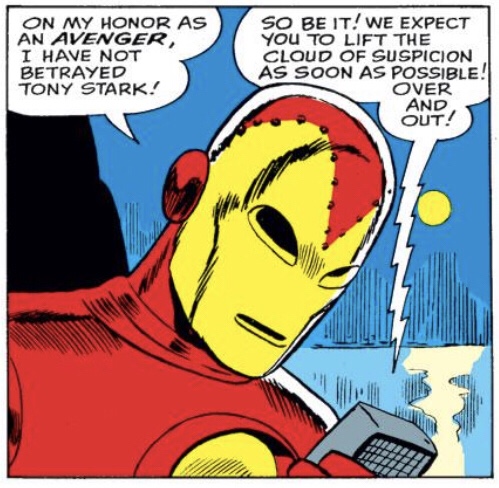