“Duel With the Dread Dormammu”

In the Human Torch/Thing story, the duo complain about Mr. Fantastic’s leadership of the Fantastic Four and decide to have an adventure without him. It doesn’t go well.

In the Doctor Strange story, Strange goes forward with his challenge of the dread Dormammu.

In “The Mystery Villain”: 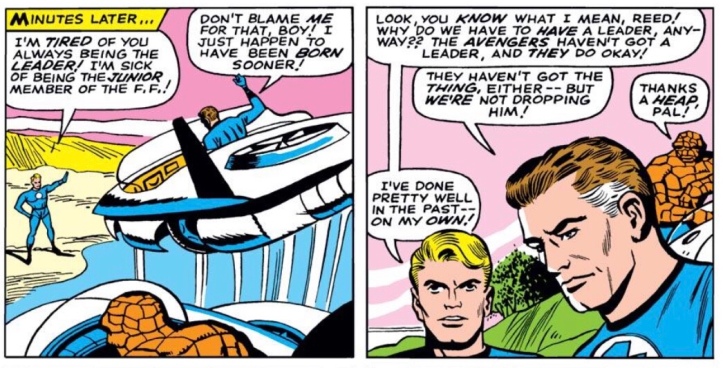 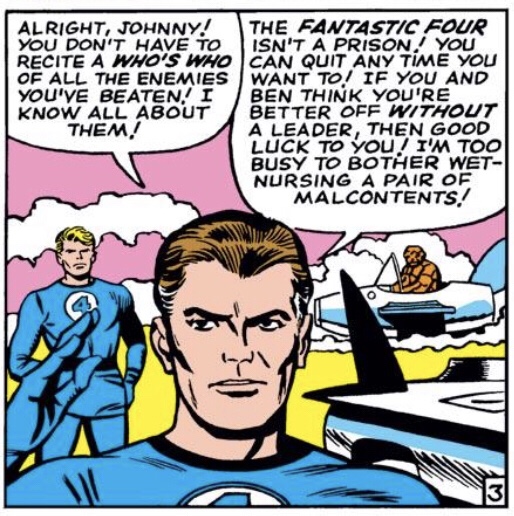 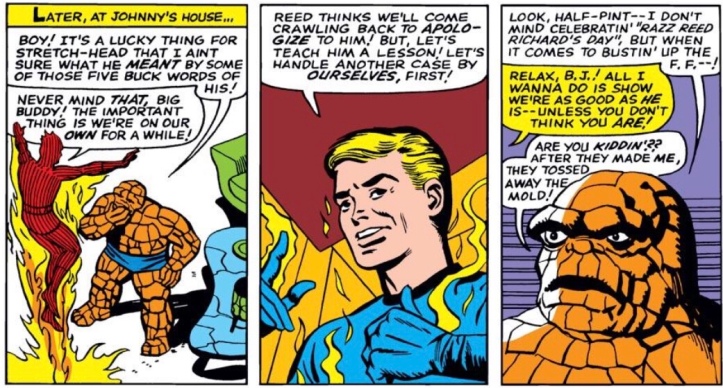 In “Duel With the Dread Dormammu”: 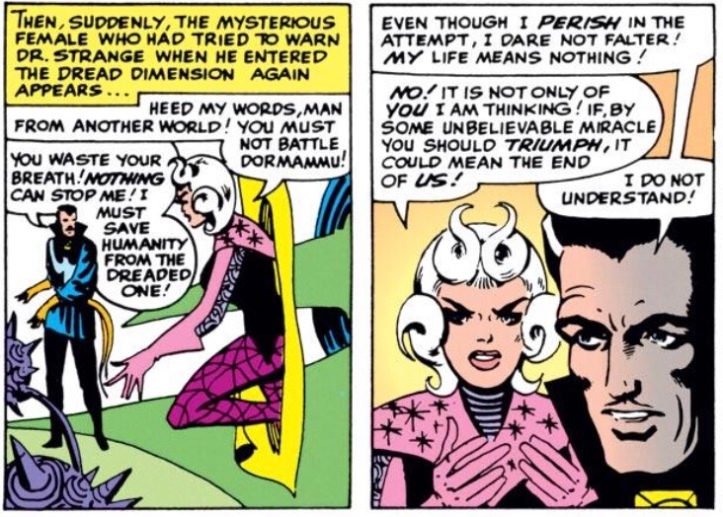 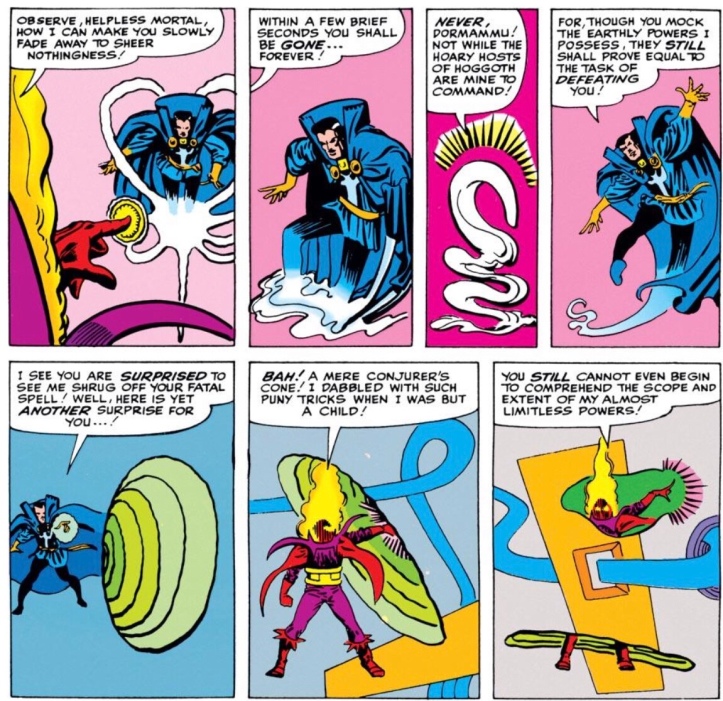 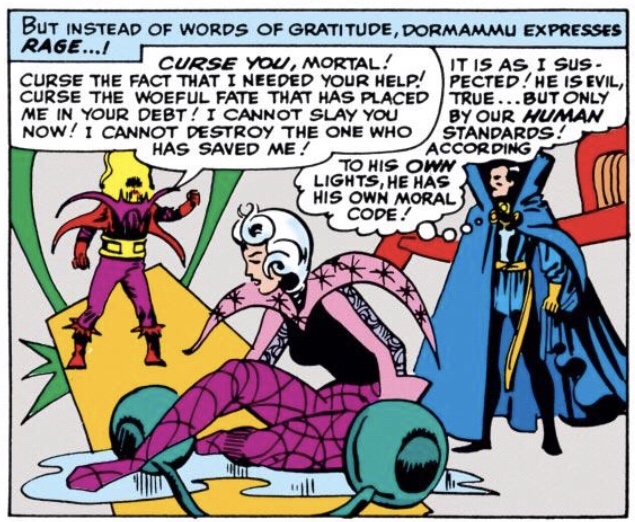 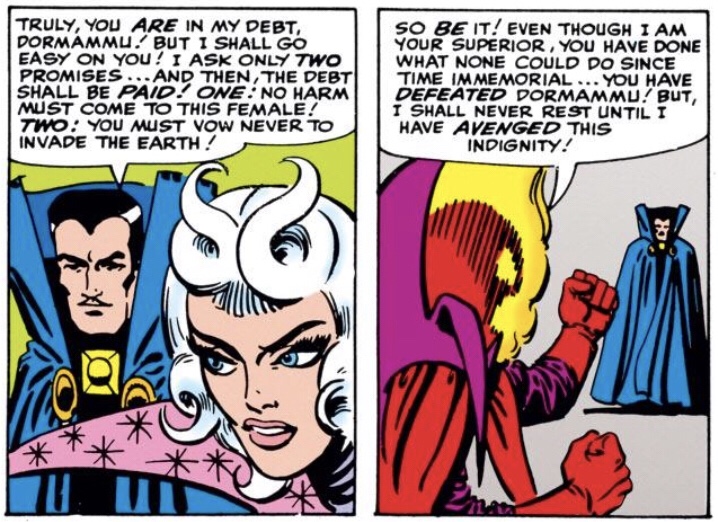 It’s a mixed bag. The Human Torch/Thing story is pretty stupid. Johnny is such a brat, and it seems weird to me that Ben goes along with Johnny’s whining. I liked that Reed isn’t nice to them about it —- because Johnny comes across as an ass —- but it really is a ridiculous story.

The Doctor Strange story, though, was very good. I liked the moral conundrum Strange found himself in, and I really liked that he (initially) made a tough choice when no compromise was available. The art was spectacular, too; Ditko let his imagination run wild in the Dormammu/Strange fight scenes. 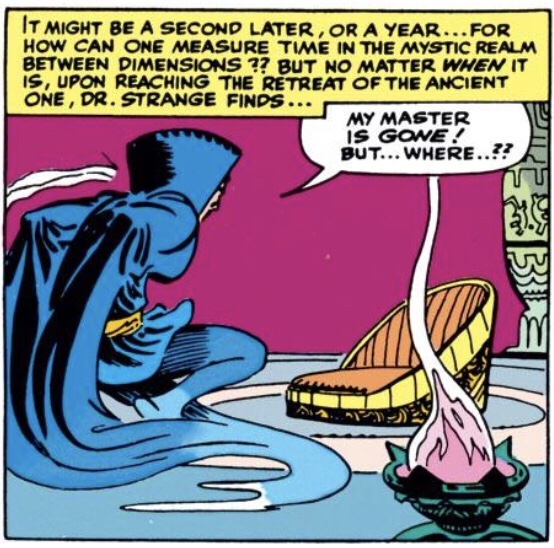 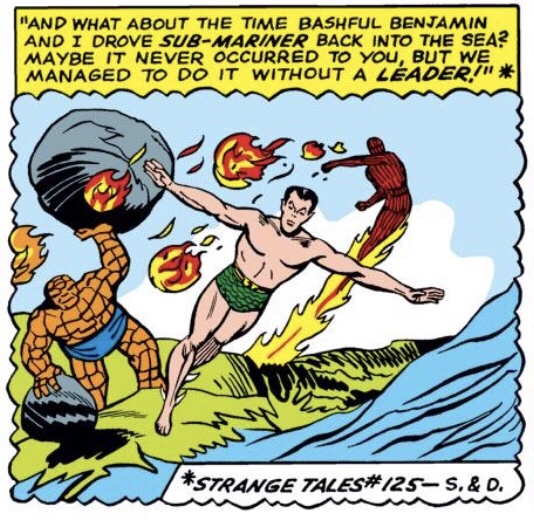 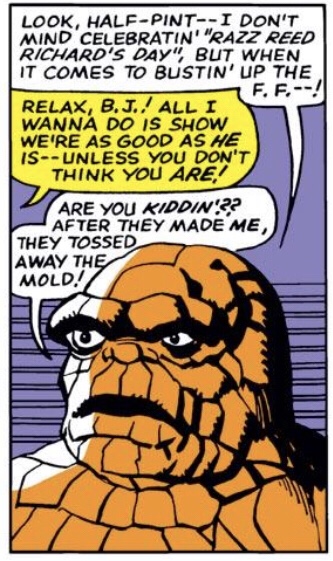