“Side-By-Side With the Sub-Mariner!”

The Lady Dorma, who has tried to kill Sue in the past, comes to the Fantastic Four, begging them to help Namor win a war! 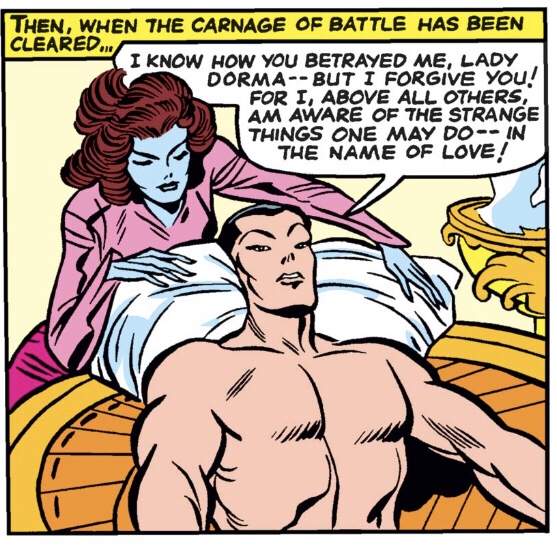 It’s okay. I like the concept of the FF and Namor teaming up (even if we didn’t actually see that in this story), and the decision to keep their efforts secret was a decent twist. The problem, really, is that Attuma and Atlantis as a whole don’t really have much character depth. It’s not an insurmountable problem when you have Lee and Kirby working on a title like this, but that’s the element that keeps this from being better. 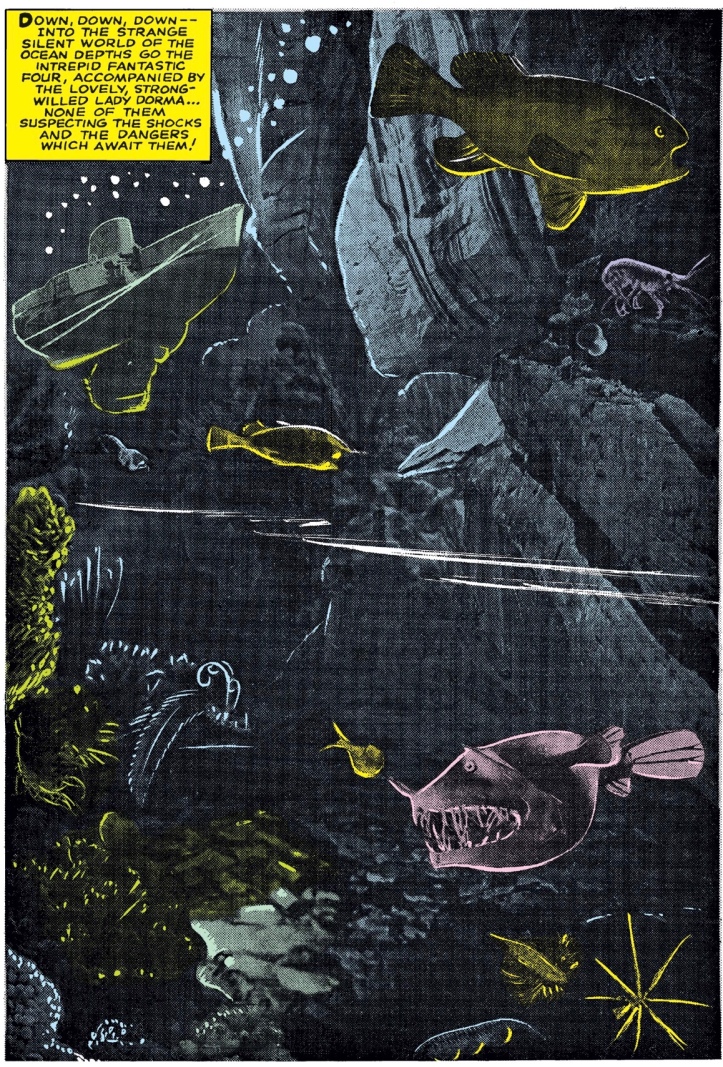 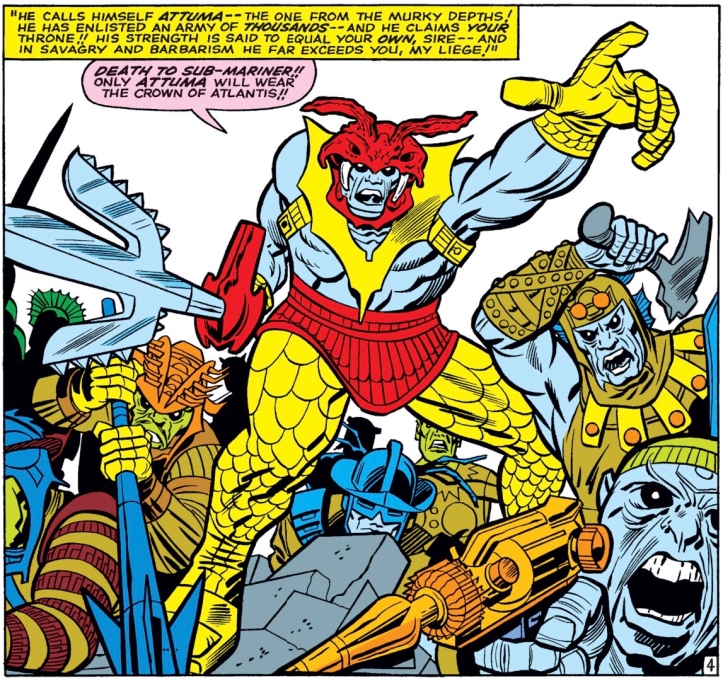 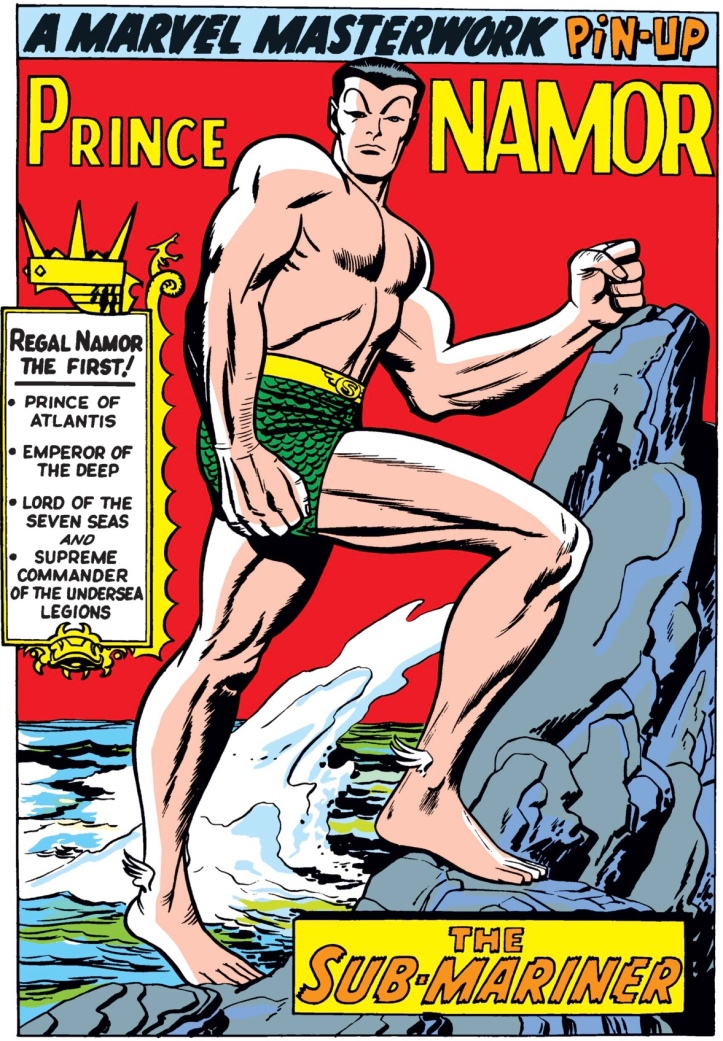 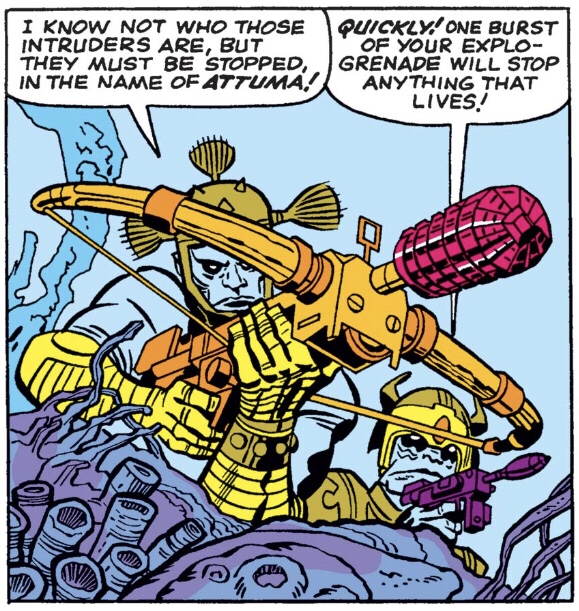