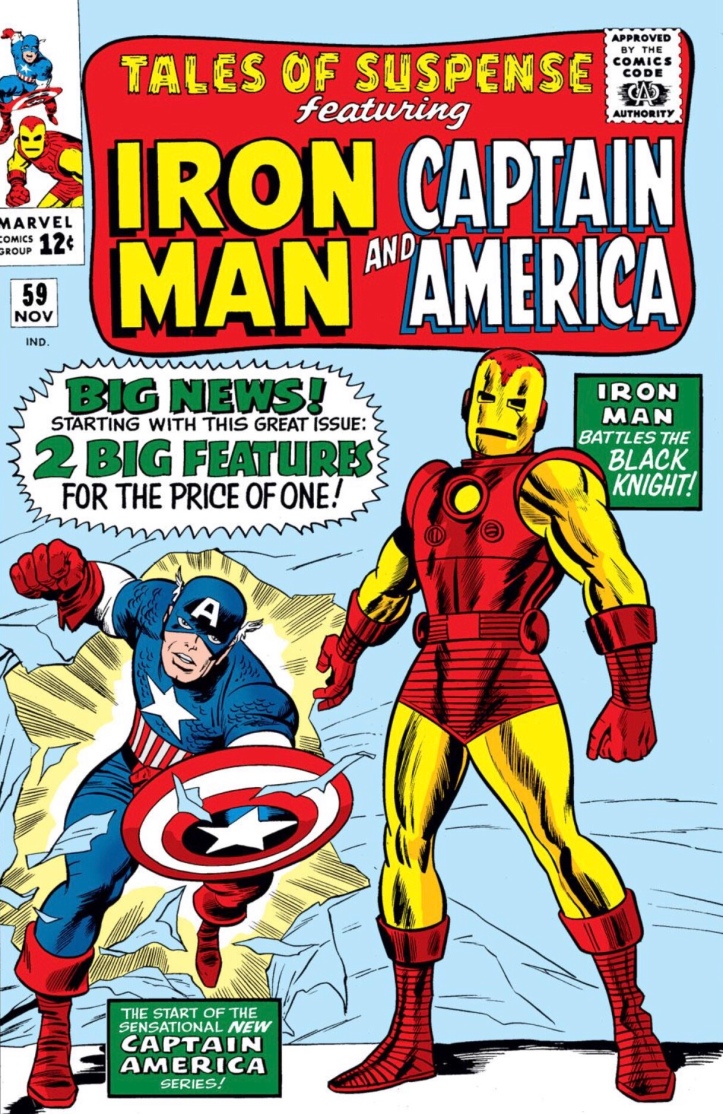 In “The Black Knight”: 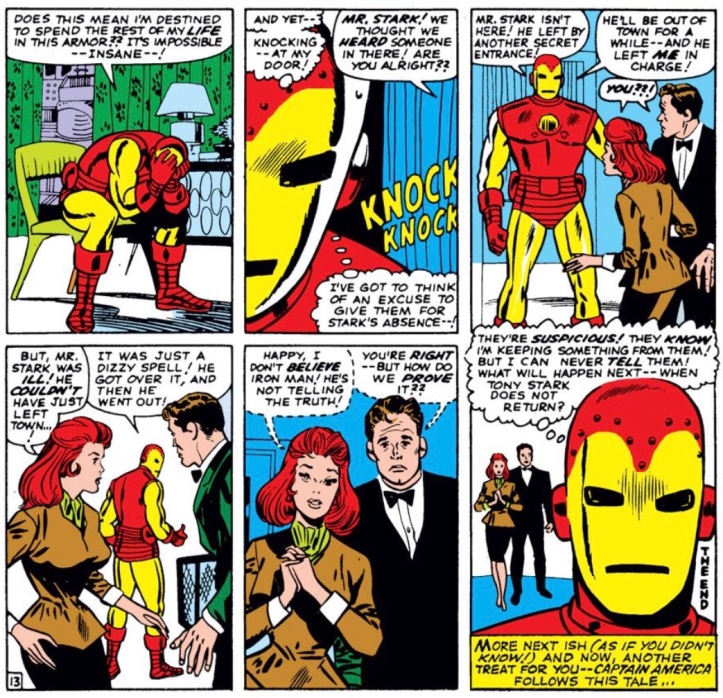 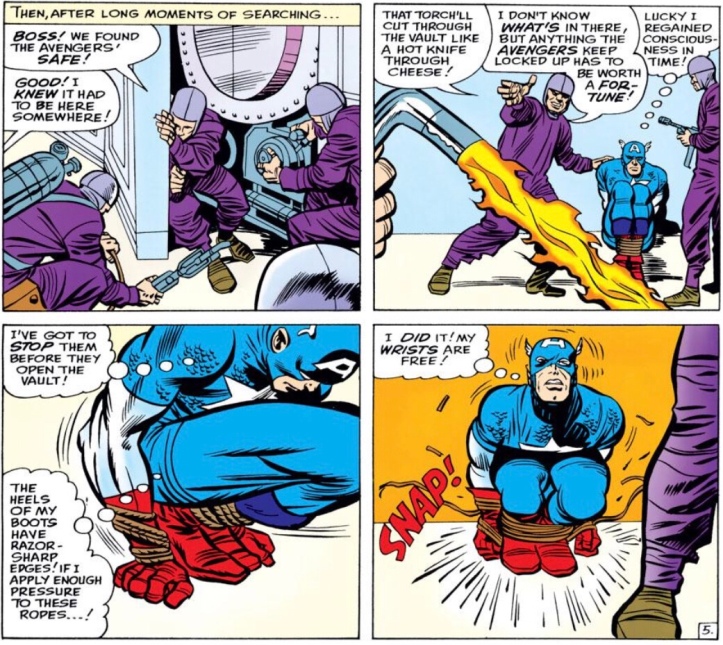 The Iron Man story was pretty bad. The Black Knight is an obnoxious villain with an arsenal of random weapons that changes, depending on the story. I really don’t like the worsening of Tony’s condition; these stories are already hamstrung by the recurring need to charge Tony’s chest plate, so making that a larger plot point is not exciting. I definitely dislike setting Pepper and Happy at odds with Iron Man, too.

The Captain America story was fine. It’s pretty generic, but it’s got nice art from Jack Kirby and Chic Stone.