“Pawns of the Deadly Duo!”

“The Domain of the Dread Dormammu!”

In the Human Torch/Thing feature, the Mad Thinker and Puppet Master have teamed up again! Instead of attacking the entire Fantastic Four again, they have decided to focus on destroying them one at a time!

In the Doctor Strange story, the Doctor enters the Dark Dimension to fight the unbeatable dread lord, Dormammu!

In “Pawns of the Deadly Duo”: 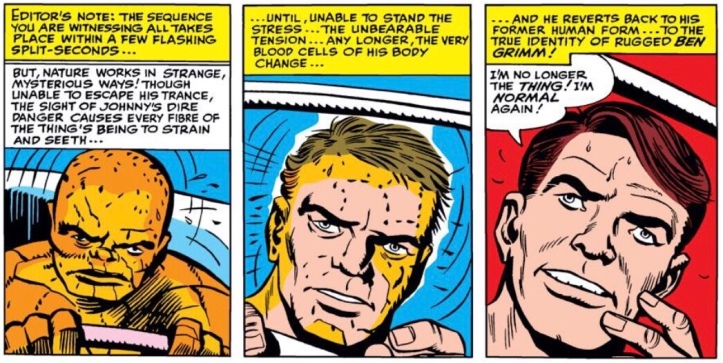 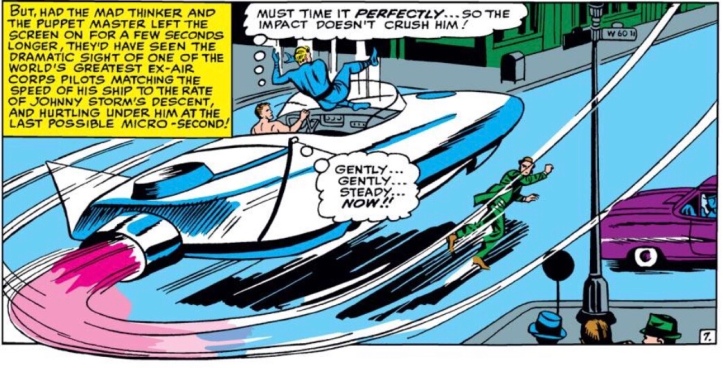 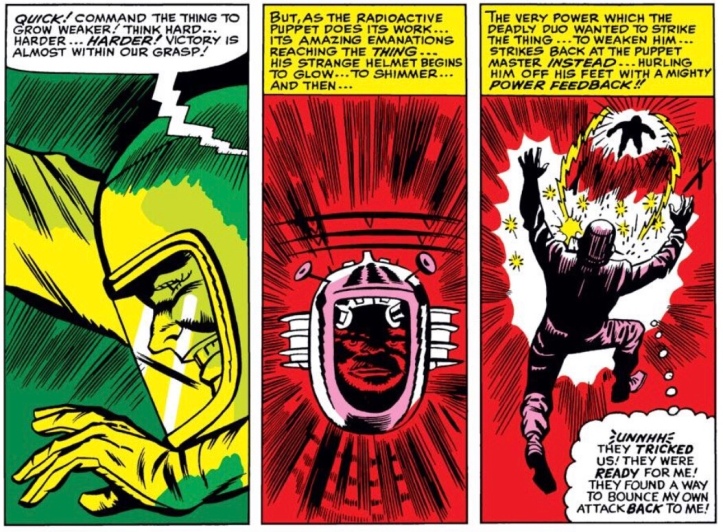 In “The Domain of the Dread Dormammu”: 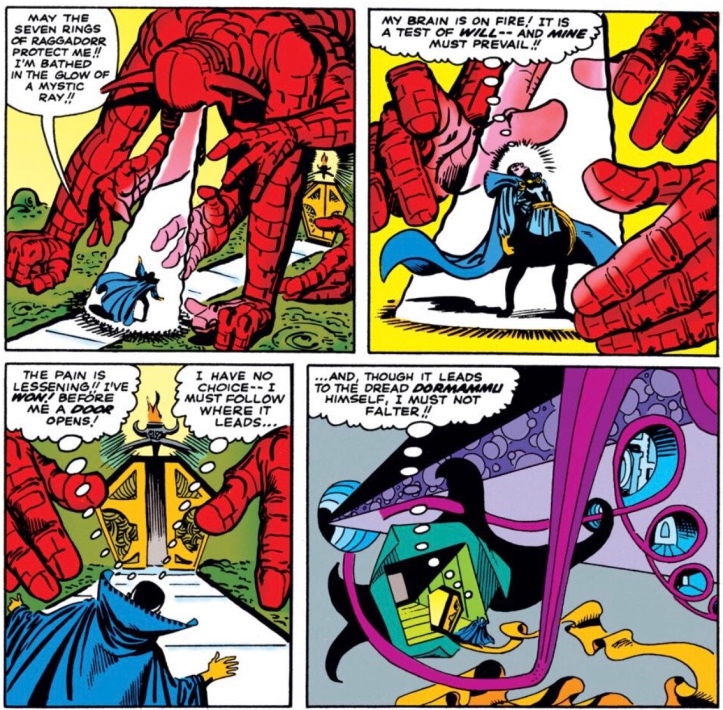 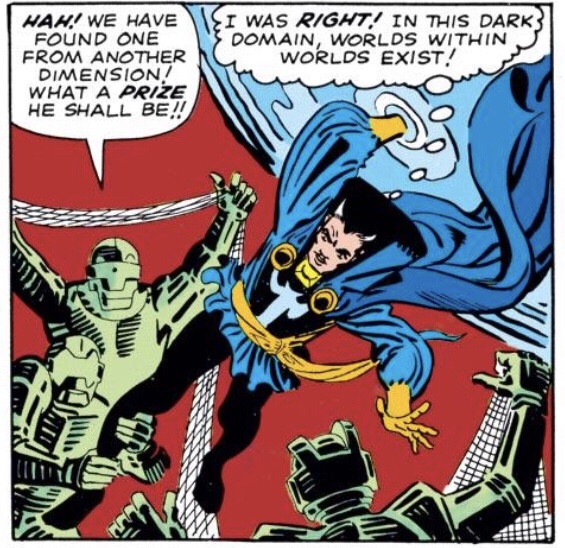 The Torch/Thing story isn’t bad. The villains do the whole “I’ll just assume that my evil plan has worked, and the hero is dead —- no need to verify anything” bit, but whatever. It’s fine.

The Doctor Strange story was only okay, but the art was very cool. Ditko drawing bizarre, trippy, and abstract things is a treat, and Dormammu’s flaming head is an inspired bit of character design.