“The Beasts of Berlin”

In the Giant-Man & Wasp story, Giant-Man breaks into East Berlin to battle some super-intelligent Communist apes.

In the Hulk story, the Hulk encounters a prototype weapon that is so tough that even he cannot harm it!

In “The Beasts of Berlin”:

In “The Incredible Hulk”:

Forced to work late hours to complete the armor on time, Bruce hears someone sneaking in his lab, late at night. The stress of this situation triggers his transformation into the Hulk.

The Hulk isn’t interested in the armor, or the spy in Banner’s lab. He leaves the base, and the spy dons the armor and heads to the testing range to try it out.

The armor is strong, and it easily overpowers a tank as it leaves the army base.

The spy may feel powerful in the armor, but he is now trapped inside it.

The Hulk happens across the spy in the desert and, thinking that the armor was designed to destroy him, attacks. The armor is able to withstand the Hulk’s blows, though.

The Hulk gets frustrated while attacking the armor, and the stress triggers his transformation back into Bruce Banner! He is able to escape before the transformation occurs.

The army finds Banner alone in the desert. Luckily, someone also spots the armor being operated elsewhere in the desert at the same time; General Ross had assumed that Banner was inside the armor and on a rampage or something.

…and that’s where the story ends. To be continued!

Nope. The Giant-Man story was dumb and nauseatingly nationalistic in parts. I don’t understand why the Communists seem so focused on creating smart apes; didn’t the Red Ghost incident teach them anything? The Wasp’s willingness to be left out of the story felt strange, too — out of character, and it did no favors to the story.

Lee & Ditko’s Hulk story was not any better. I like the idea of a foe that the Hulk can’t overpower, but until the robot armor gets defined limitations, or the spy operating it develops a personality, it makes for a boring villain. I am intrigued by yet another change to what triggers Banner’s transformation into the Hulk, and I understand the need to figure out how and why the Hulk transforms back into Banner. But the idea of the Hulk getting angry and turning into Banner is at such odds with what has become a central concept for the character in modern times — the angrier Hulk gets, the stronger Hulk gets — that I am left confused as to how they thought that was ever a good idea. Ditko’s art wasn’t that good, either. Aside from a weird psychedelic panel toward the end, it looked very much in Marvel’s “house” style. Ditko does most of his detailed renderings while inking, which leaves the bulk of the details here (presumably) to George Roussos, whose inking tendencies lean toward a minimal addition of details. I like Ditko a lot, but this isn’t a great fit for his art. 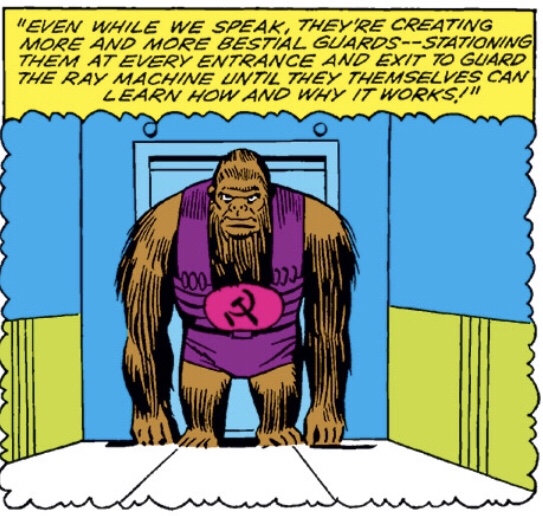 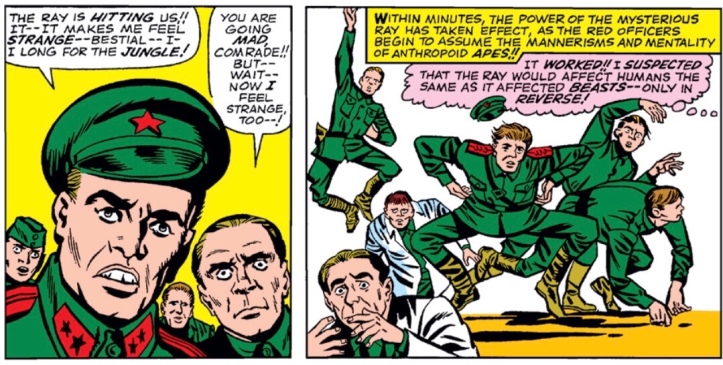 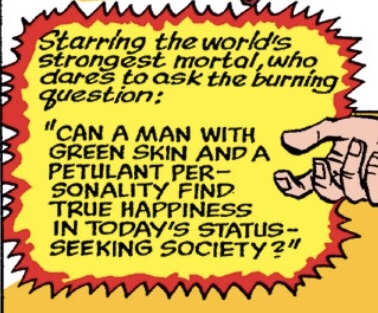