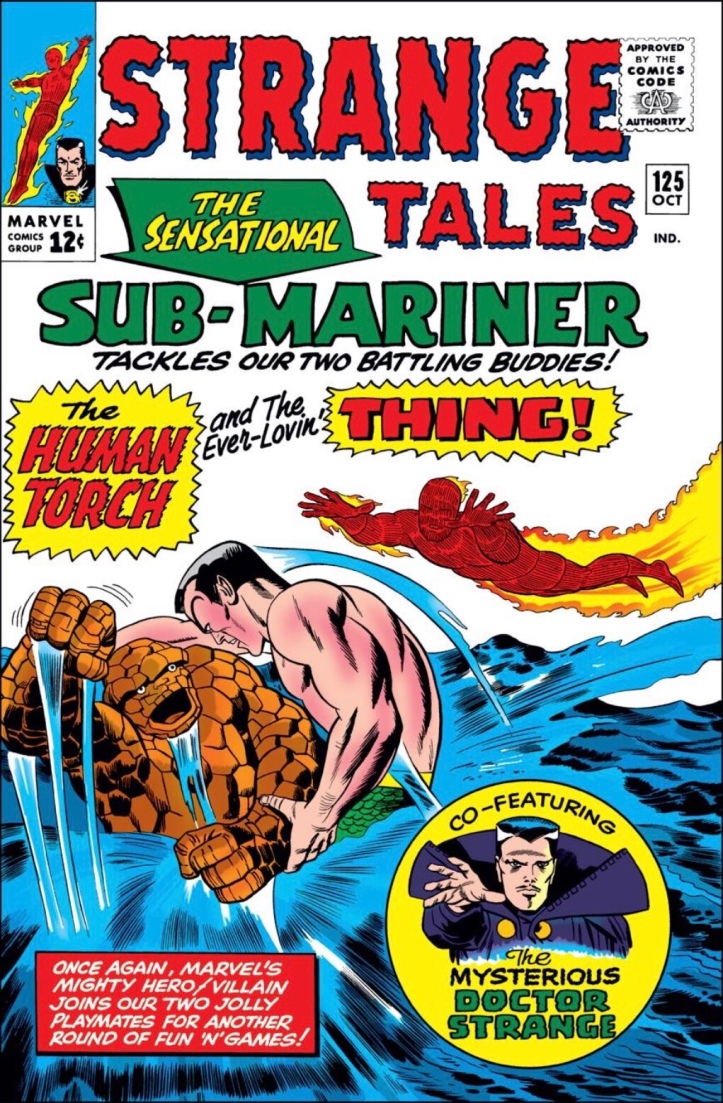 “The Sub-Mariner Must Be Stopped!”

“Mordo Must Not Catch Me!”

In “The Sub-Mariner Must Be Stopped,” The Human Torch and Thing decide to fight Namor, without the aid of their fellow teammates in the Fantastic Four.

In “Mordo Must Not Catch Me,” Baron Mordo has captured the Ancient One, and Doctor Strange must battle to save his mentor’s life.

In “The Sub-Mariner Must Be Stopped”:

Ben and Johnny were upset when some reporters showed up to the Baxter Building and didn’t want to interview either of them. When a proximity alarm notified them that Namor was approaching New York harbor, they decided to attack him on their own, and not notify the rest of the Fantastic Four —- that way, they wouldn’t have to share the media’s attention as much.

In “Mordo Must Not Catch Me”: 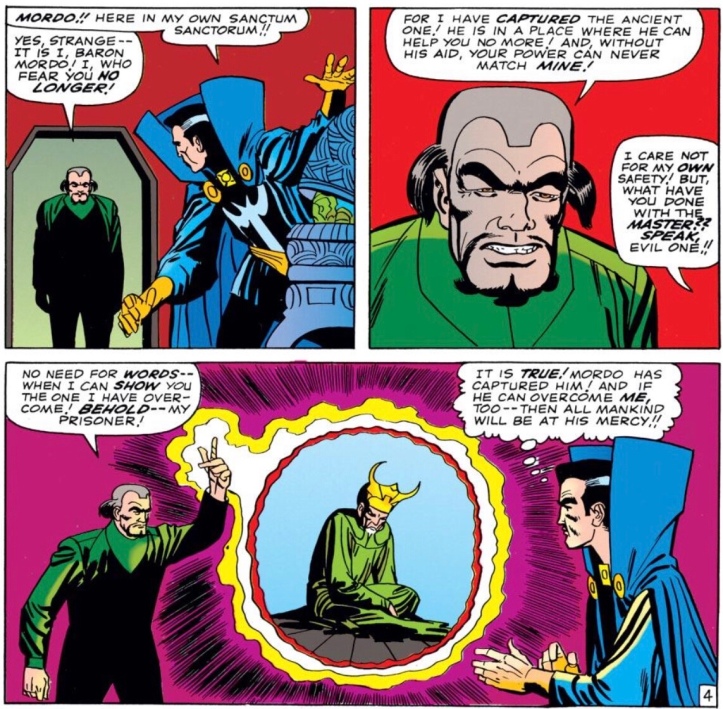 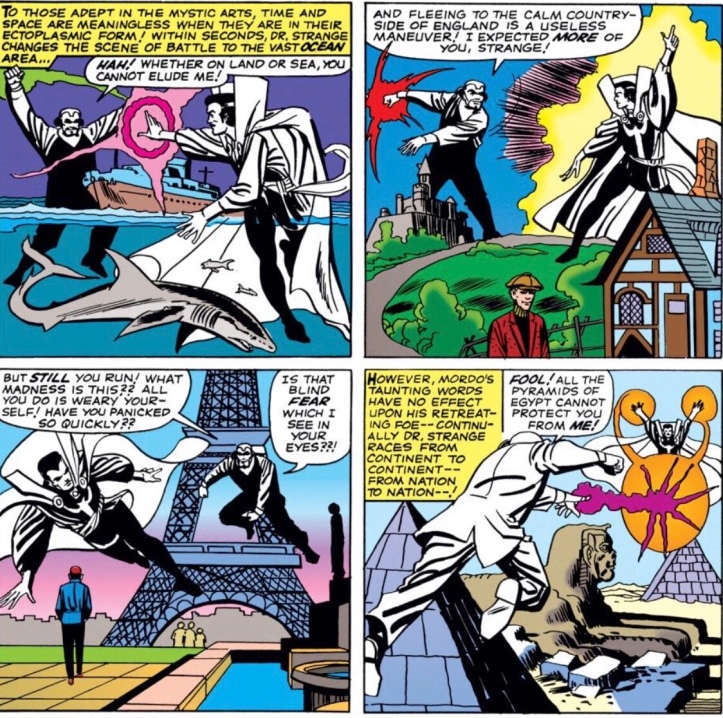 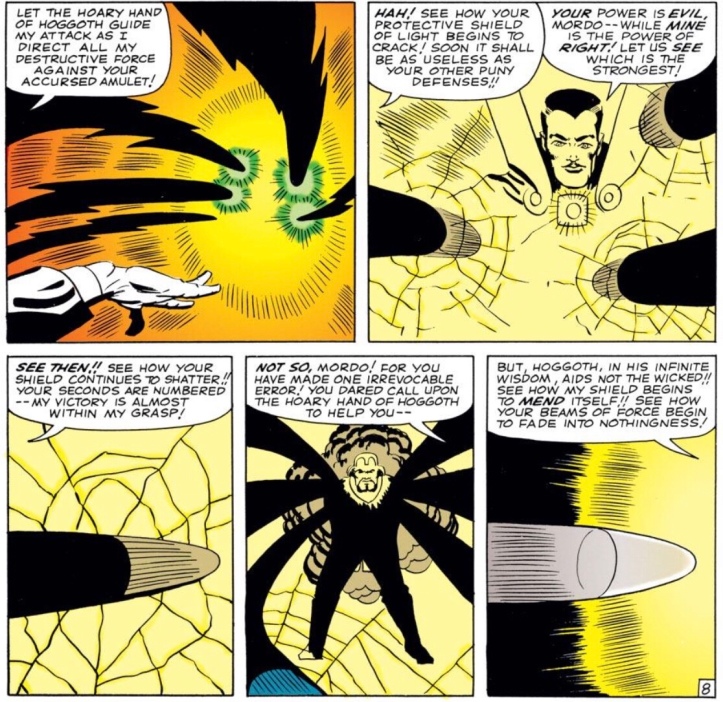 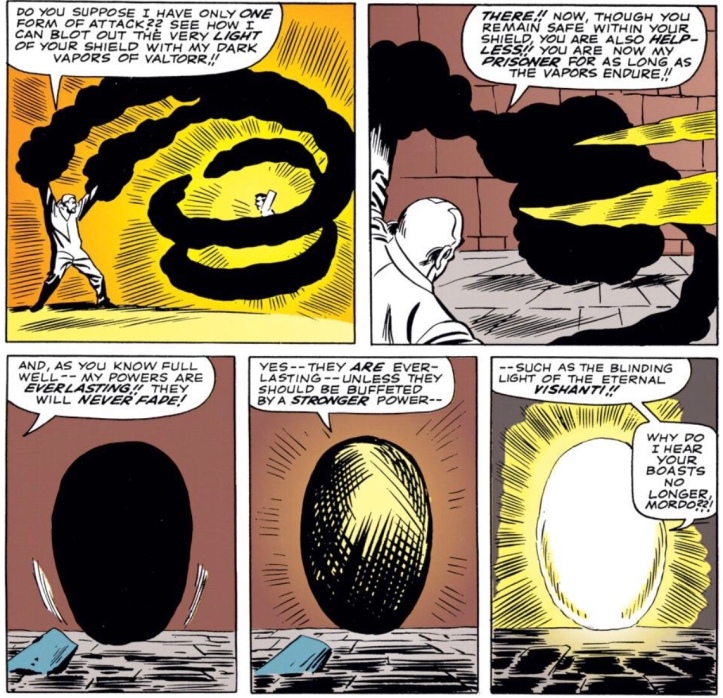 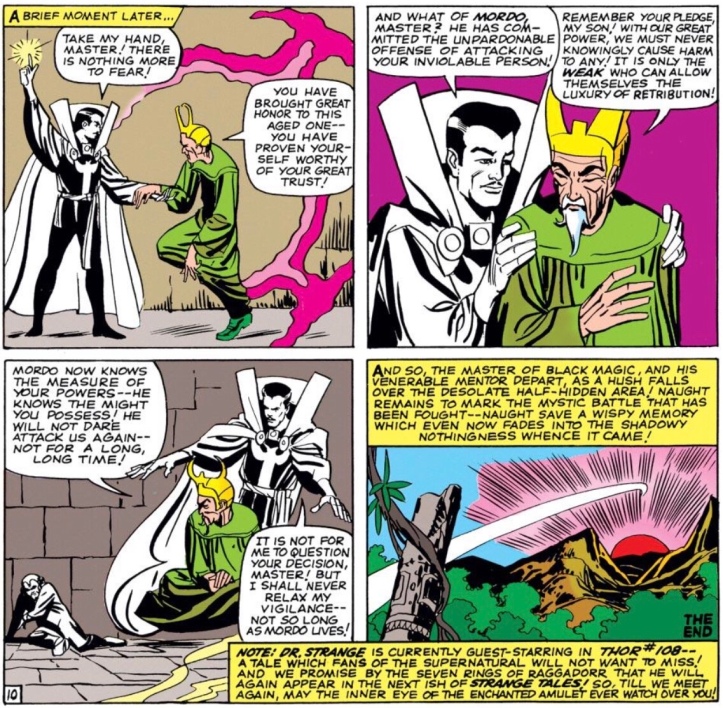 It’s okay, but not good. The first story is fairly dumb, as either side could have stopped the fight if they had only stopped to talk. I especially dislike the fact the there will be no repercussions for the Torch and Thing acting like idiots.

The Doctor Strange story isn’t much better. The plot doesn’t make a lot of sense —- why does Mordo try to distract Strange, or attack him in his sanctum sanctorum? —- and the action in the story is kind of dull. Still, a below-par Ditko story is still visually entertaining, so it’s certainly not bad.  The art is a little worse than usual, since Ditko isn’t inking his own pencils; the rendering and detailing that are hallmarks of Ditko’s work are missing here. 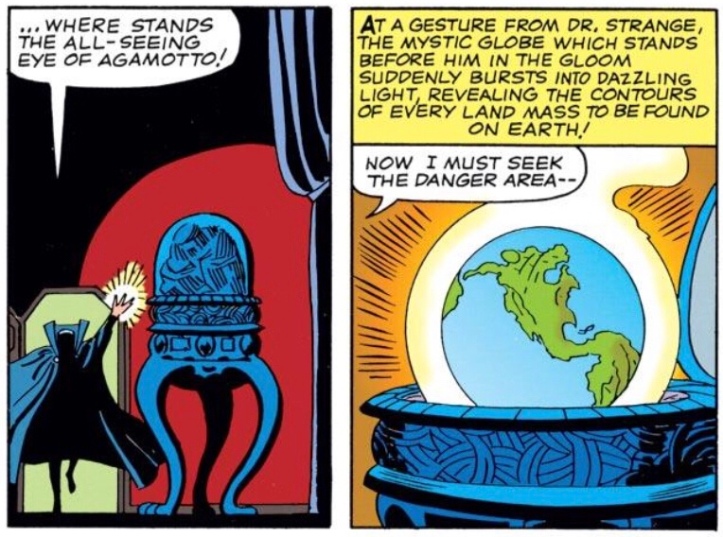