Daredevil faces a villain that can make people do whatever he wants. How can he possibly stop the Purple Man? 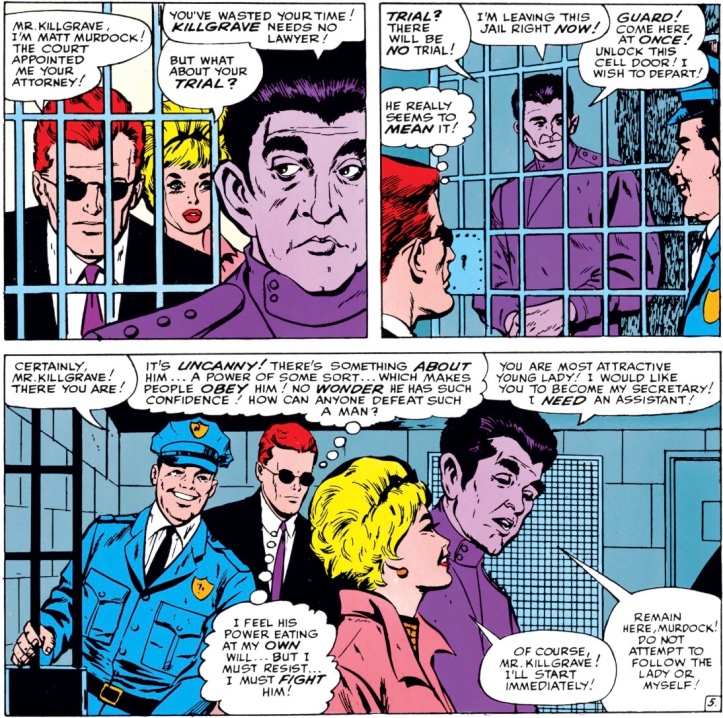 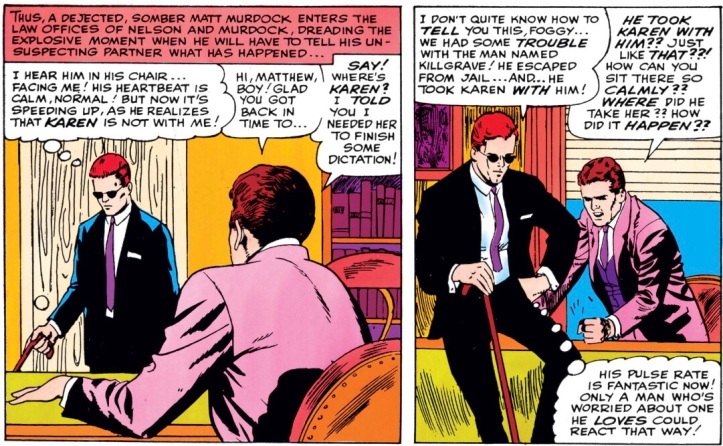 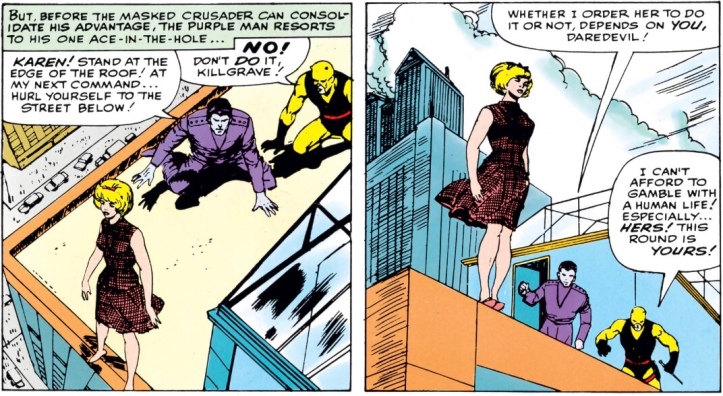 I really like the concept behind Killgrave, but this issue is only okay. There’s not a lot of internal logic to the story, and that takes its toll on the reader. It feels like Stan Lee is trying way too hard to justify how Matt/Daredevil gets involved with the story; this is the second consecutive issue where a villain is arrested, doesn’t want a lawyer, is assigned Matt Murdock for a lawyer, and then walks out of prison without talking to Matt.  And let’s not get started with how Daredevil determined that a plastic sheet would save the day. 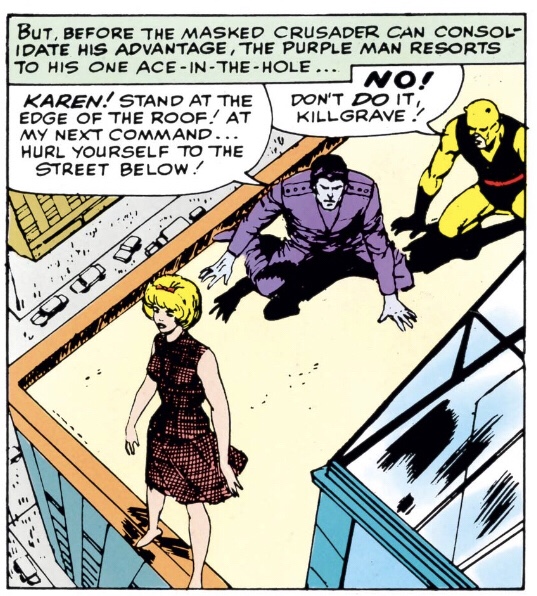