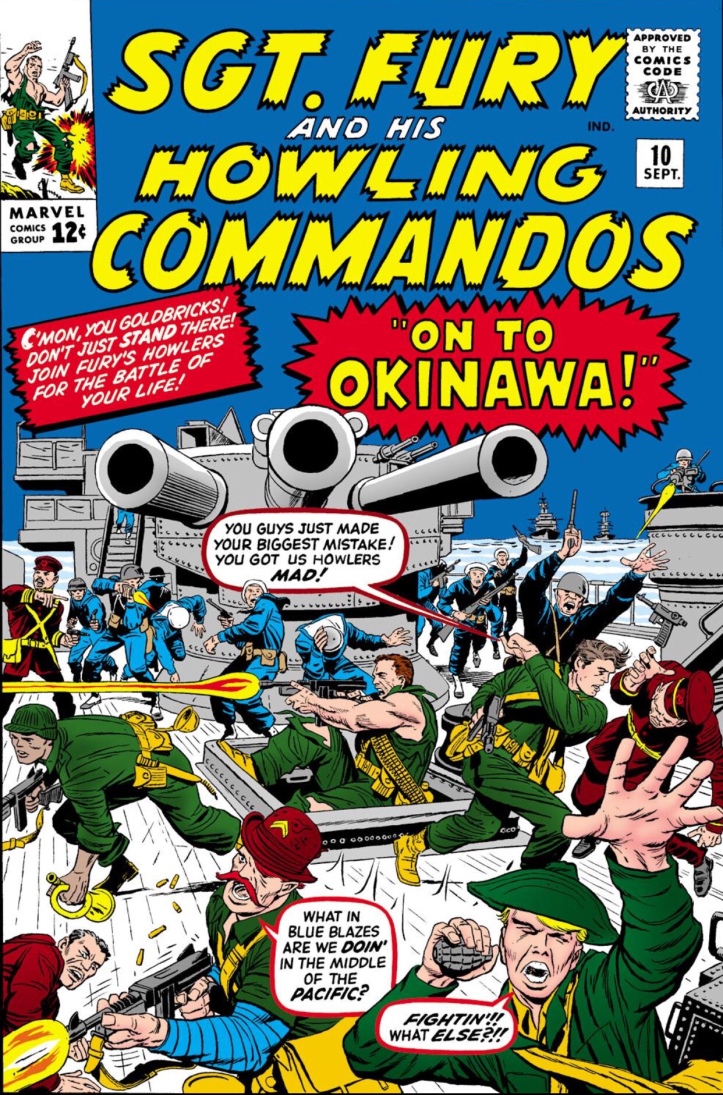 To save an officer that Nick Fury respects, the Howling Commandos go all the way to Okinawa to fight the Japanese! 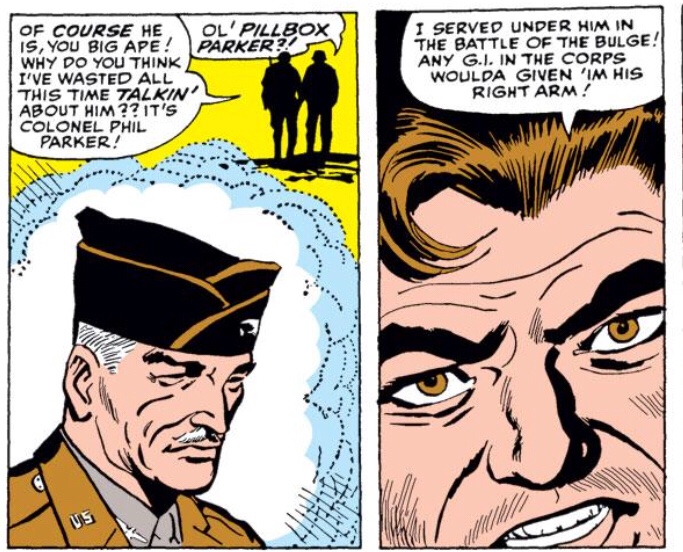 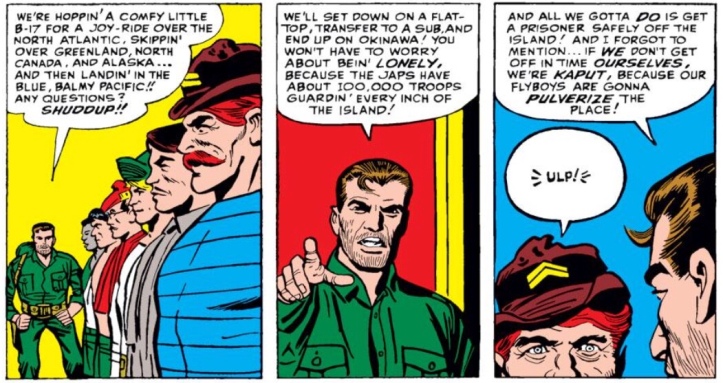 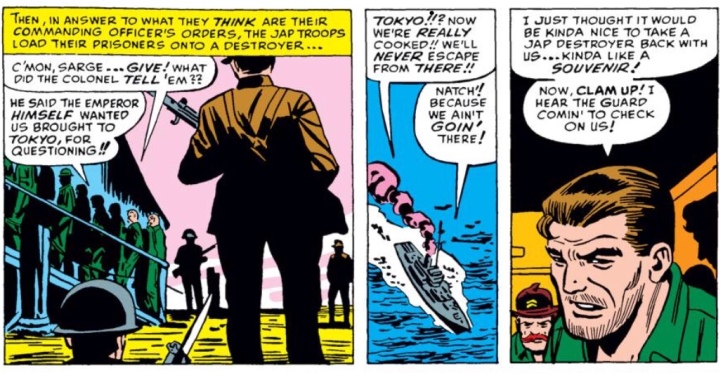 Well, consider this: every single part of this mission is completely ridiculous, and the Howlers should have died at least five times over in this story. Then consider the eye-rolling dialogue from Rebel, and Dum-Dum’s wife/mother-in-law jokes. And then ponder the viability of using makeup to turn Izzy into a Japanese leader.

None of those things were good. Some are annoying. Some are downright offensive, like the frequent use of the term “Jap.”

On the bright side, the Japanese soldiers weren’t drawn as obvious stereotypes…most of the time. Okay, so while there is some charm with regards to the impossible scope of this mission, there are just way too many problems to ignore. 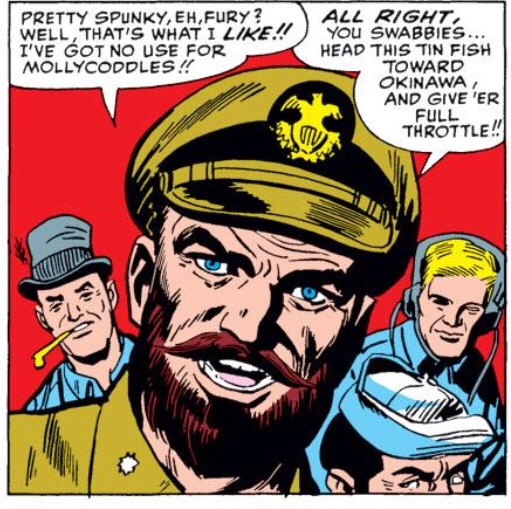 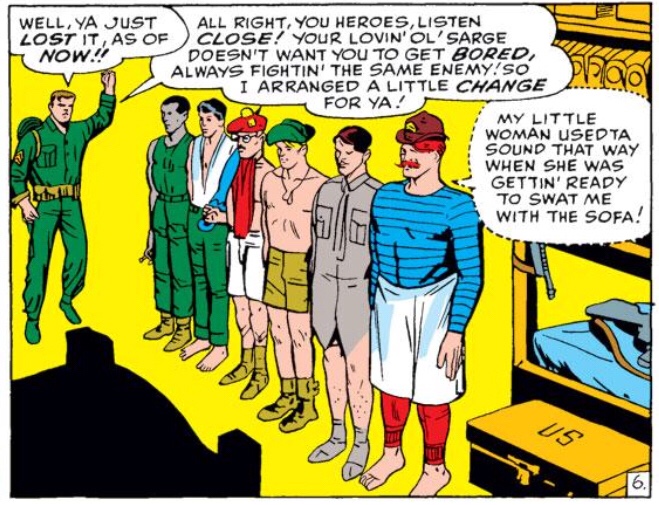 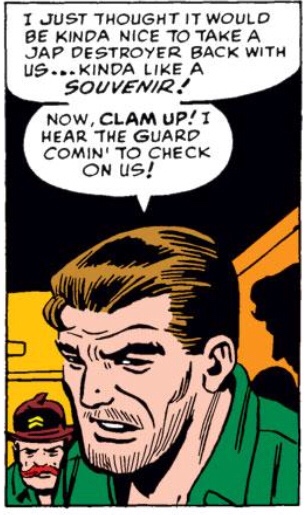 <<<Sgt. Fury and His Howling Commandos #9