The Terrible Trio return and take aim at the Human Torch. Elsewhere, Doctor Strange finds himself in the realm of Nightmare!

In “The World Beyond”: 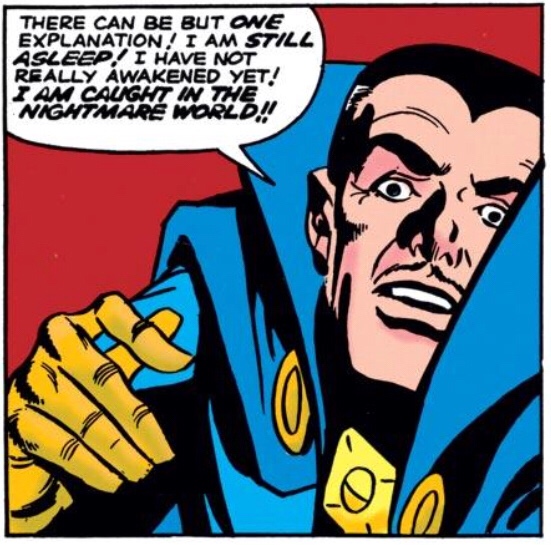 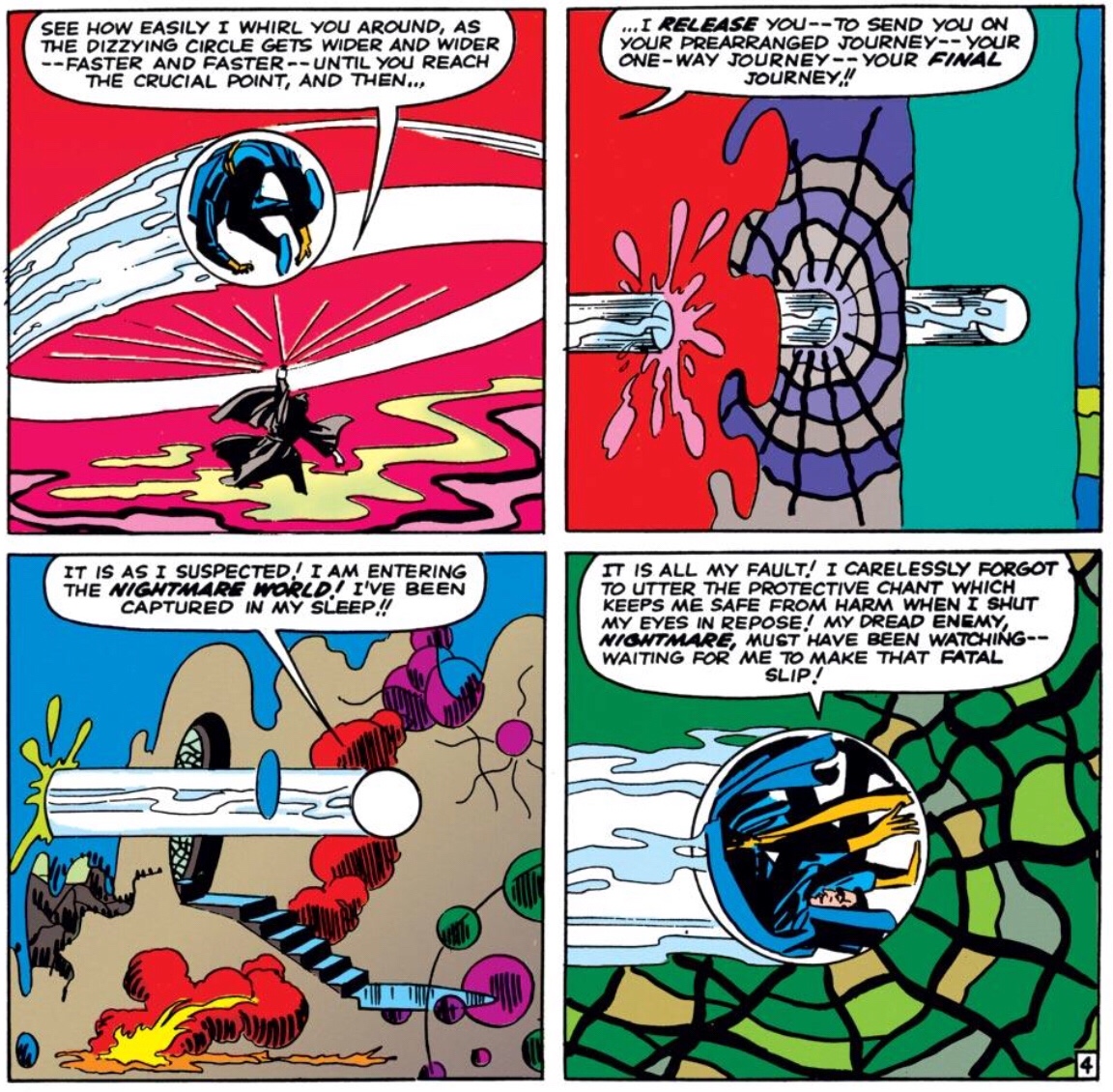 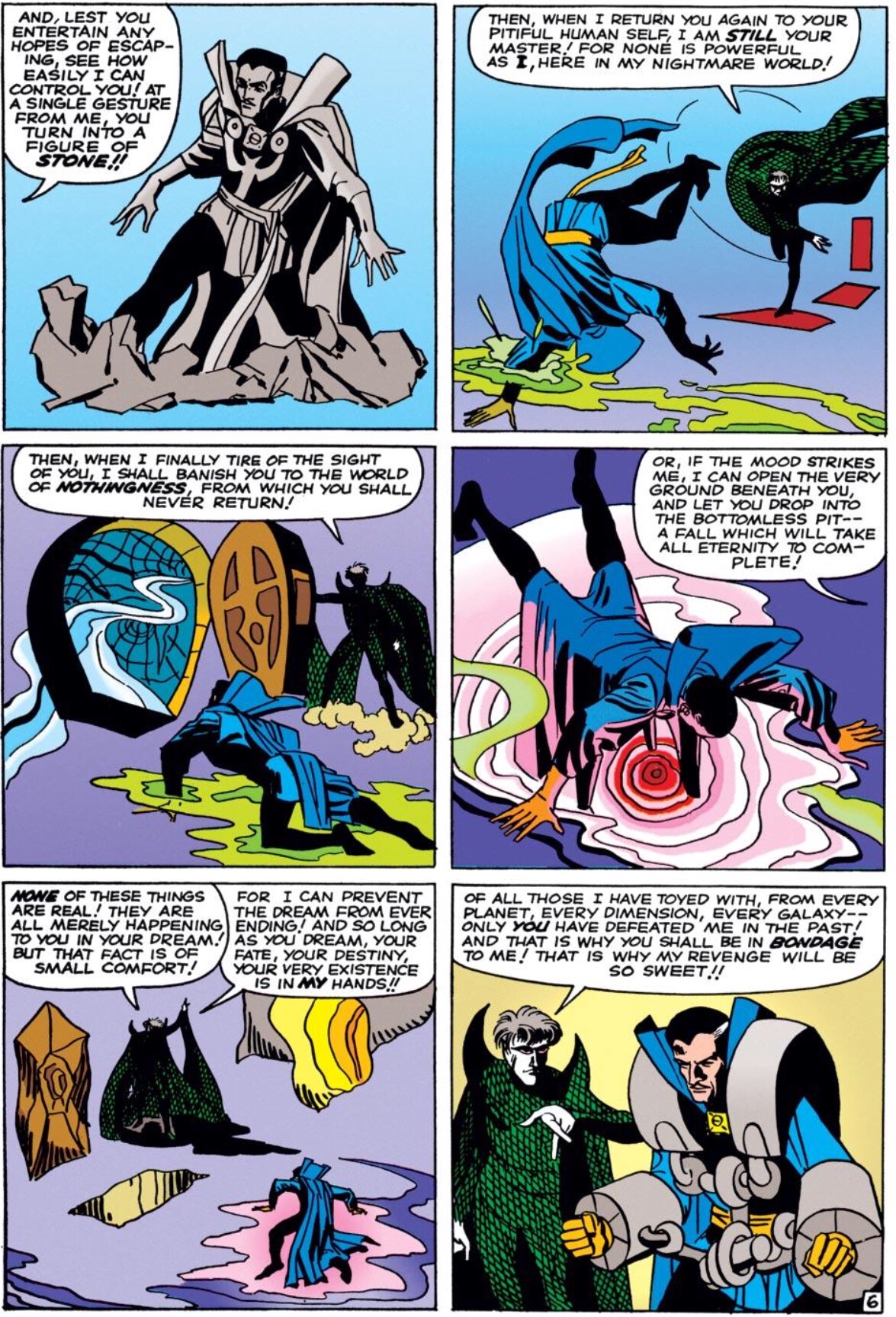 The Human Torch story is bad. Nearly three of the sixteen pages were devoted to recapping the events of Fantastic Four #23, and the rest was pretty stupid. Why are the Terrible Trio so loyal to Doctor Doom? Where did they get all that asbestos? How suspiciously convenient to the plot are the steam dryer and water cannon at Johnny’s house? It’s just a dumb story that isn’t fun enough to distract you from the sillier plot points.

The Doctor Strange story, on the other hand, was pretty good. Ditko drew some trippy scenes, and Doctor Strange defeated a foe without using his astral form. Nightmare is an interesting foe, and I like that they’re making him obsessive and petty about Doctor Strange. My biggest gripe is that they show Nightmare on the title page of this story, which ruins the initial mystery of what is happening to Doctor Strange. 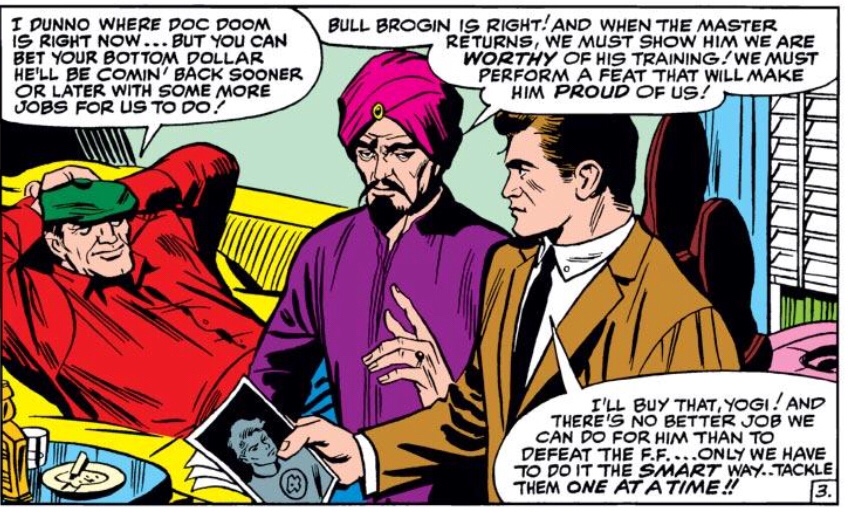 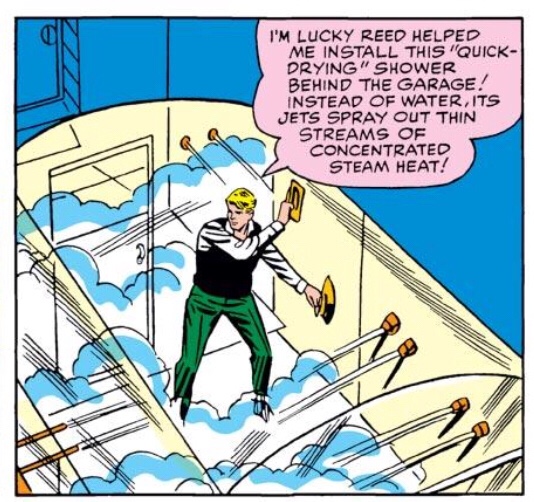 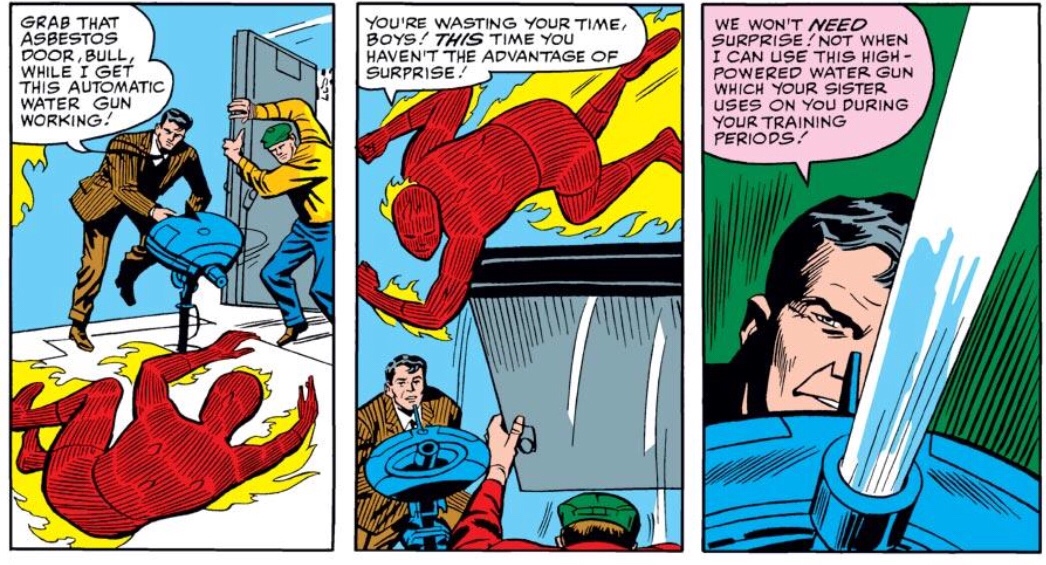 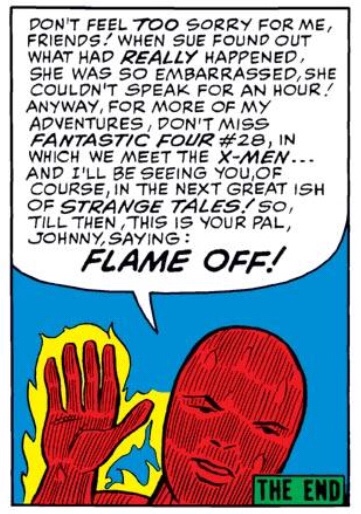 There is some confusion over the cover art credits for this issue. Jack Kirby definitely did some pencil work, and Steve Ditko clearly drew and inked Doctor Strange. The GCD credits George Roussos for the inks on Kirby’s pencils, but early Marvel expert Nick Caputo believes that Sol Brodsky inked it, and likely redrew some of the cover, too!