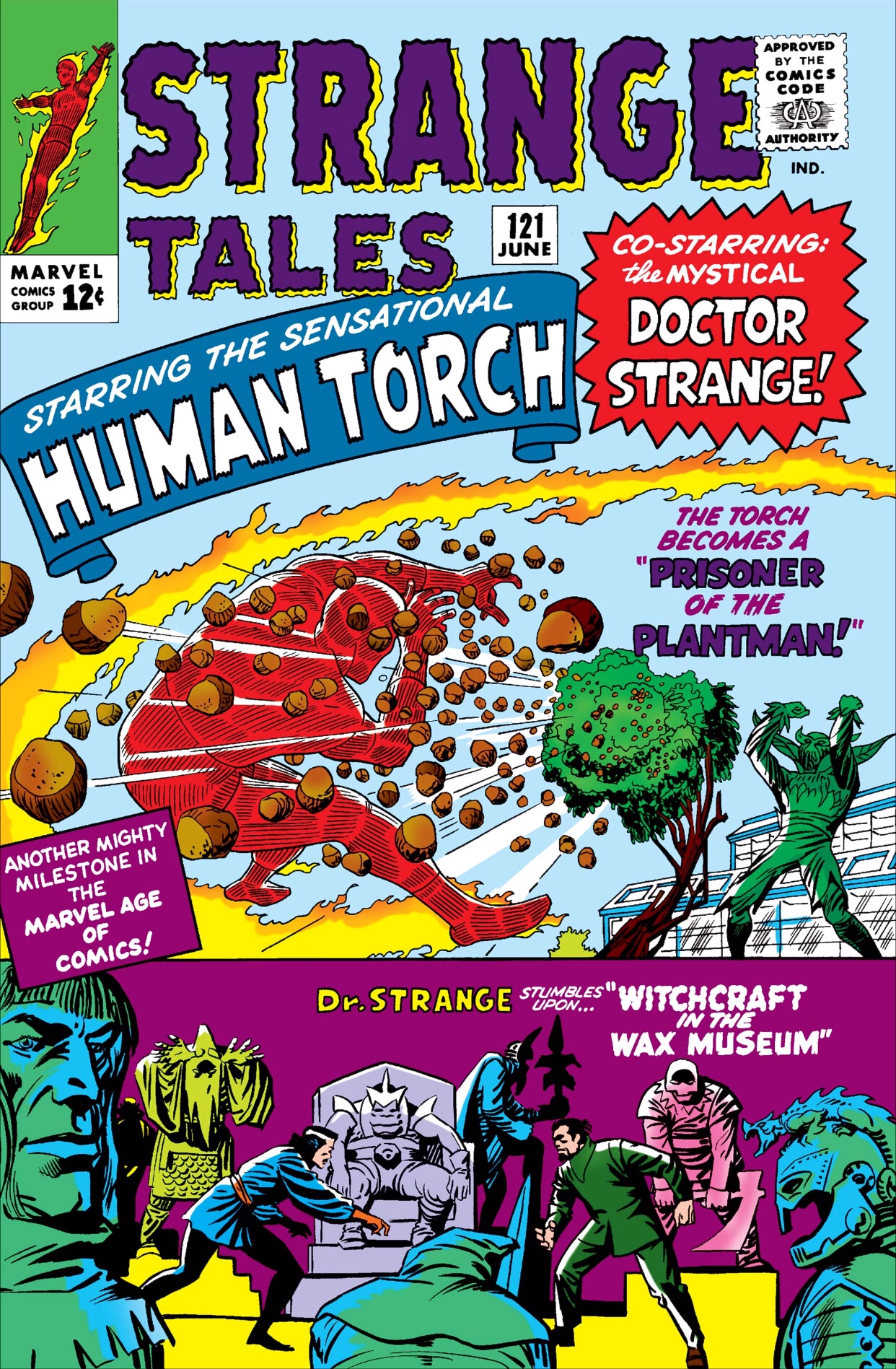 “Witchcraft in the Wax Museum!”

The Human Torch has a rematch against the Plantman, while Doctor Strange fights Baron Mordo.

In “Prisoner of the Plantman!”:

In “Witchcraft in the Wax Museum!”: 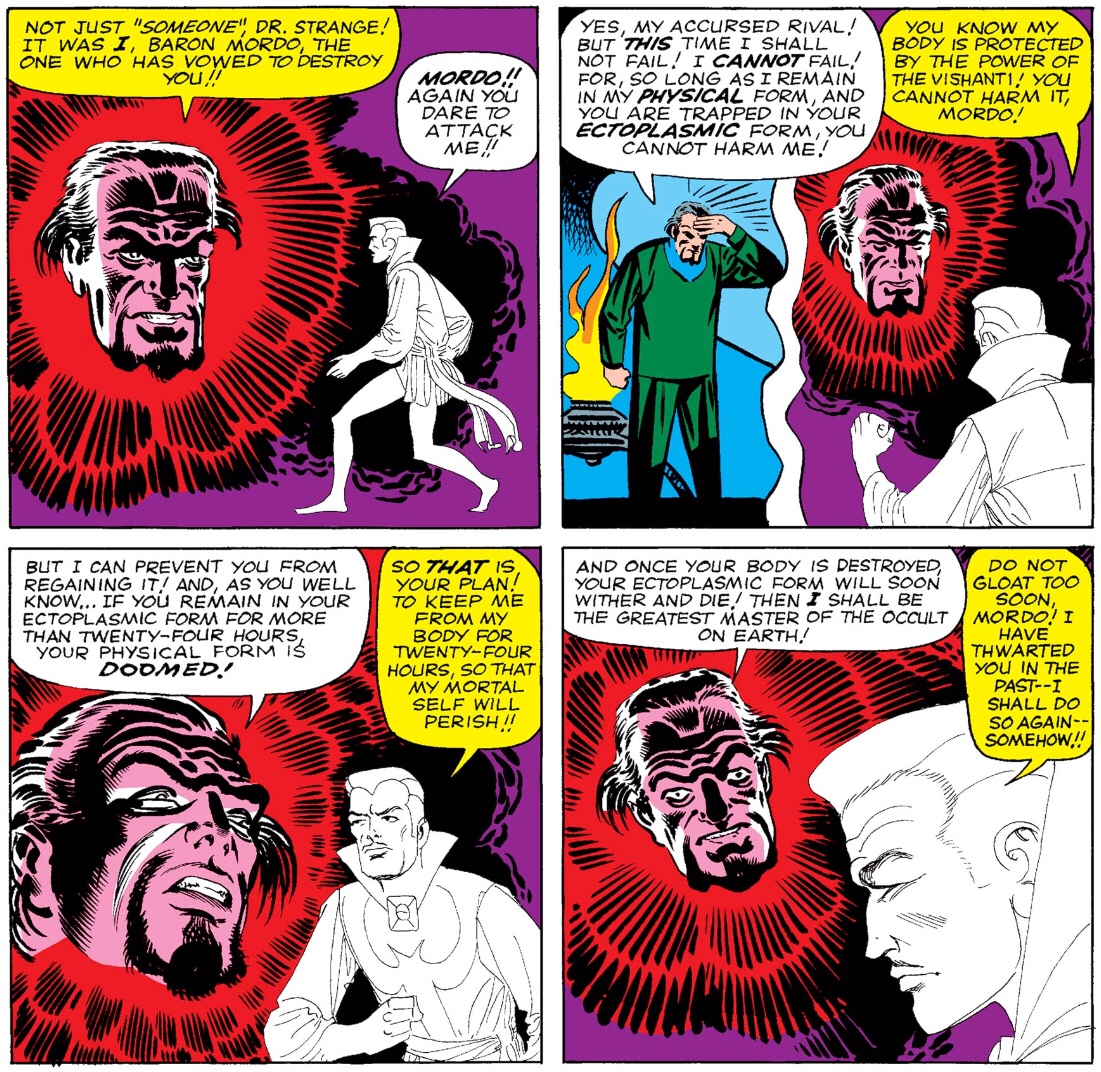 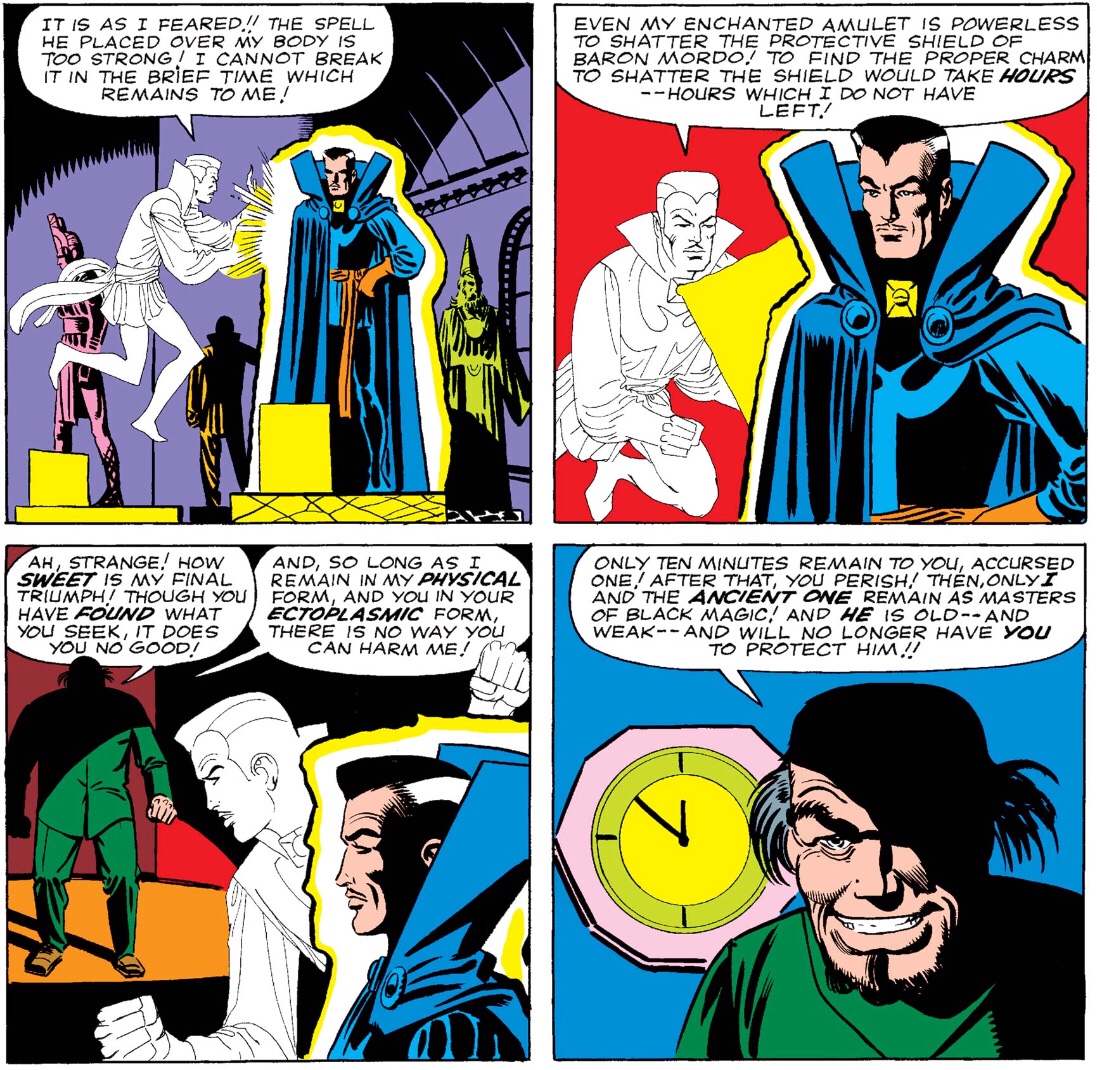 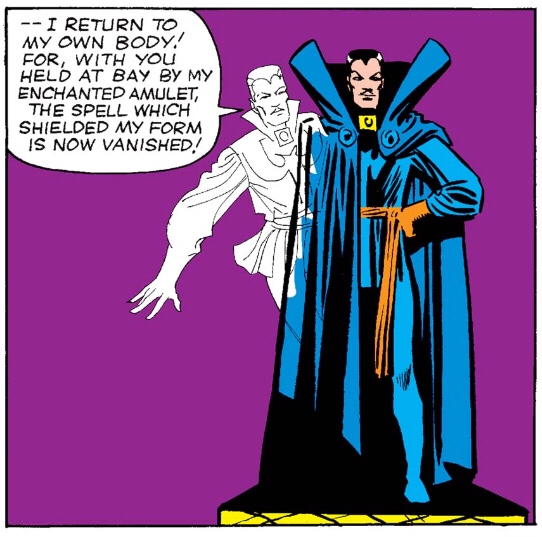 Not really. The Human Torch story was mildly interesting for the nonsense Stan Lee came up with to answer the question “But what if a bad guy keeps Johnny damp?” Aside from that silliness, it’s a bad story. The Doctor Strange tale had some cool ideas presented, but they aren’t developed. At this point, I am really starting to wish that Steve Ditko had come up with a more interesting visual to show the difference between physical bodies and astral forms; the black and white image is distinct, true, but it’s visually boring in these stories. 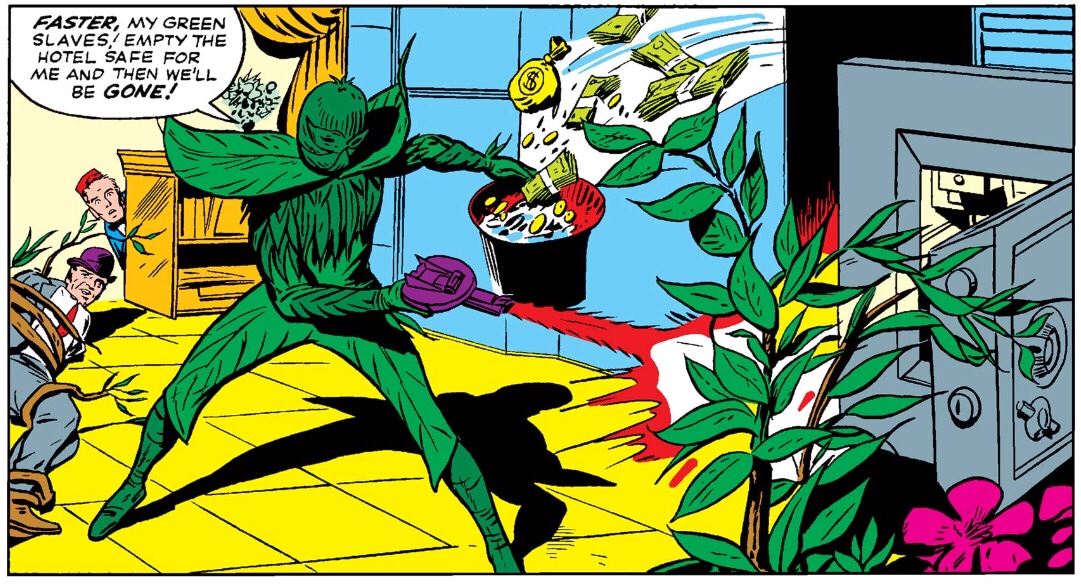