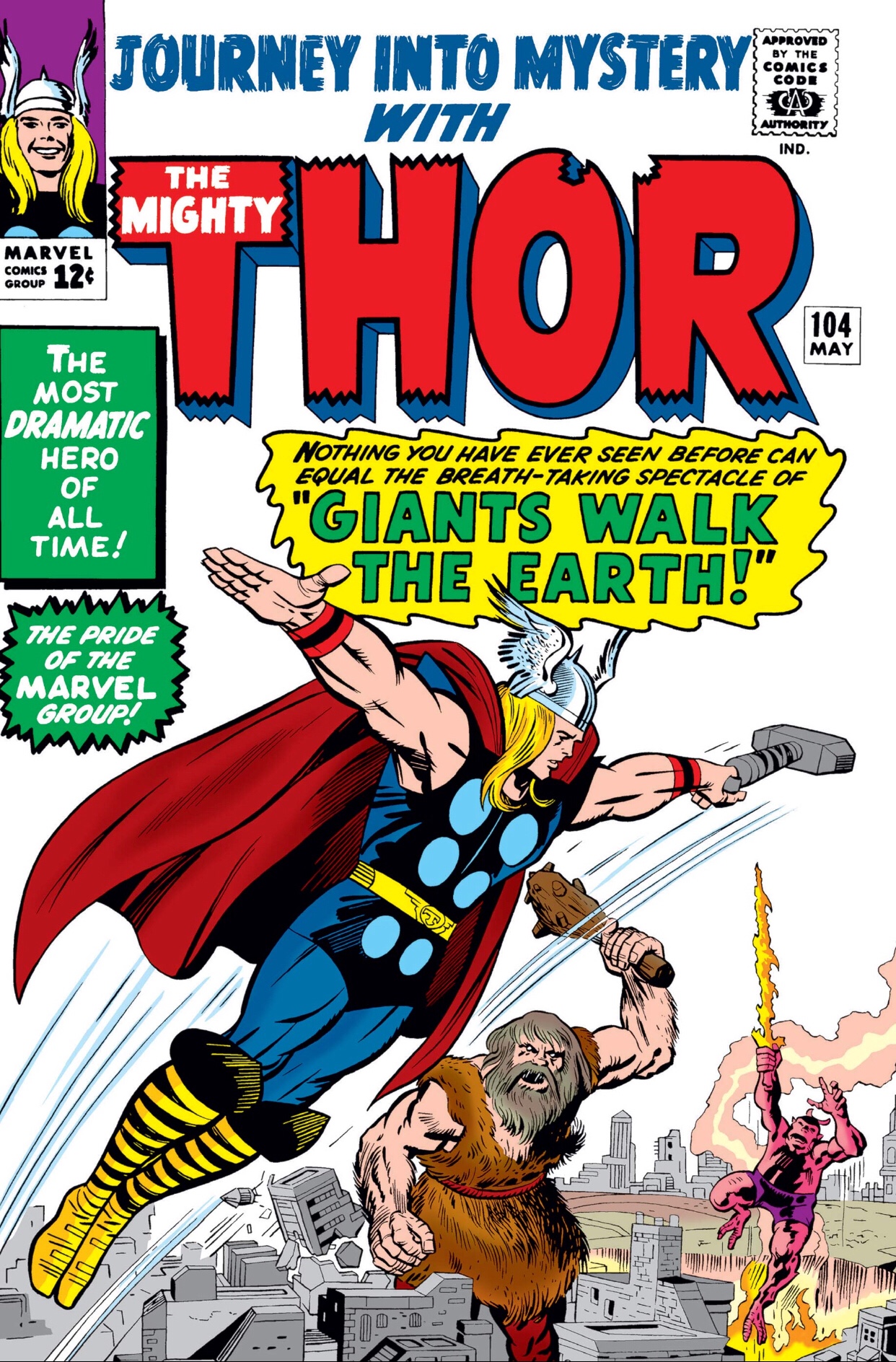 “Tales of Asgard: Heimdall the Guardian if the Rainbow Bridge”

When Odin visits Thor on Earth in the main story, he makes a mistake by leaving Loki in charge of Asgard. Loki immediately frees some of Asgard’s most powerful foes and sends them to battle Thor and Odin, in an attempt to win Asgard’s throne.

In “Tales of Asgard,” we learn how Heimdall became the sentry of the Bifrost.

In “Giants Walk the Earth”: 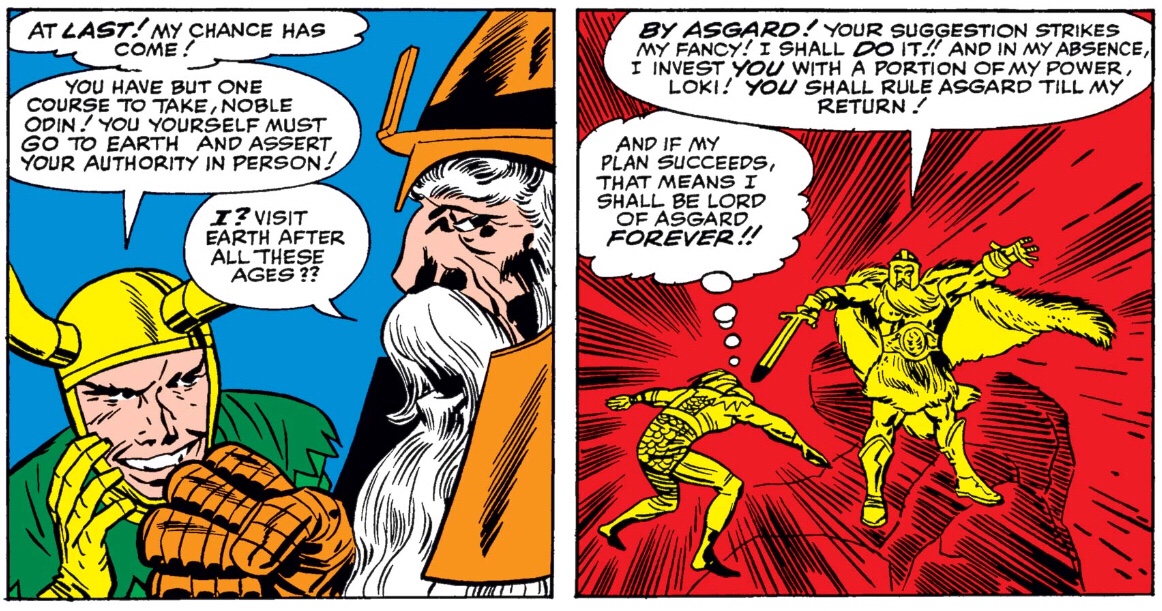 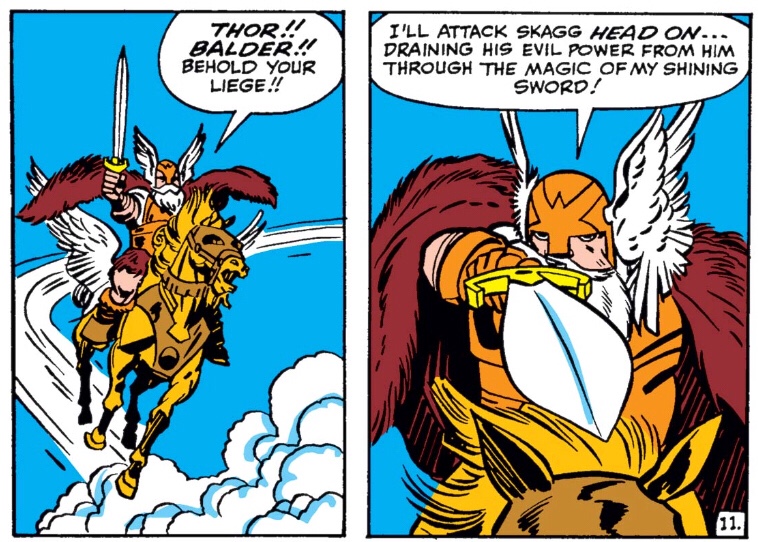 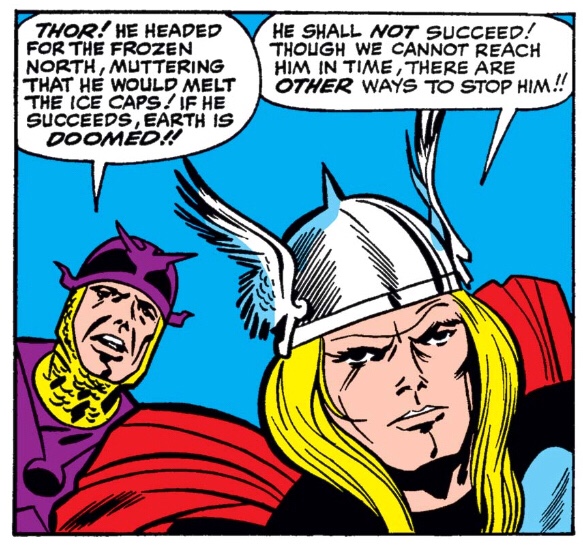 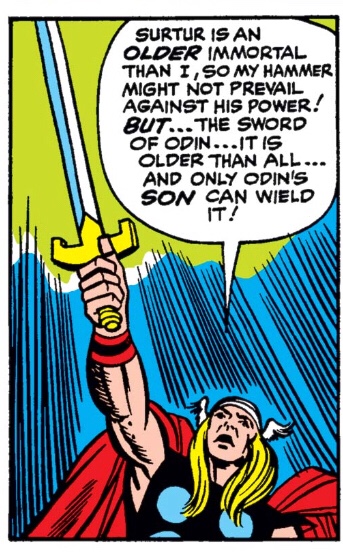 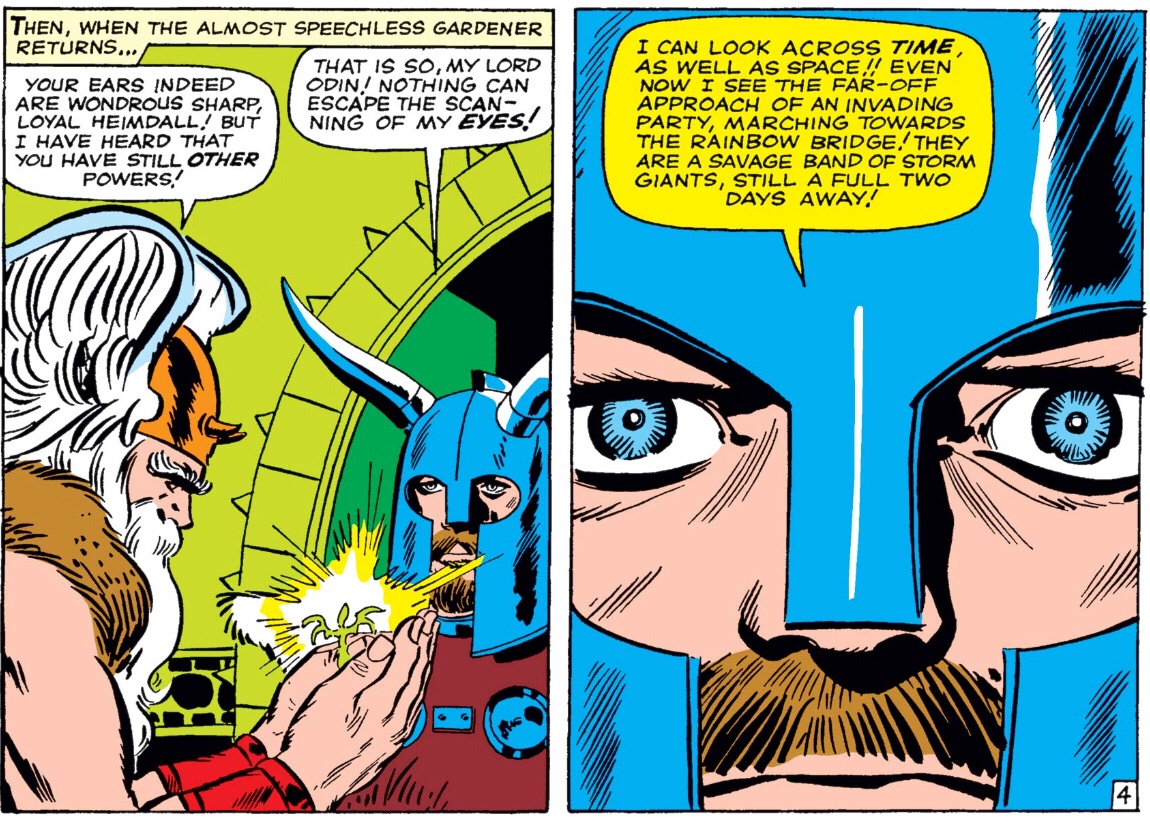 Yes, this was a pretty good issue. I liked how quickly Loki proves himself to be untrustworthy, and I liked the scope of Skagg and Surtur’s threat. It was also nice to see another Asgardian fighting. The “Tales of Asgard” story wasn’t great, but I liked that it spotlighted Heimdall, rather than Thor or Odin.

I even liked how stupid Odin was to leave Loki in charge of Asgard. That is the choice of a distracted parent, and, with that perspective, I find it all too plausible. 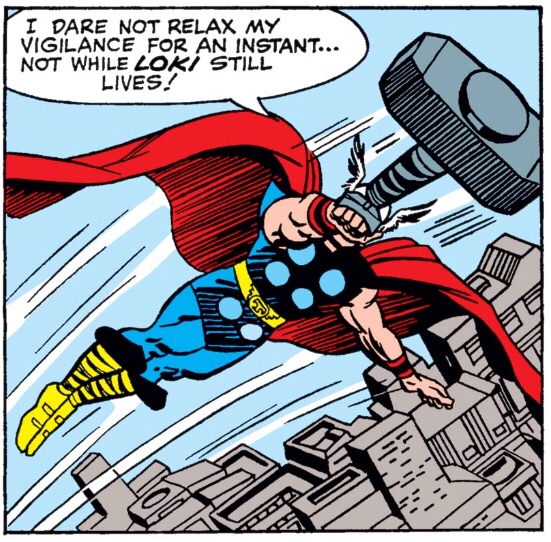