Doctor Octopus is upset that he was unable to defeat Spider-Man last issue, so he is intent on wreaking havoc until he can battle Spider-Man once again! But how effective can an ill Spidey be against such a dangerous foe? 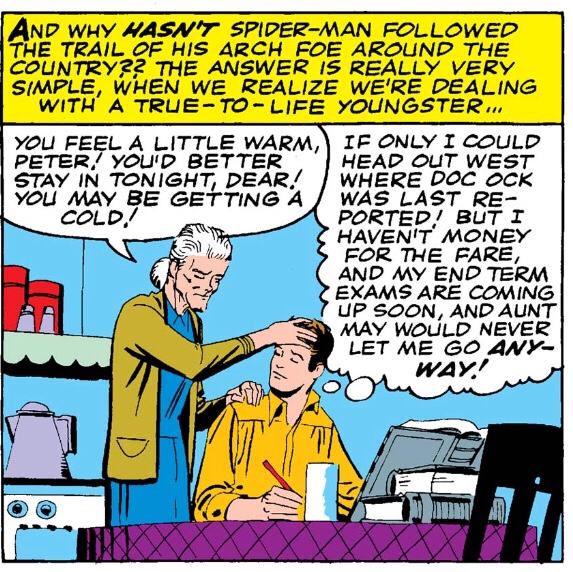 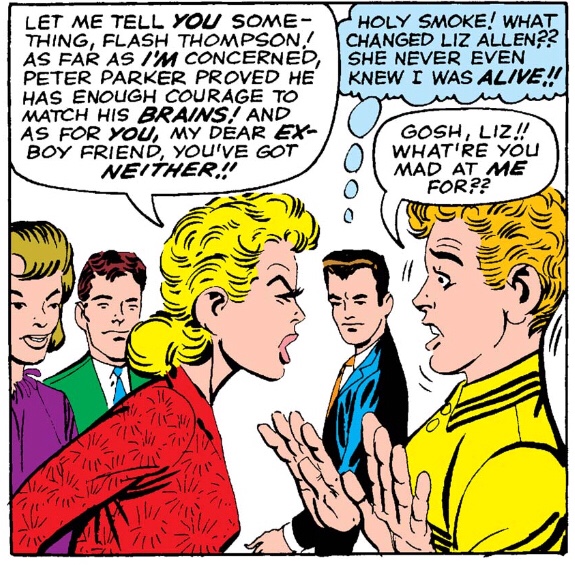 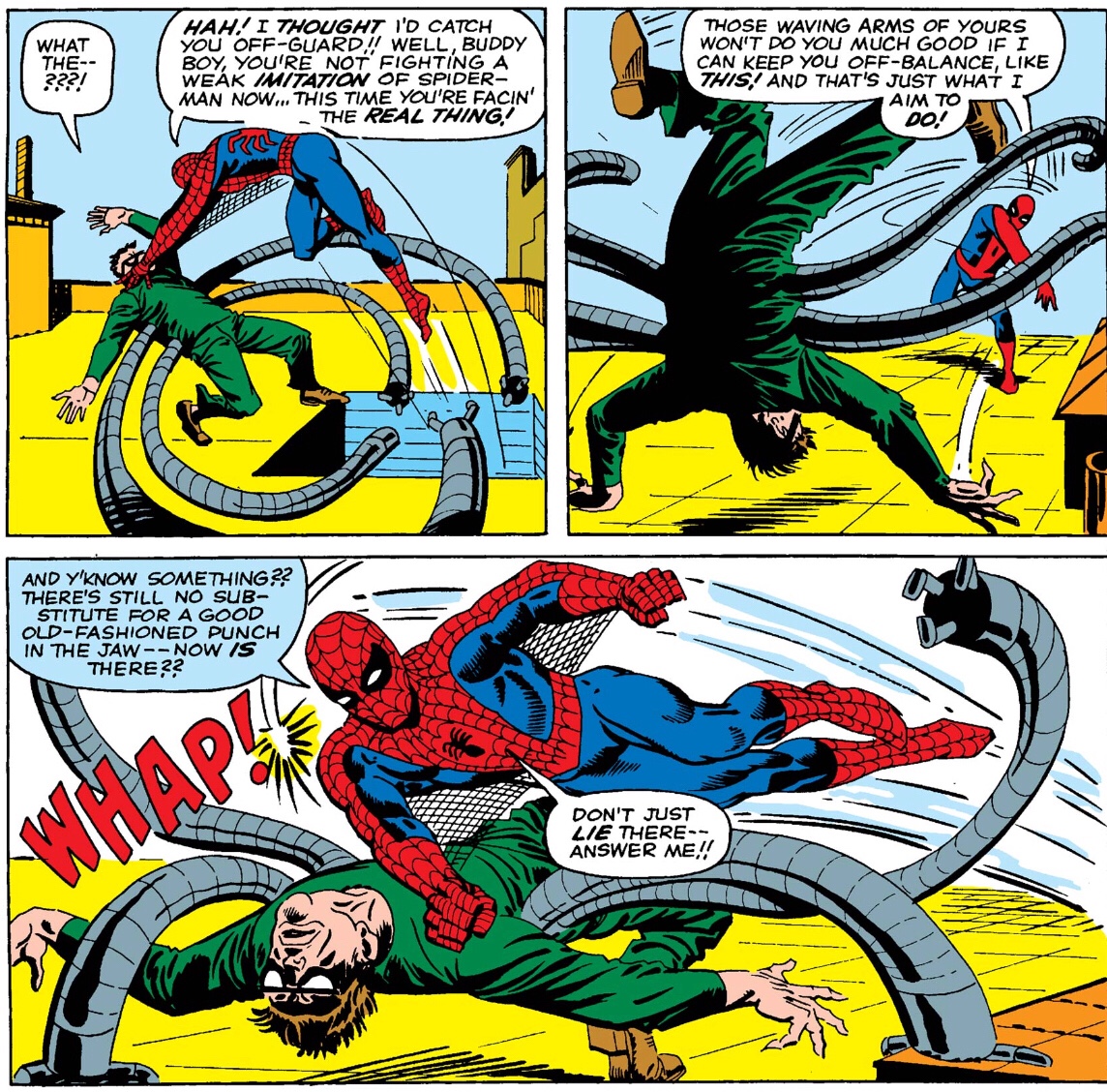 There are some convoluted bits in this story —- Spidey’s sickness and unmasking —- but this was still a fun story. It’s always nice to see the “Parker luck” narrative turned on its head a bit, so having two girls romantically interested in Peter was a nice change. I’ve never been a huge Doctor Octopus fan (pre-Superior Spider-Man, of course), so I’ve enjoyed seeing how Stan and Steve originally established Doc Ock as a legitimate villain. 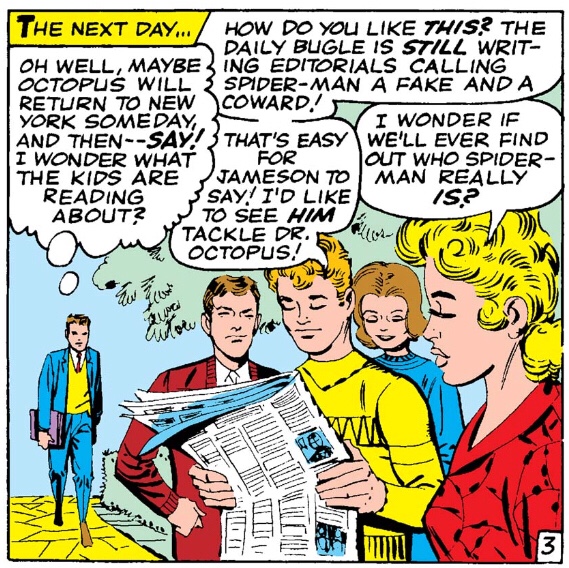 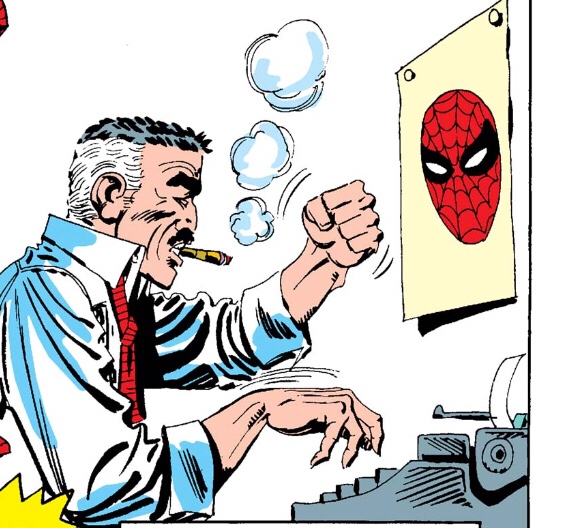 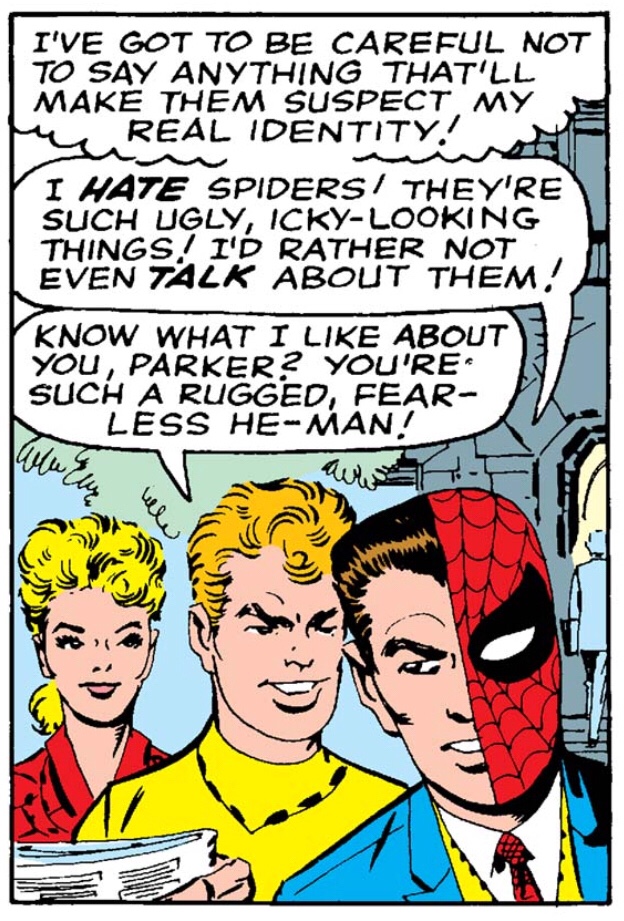 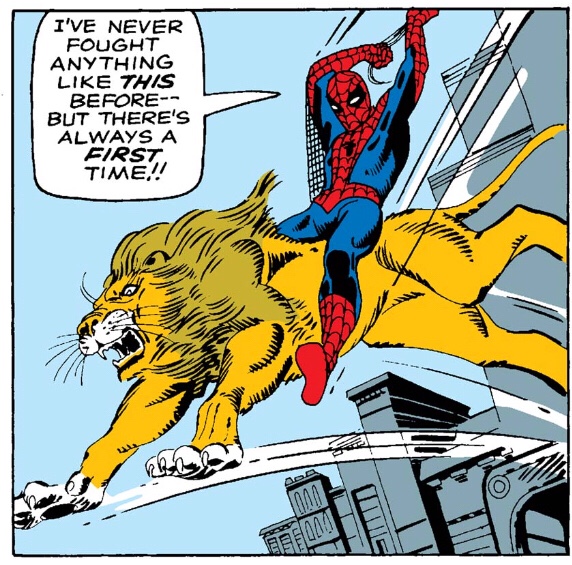 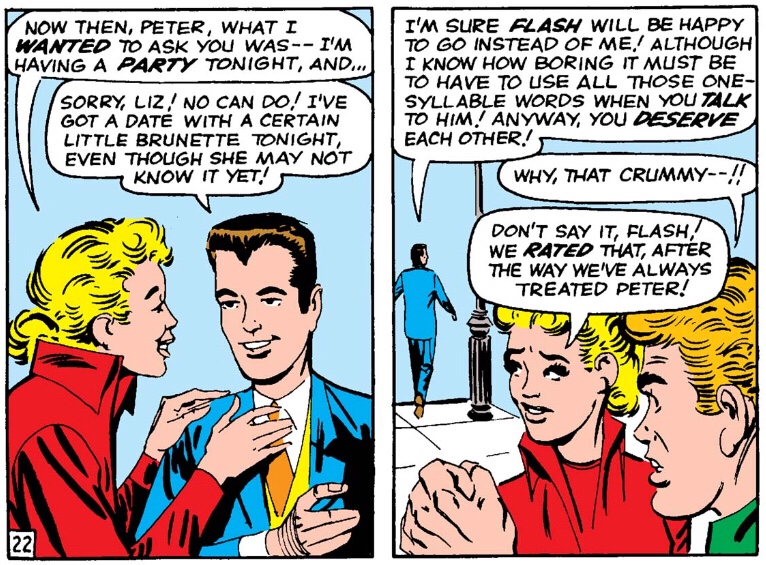 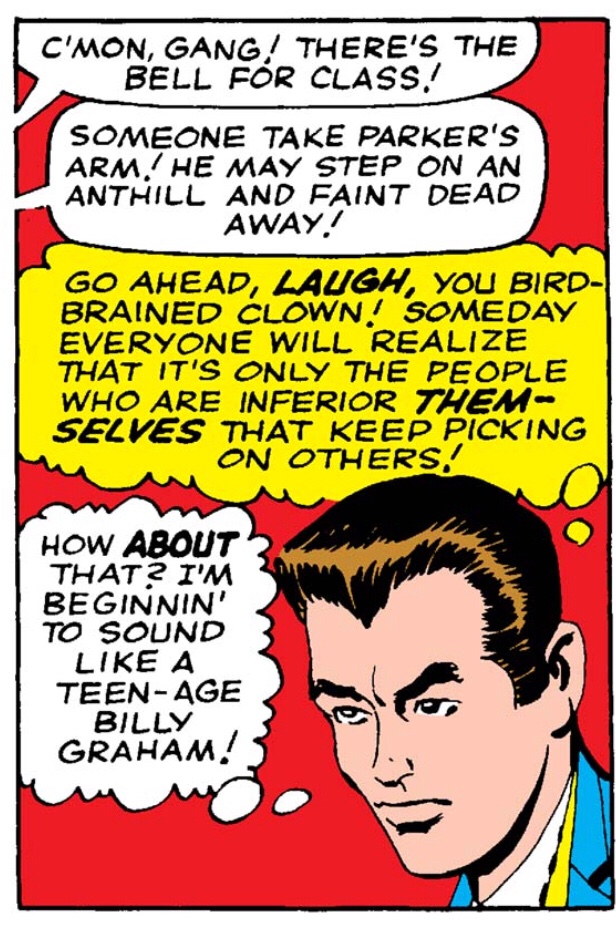 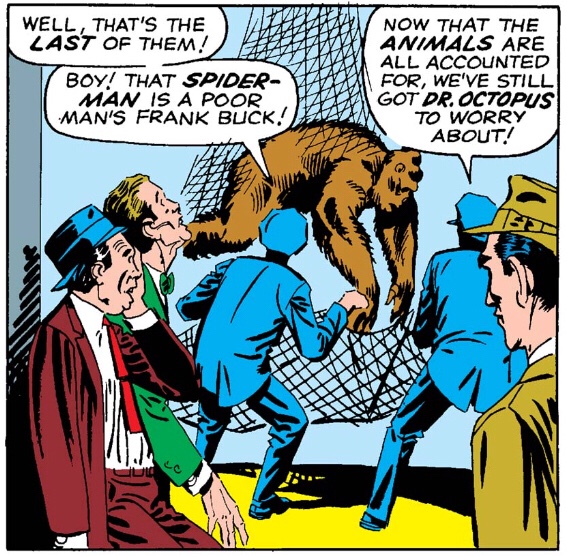