“Beware of the Blob!”

The X-Men try to recruit a new mutant, the Blob, but he doesn’t want to join the team. He does want the technology and secrets that X-Men have, though, so he leads a group of carnival workers in an attack on the X-mansion. 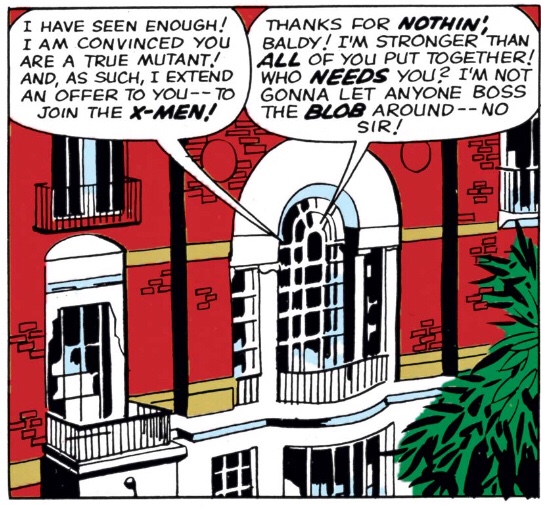 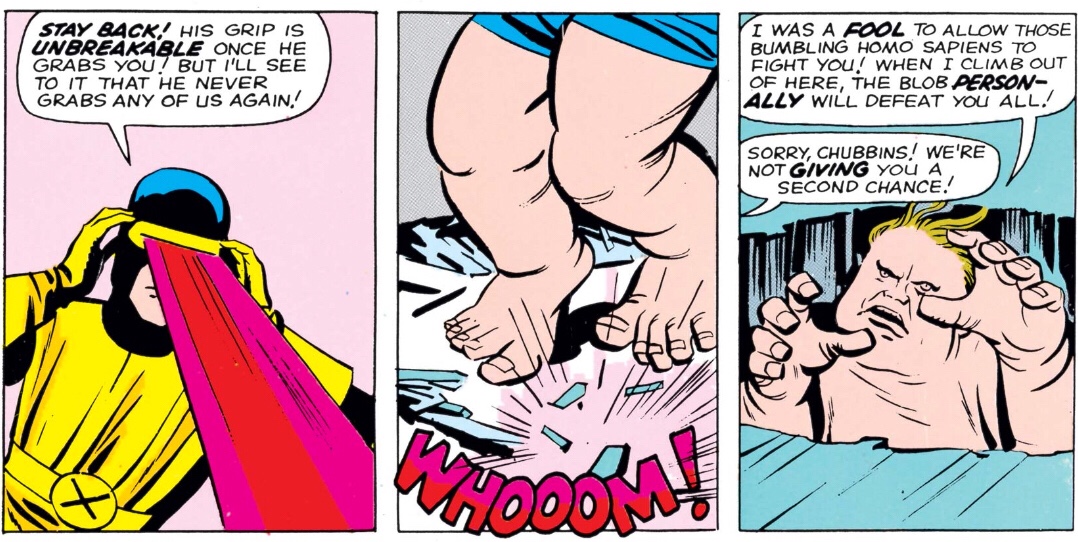 This is a weird comic. It was busy enough to be entertaining, but it’s got a lot of dumb moments. The most notable example —- Professor X not having a back-up plan, in case someone rejected an offer to join the X-Men —- is just preposterous. The X-Men spend a lot of this issue being beat up, which seems like an odd creative choice. It would work better if they showed teamwork succeeding and solo battles failing, but that’s not what I see in this issue. 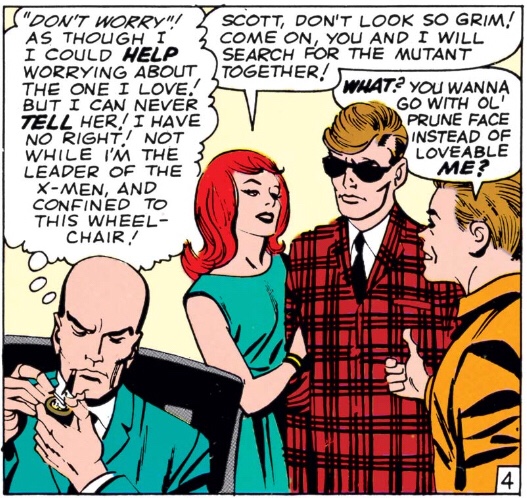 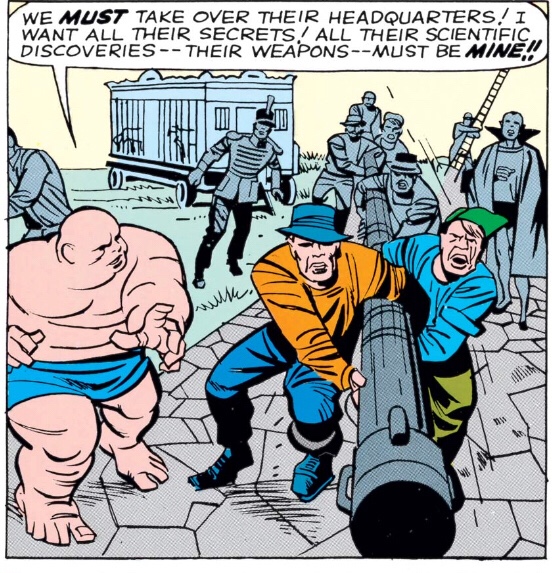