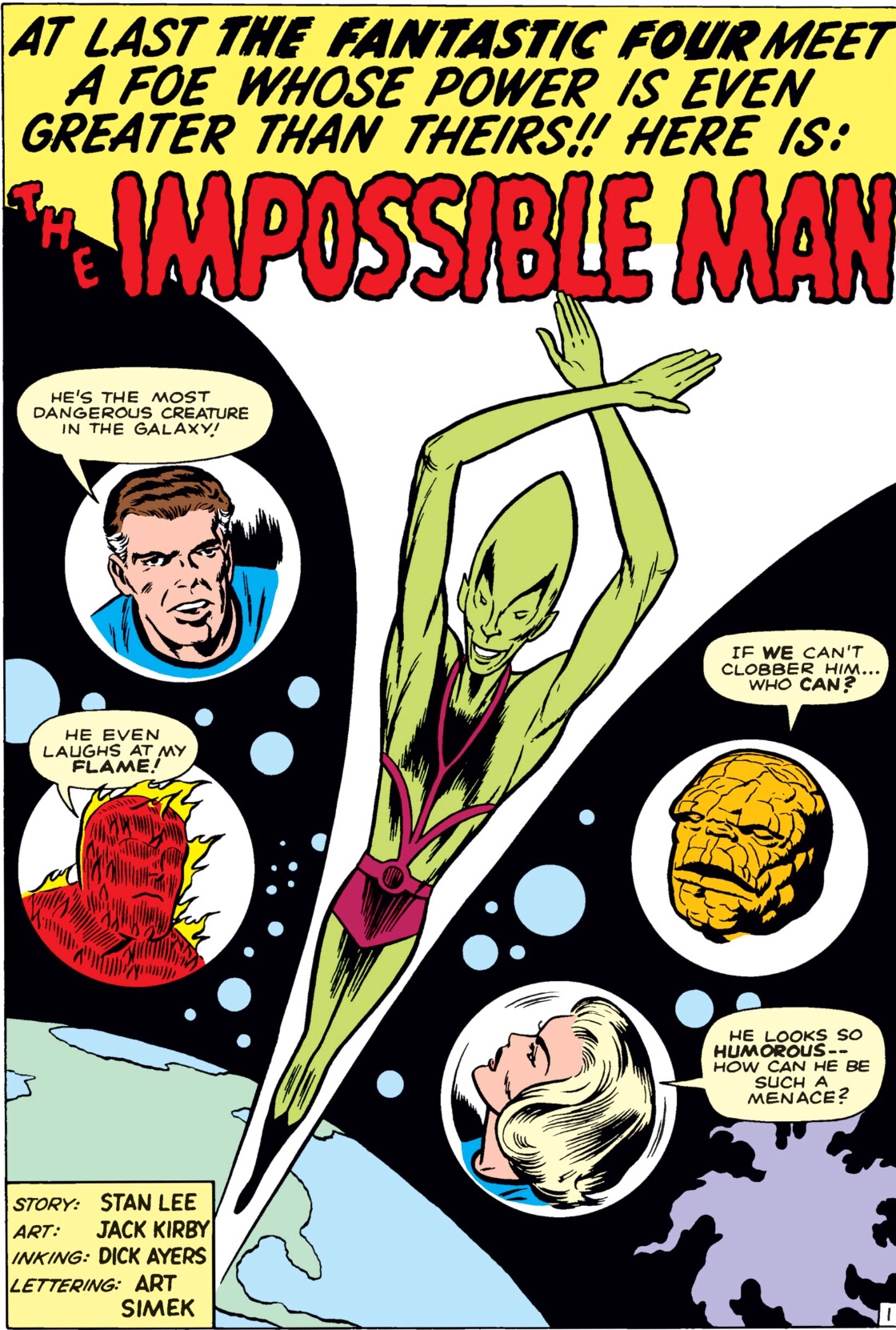 These are some fun issues. They’re not all good, strictly speaking, but they are all fun. Even when the stories get a bit formulaic or silly (the Microverse story and Impossible Man come to mind), the creative team manages to balance things out with good characterization. Stan and Jack are starting to “get” the characters, and that is leading to weirder stories, but the stories are grounded by the FF’s interactions with each other.

It helps that they aren’t telling any more generic monster stories. In 1963, the focus was on colorful villains: Doctor Doom (three times), Hate Monger, the Hulk, Impossible Man, the Mad Thinker, Molecule Man, Namor the Sub-Mariner (twice), Puppet Master, Rama-Tut, Red Ghost (and his apes), and Super Skrull. There’s a decent variety of enemy types in that list, but what makes these issues fun and interesting is the variety of ways the heroes counter the bad guys.