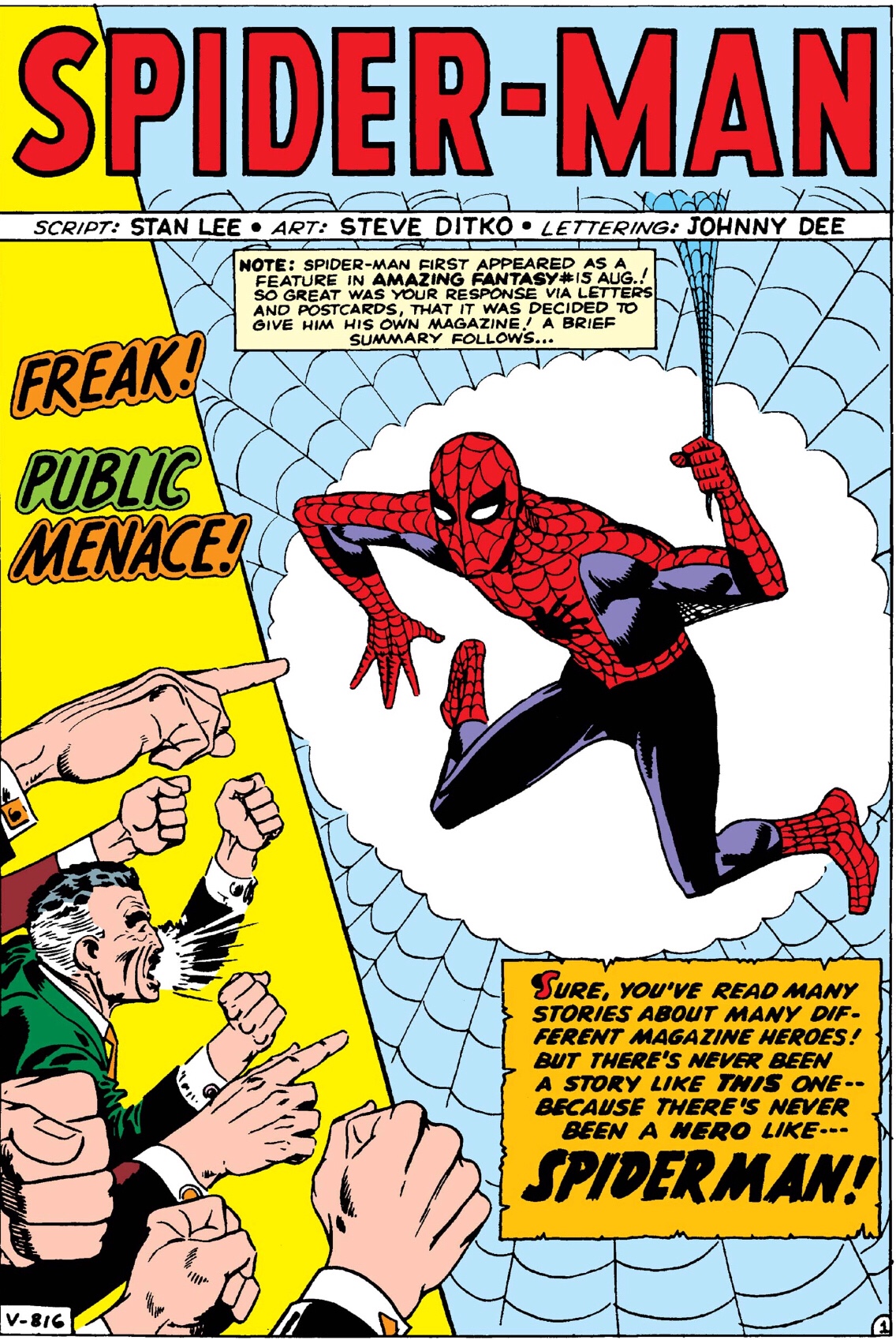 Seven; issues 1-7. The series began on a bi-monthly schedule, but became monthly in September, with issue 4.

Yes, it was, and it was good right from the start. In 1963, Peter Parker was the only Marvel character (aside from the Thing) with relatable, everyday problems. That alone would make him among the most likable Marvel characters, but his reactions to these problems is what really separated him from the pack. Peter didn’t always have heroic reactions to his troubles; specifically, he fantasizes about harming, or letting harm come to, Flash Thompson on numerous occasions, only to relent and do the right thing. A lot of comic book characters alter-egos at the time (especially those at DC, but also Donald Blake and Henry Pym) were bland and saintly; giving Peter a dark side, even one that is fleeting, worked wonders for this title.

It helps that the creative team (Stan Lee and Steve Ditko) was constant throughout the year. The first two issues were good, but not great —- the shorter stories were clearly intended for publication in Amazing Fantasy before it got cancelled —- but the book really hit its stride when they started publishing full-length stories in #3.

The villains from 1963 were memorable, too, which makes a lot of these stories both fun and historically important. The Chameleon, Doctor Doom, Doctor Octopus, Lizard, Sandman, Tinkerer, and Vulture (twice!) all face-off against Spidey in these issues. There were no stereotypical one-off science fiction monsters in these issues, these would become recurring characters thanks to the depth that they showed in these issues.

It can be fun to track the minor story points throughout a year’s worth of comics to see what ideas were developed, which were quietly dropped, and what weird trends emerged.