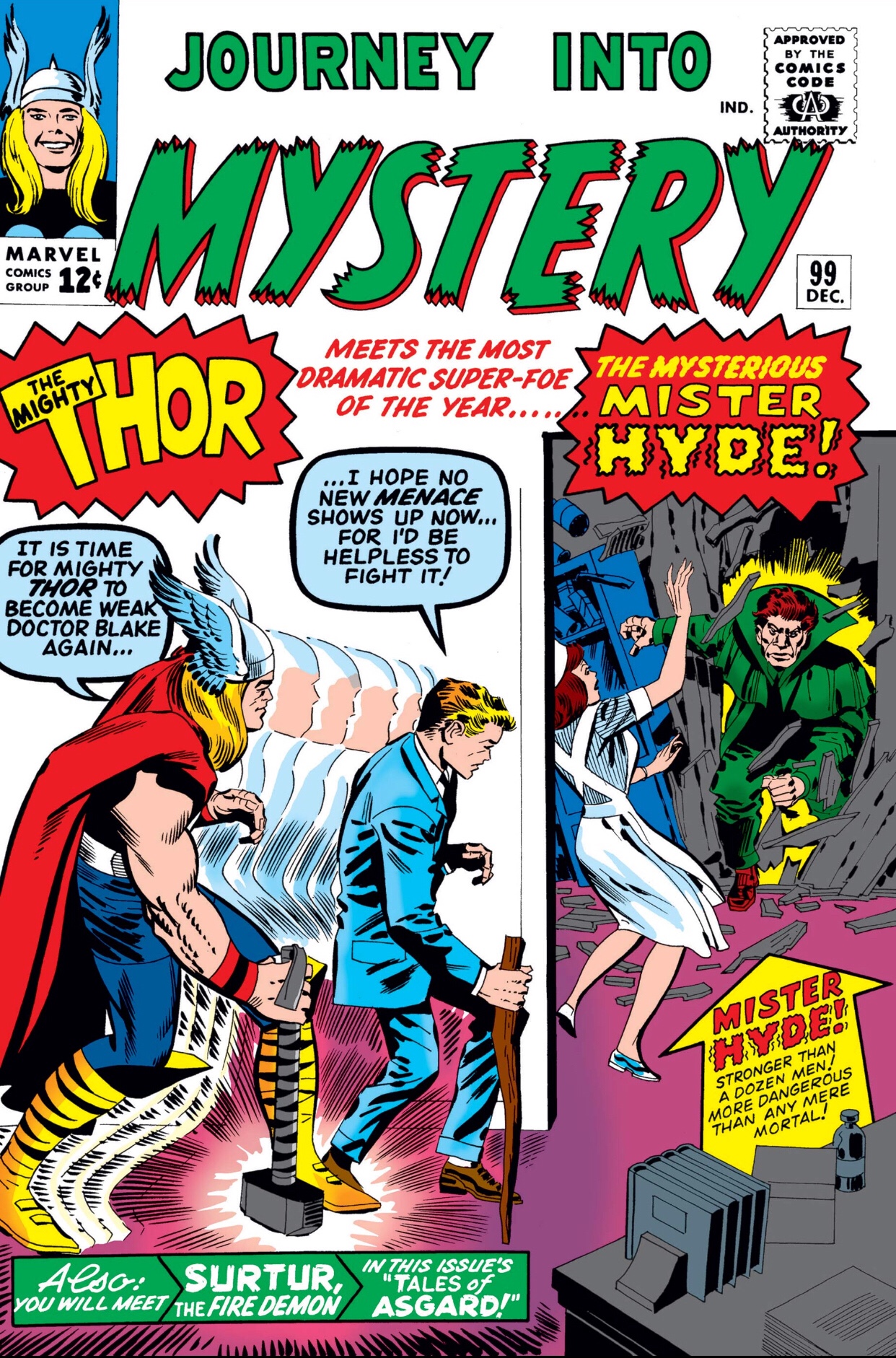 In “The Mysterious Mister Hyde,” we meet Mister Hyde, the superhuman alter ego of Calvin Zabo. After gaining superpowers, Calvin Zabo decides to get his revenge on Donald Blake for an earlier slight. As luck would have it, Zabo (as Mister Hyde) breaks into Blake’s office at a moment where Blake’s magical cane (that can transform him into Thor) is across the room! Will Doctor Blake be able to get to his cane before his enemy can attack?

In “Surtur the Fire Demon,” we have another “Tales of Asgard” story. Here, we learn how Odin defeated Surtur, king of the Fire Demons, and imprisoned him forever.

It’s a mixed bag. Don Heck seems to be trying out some new things in this issue —- notably, more pronounced wings on Thor’s helmet —- and I think the art benefits from the risks he takes. Heck is no Jack Kirby clone, so seeing him add his own flourishes makes for a more visually interesting issue.

The story is okay. It’s nice to see some progress with the romantic subplot, but the story ended rather abruptly, with a ridiculous cliffhanger. Granted, this is the first part of a two-part story, but this portion wasn’t very satisfying.

The “Tales of Asgard” story was another installment in the ancient history of Asgard. Due to the compressed nature of the story, it is told almost entirely through narration. Honestly, I’d prefer if this feature wasn’t telling a self-contained story each issue. There’s no drama, no dialogue, and no personality in these 5-page historical summaries. 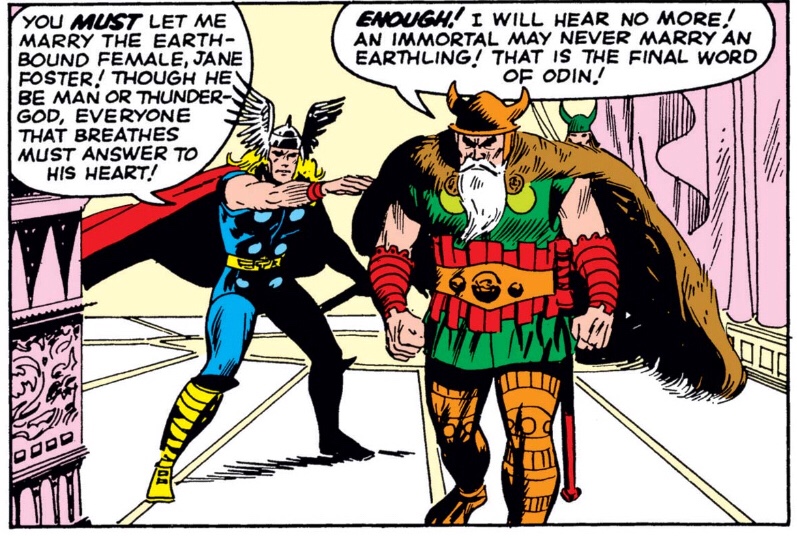 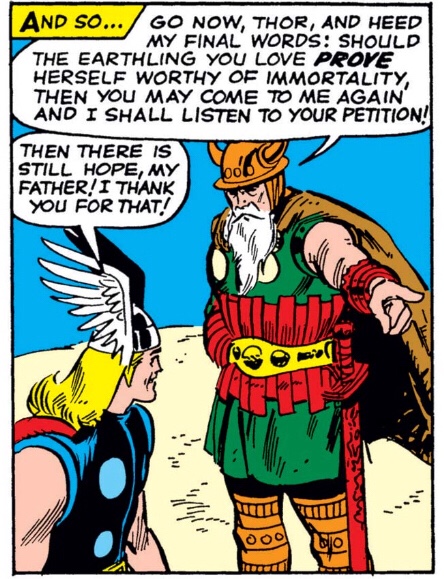 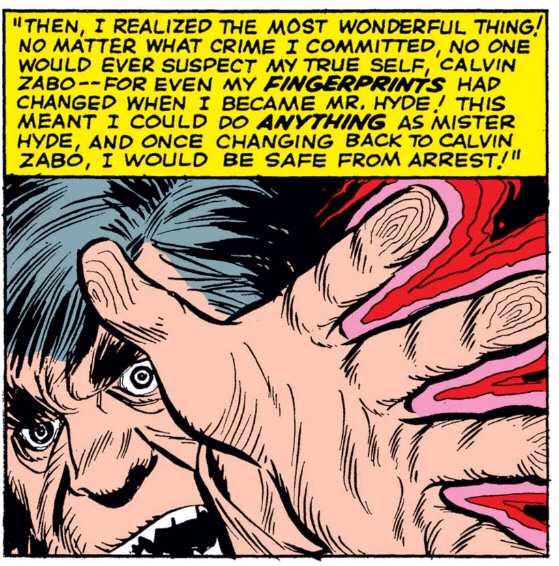 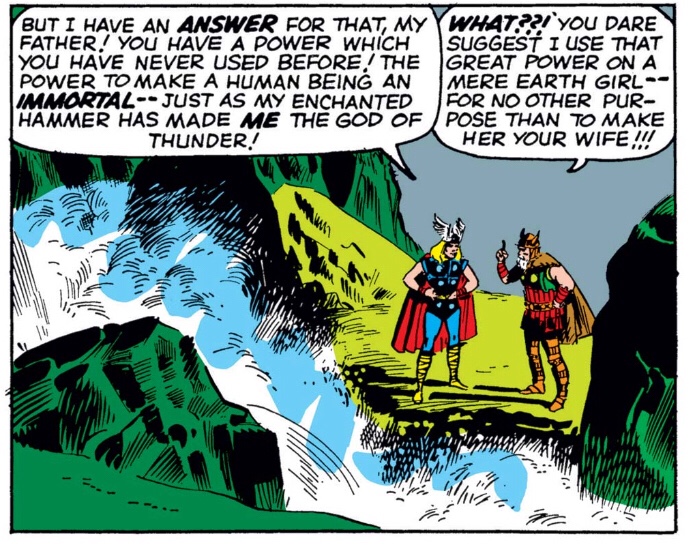 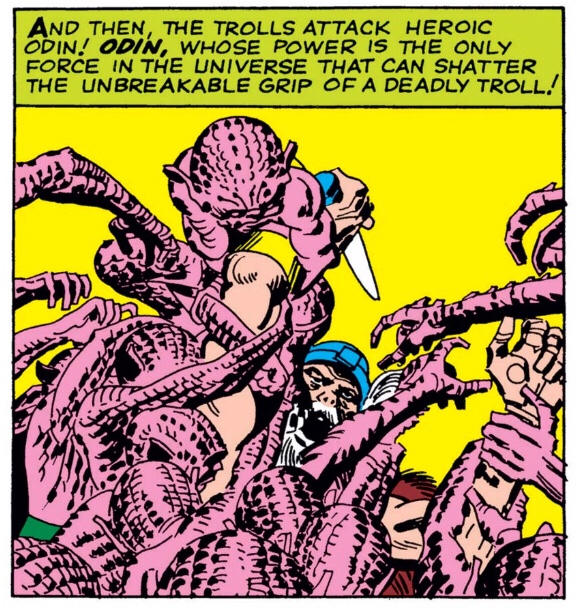 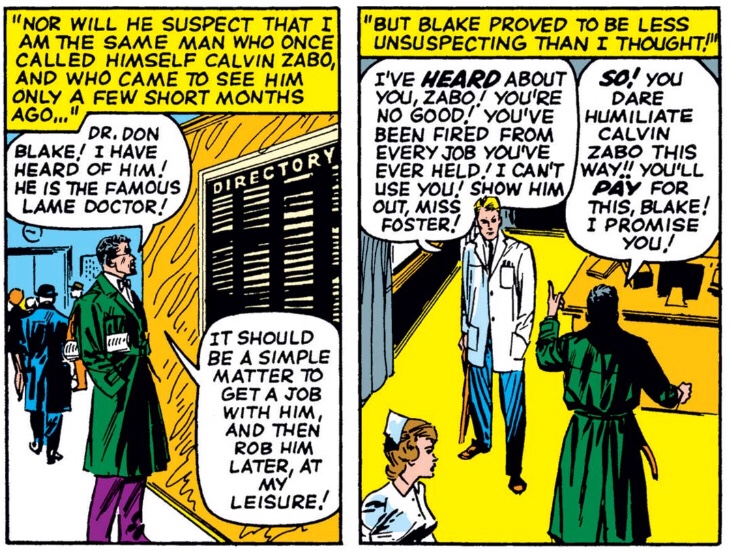