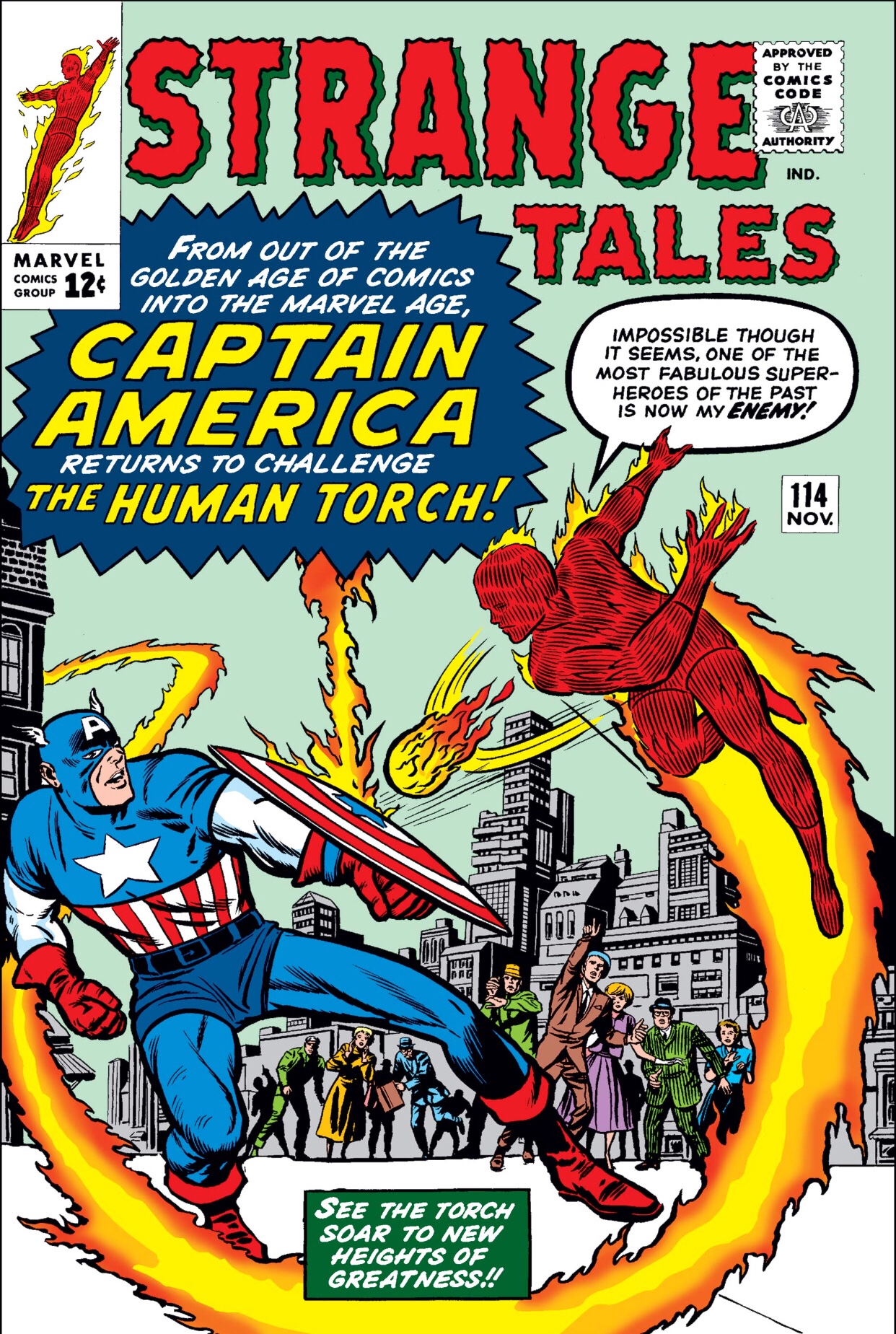 “The Return of the Omnipotent Baron Mordo”

In the “The Human Torch Meets Captain America,” well, I think you can guess the plot from the title. Some of the Torch’s friends tell him how excited they are that Captain America has returned, and is making an appearance at the Glenville auto show. Naturally, being a superhero that loves cars, Johnny is interested. 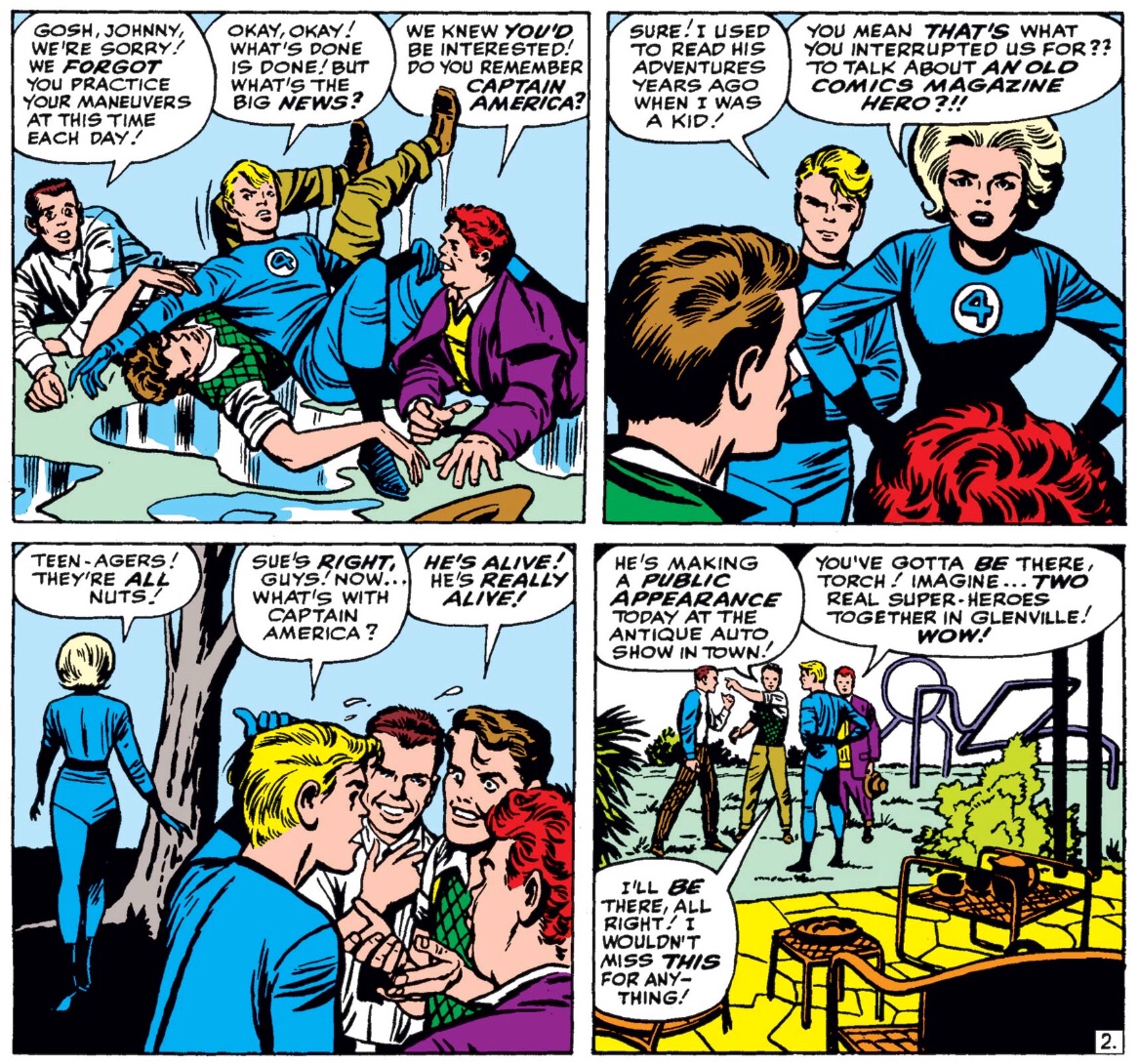 There is something suspicious about this Captain America, though, and it is up to the Human Torch to figure out what it is.

In “The Return of the Omnipotent Baron Mordo,” the evil Baron Mordo tries to snag Doctor Strange in a death trap. Strange battles Mordo, with some assistance from a magical neophyte.

Actually, this is pretty okay. The Human Torch story is dumb, but it was ridiculous enough to be entertaining. The Doctor Strange story wasn’t great, either, but it was different enough from the Torch story to seem refreshing. Of course, art from Jack Kirby and Steve Ditko doesn’t hurt, either. 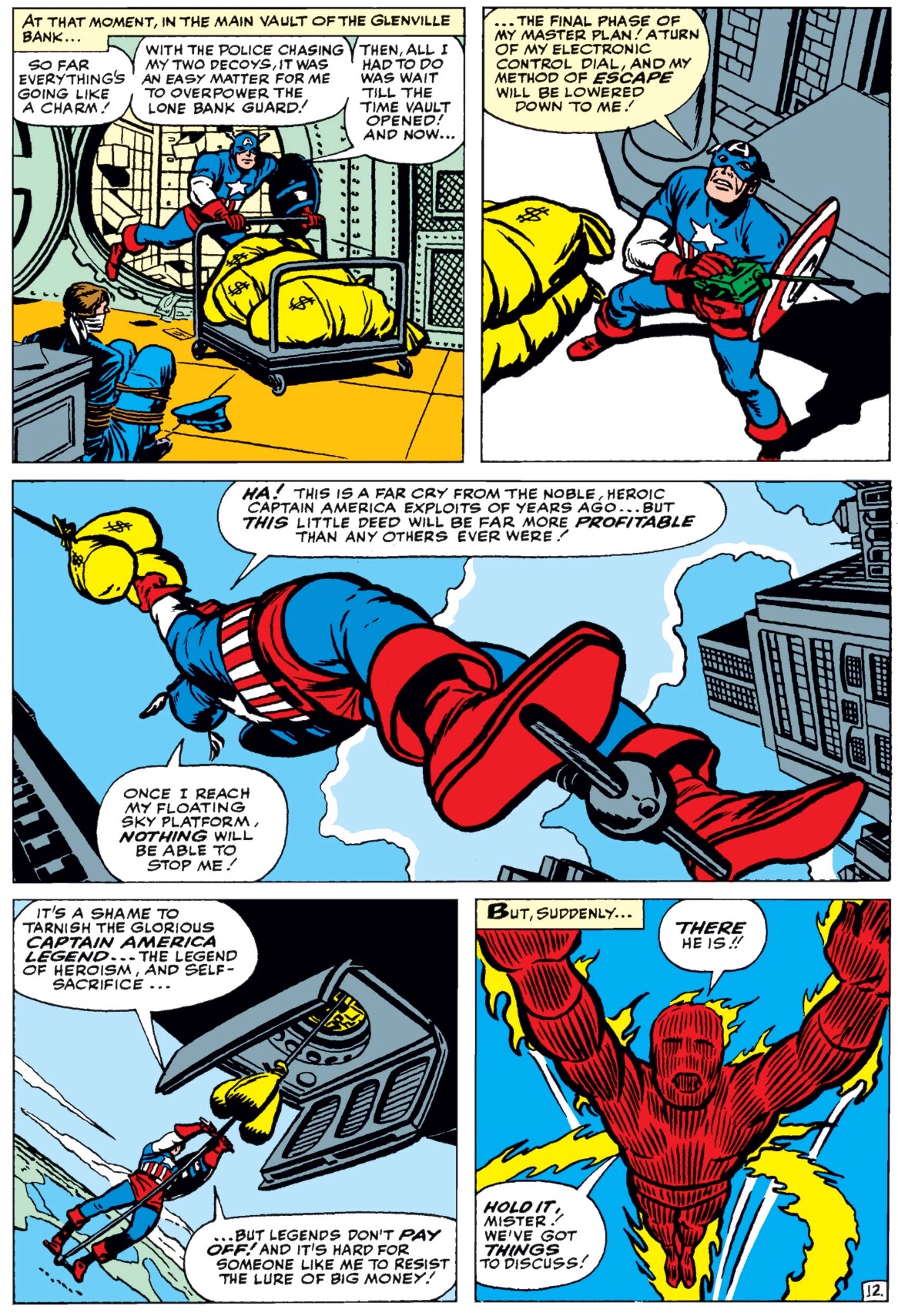 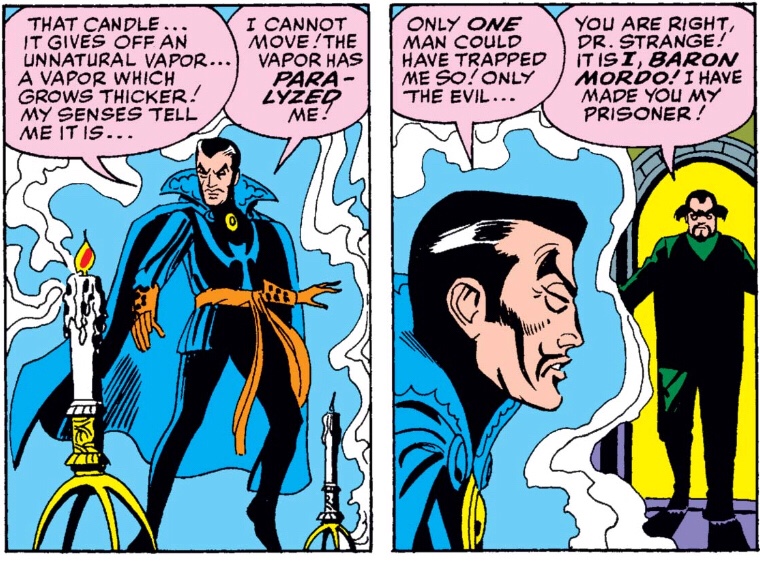 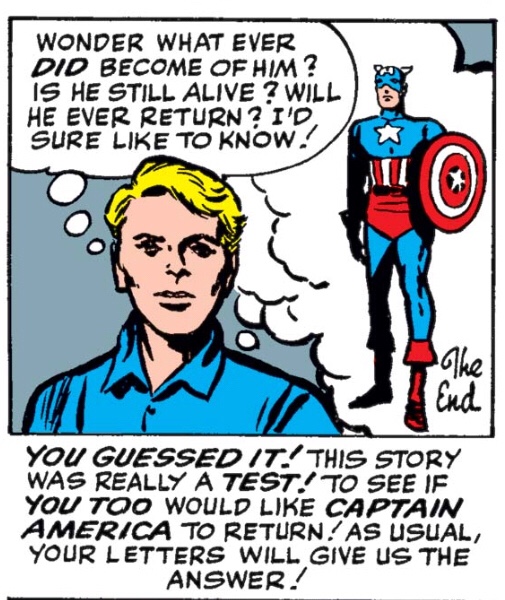 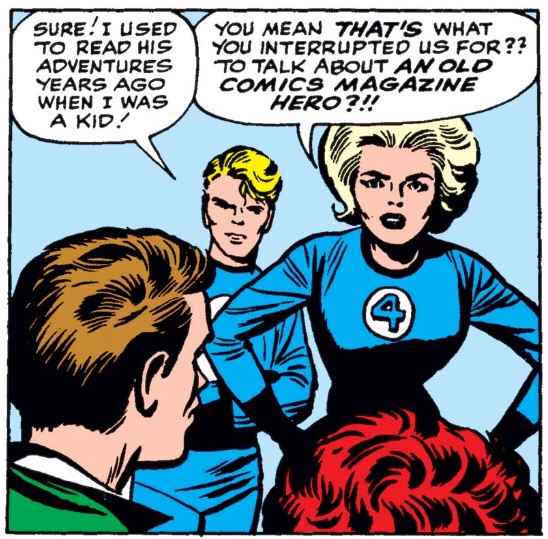 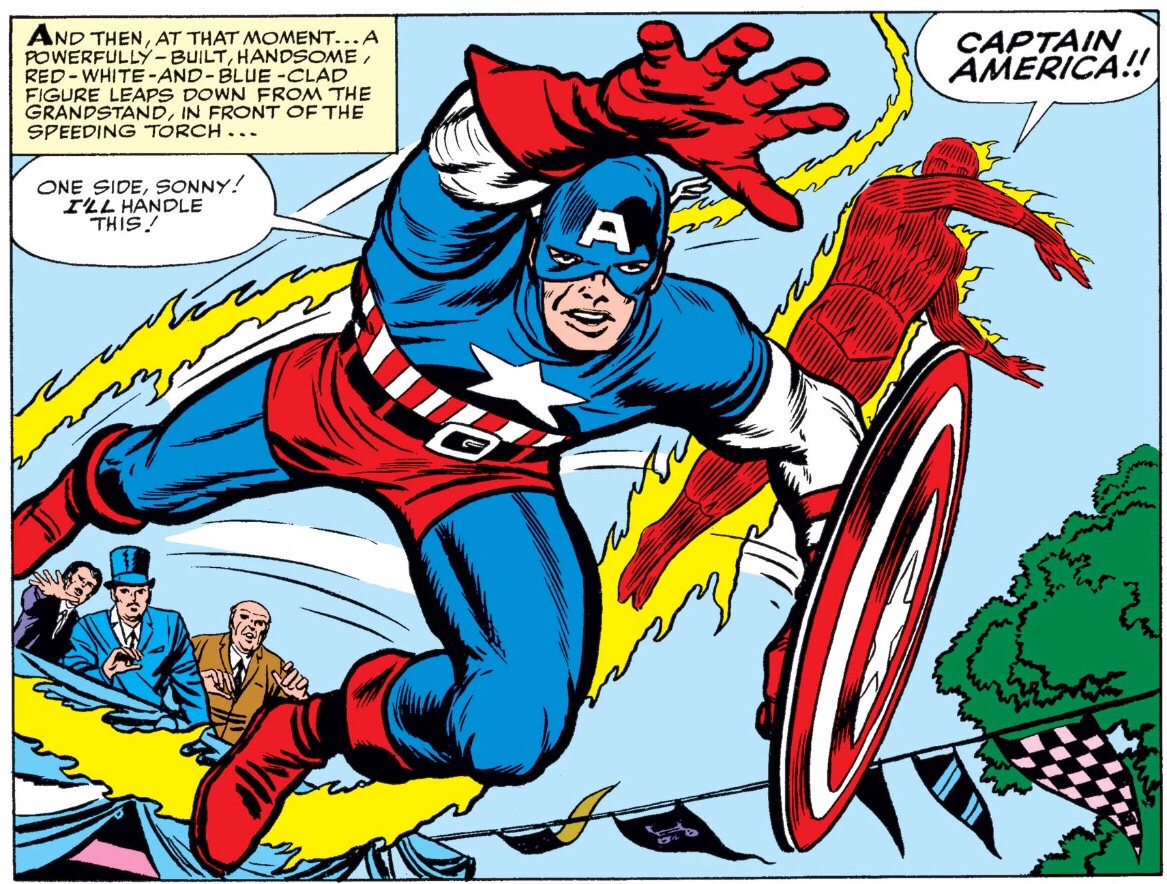 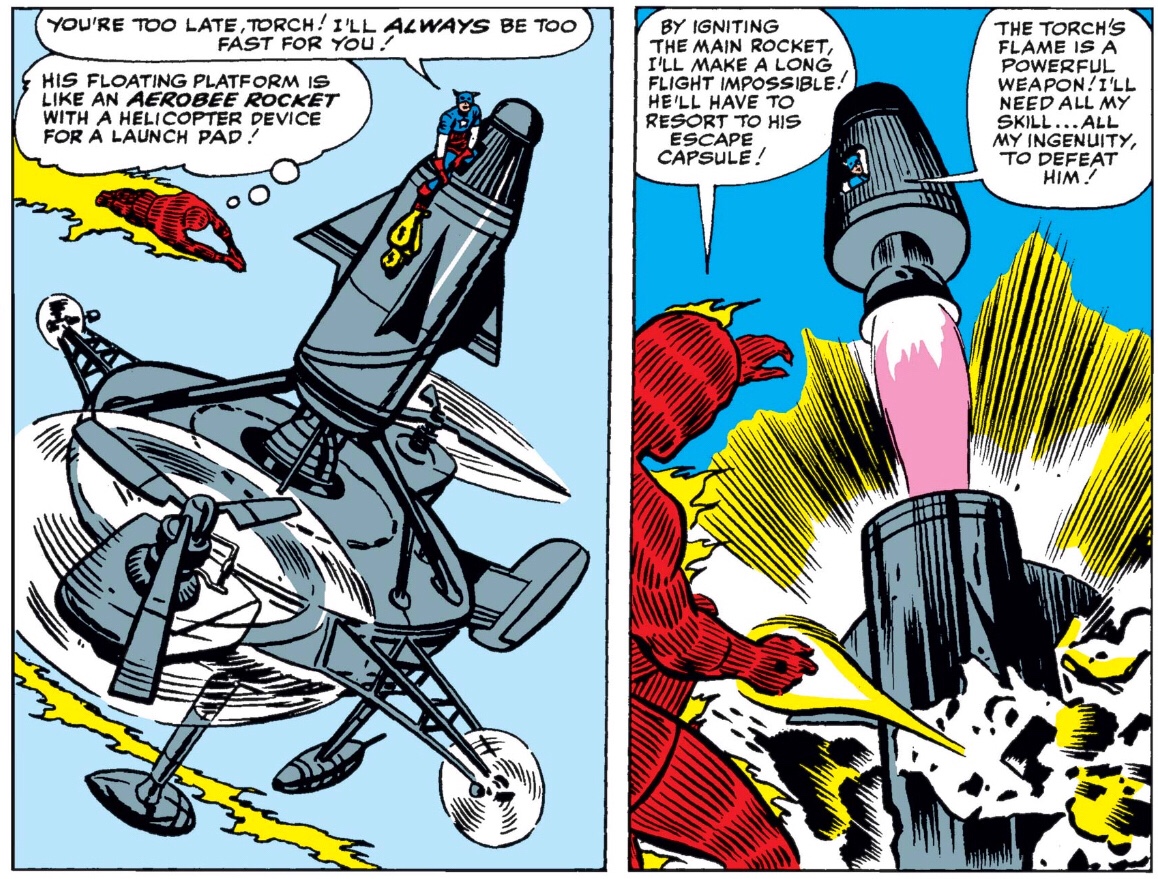 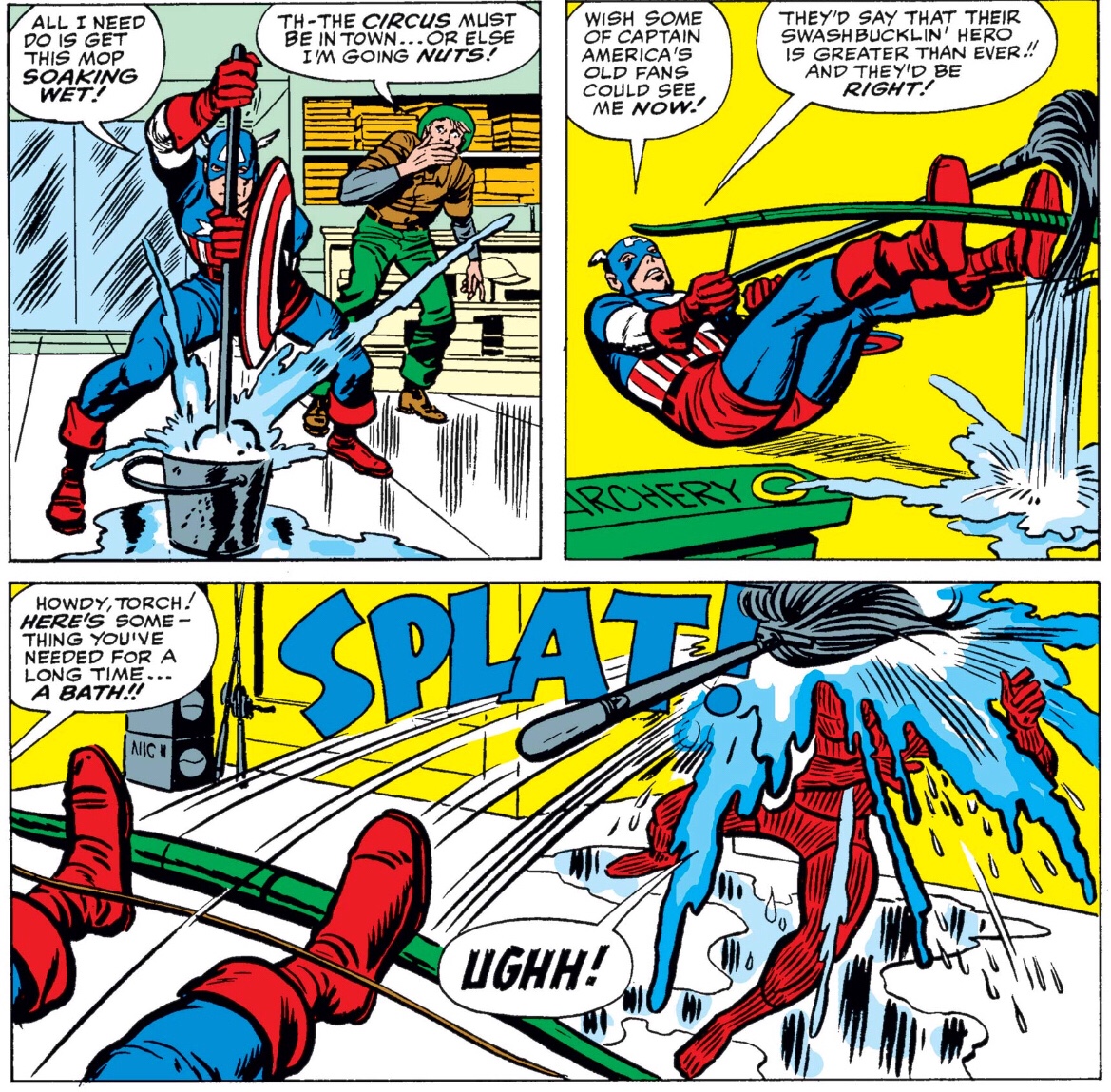