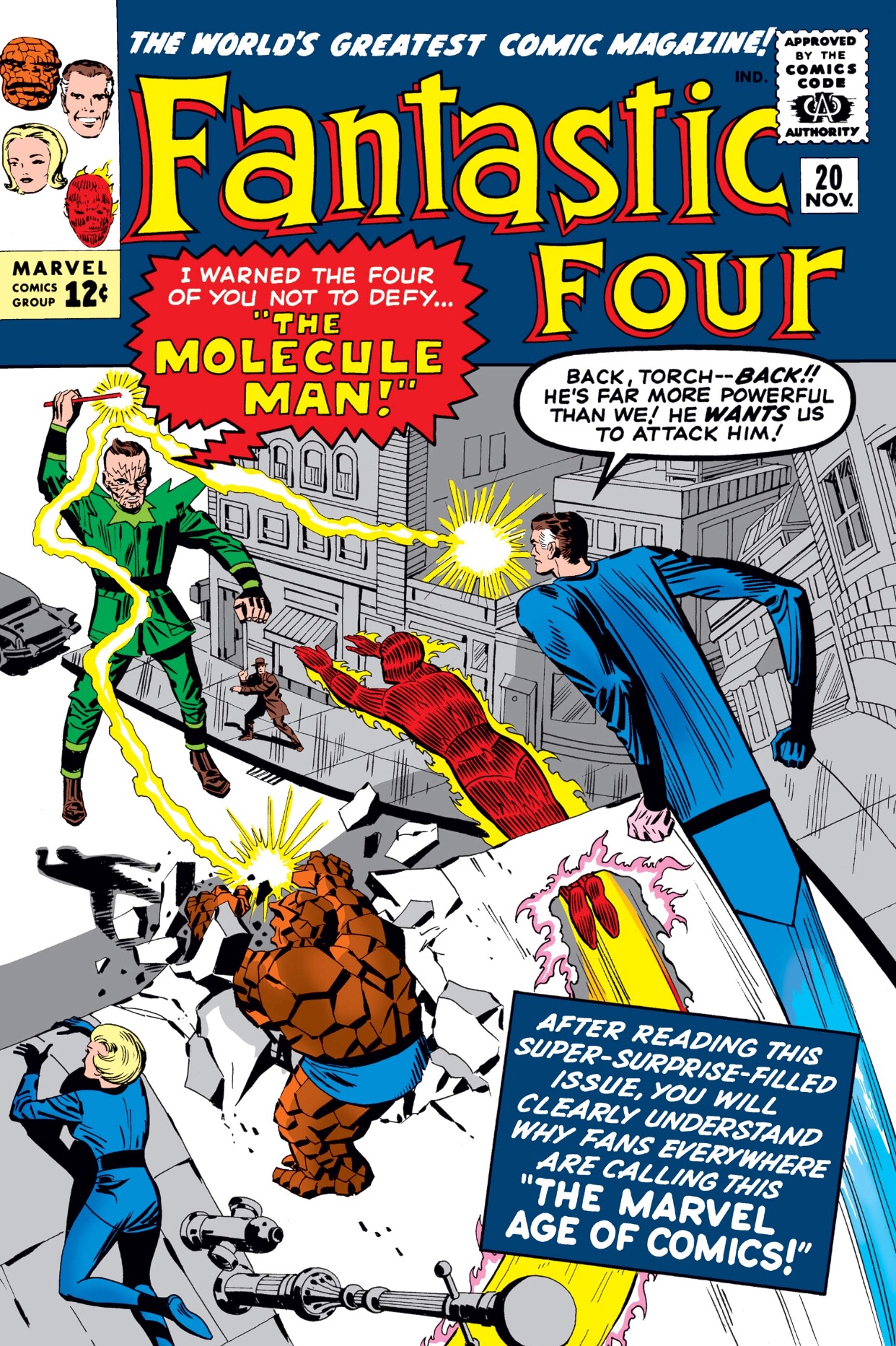 The Fantastic Four are alerted by the Watcher to a new, cosmic-level threat: the Molecule Man!

The Molecule Man has the power to destroy the universe, but settles for conquering New York City first. How can the Fantastic Four defeat an enemy that can destroy entire universes?

This is pretty good. I liked the portrayal of the pre-superpowers Molecule Man as a sympathetic nobody. The Watcher’s inclusion was a little too much, though; he introduces the problem and solves the question of “what’s next” when the FF eventually win. The loopholes used to overcome the Molecule Man were sketchy, but it is fun seeing the FF take on someone who dwarfs their power. I liked that —- while not expressly stated in the comic —- the Molecule Man’s greatest weakness was his simplicity/lack of imagination. 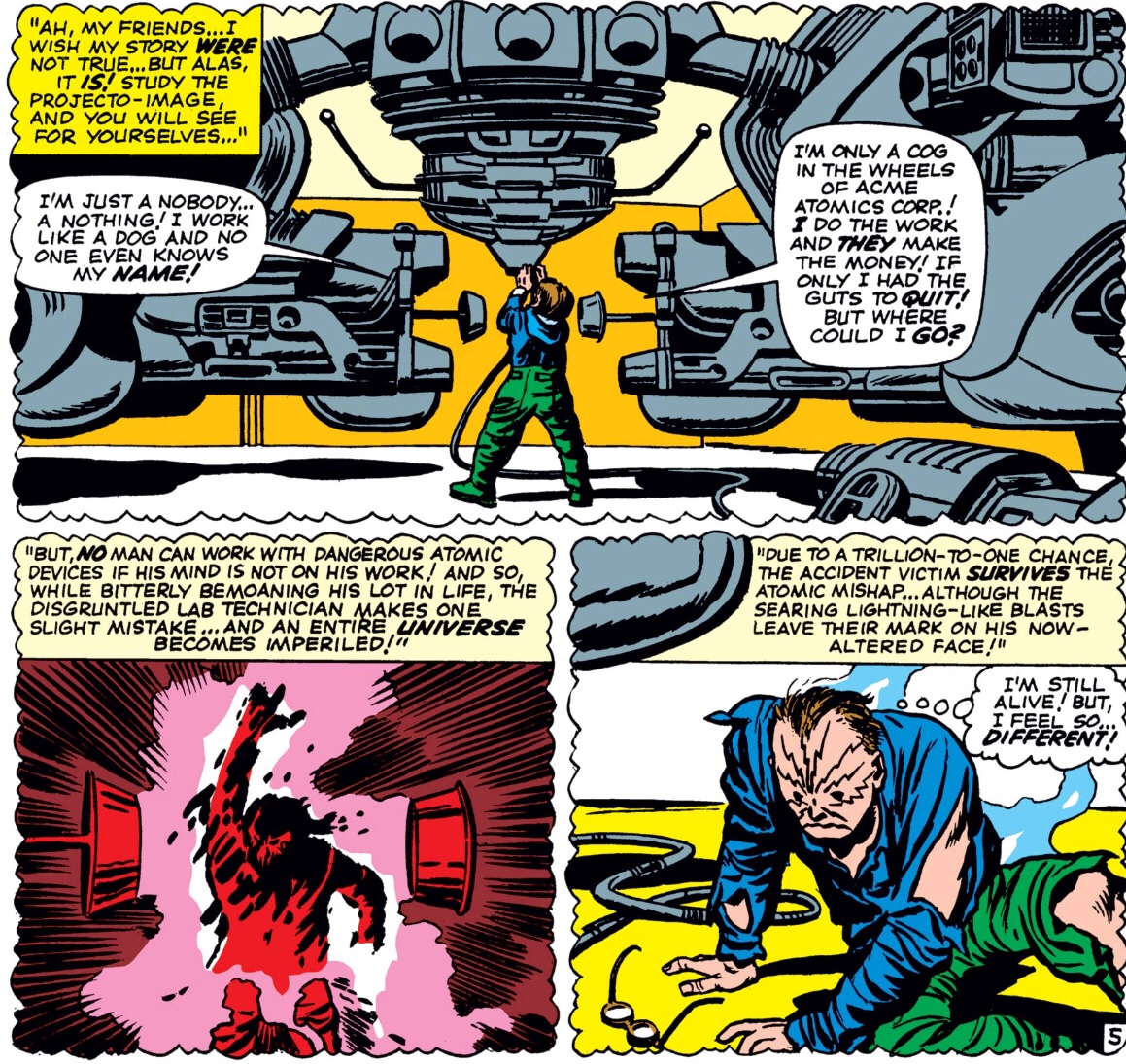 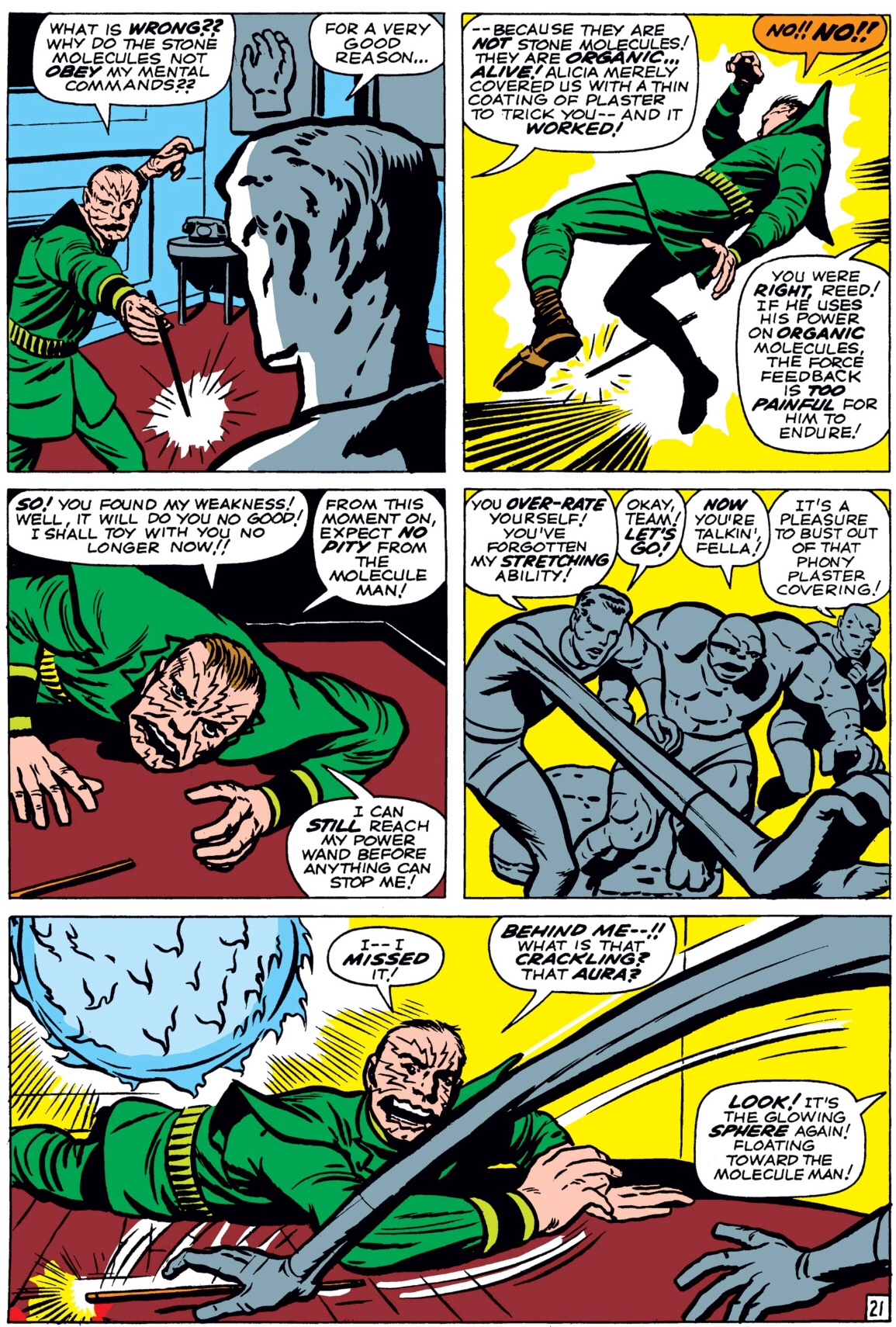