“Marked For Destruction by Dr. Doom!”

Thanks to J. Jonah Jameson’s constant smearing of Spider-Man’s reputation, Doctor Doom believes that Spider-Man is actually a villain. As such, he decides that having Spider-Man team-up with him to battle the Fantastic Four would make sense.

Not surprisingly, Spidey turns down Doom’s offer. Predictably, Doctor Doom doesn’t take the rejection well, but Spider-Man manages to escape. A few hours later, Doom interrupts all television programming to broadcast a message to the Fantastic Four: he has captured Spider-Man and will kill him, if the FF do not surrender to Doom!

Peter Parker, watching the broadcast from his home, knows that Doom doesn’t have the real Spider-Man; he can’t let an innocent be harmed in his stead, though, so it is up to Spider-Man to save the day.

Yes, this is pretty good. It’s a silly plot —- would Doctor Doom really buy into tabloid journalism? —- but it’s pretty fun. One of the things I especially like is Peter Parker’s dark moods. It is very heroic for him to fantasize about hurting Flash Thompson? No, but it is easy to identify with, and that sets this comic apart from its peers. 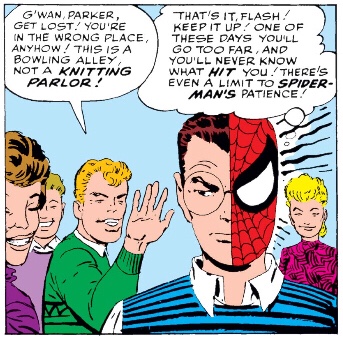 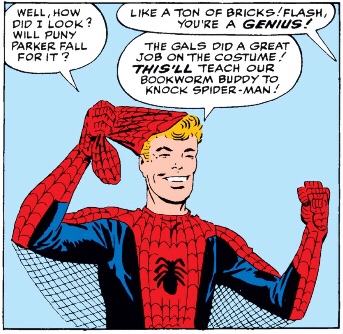 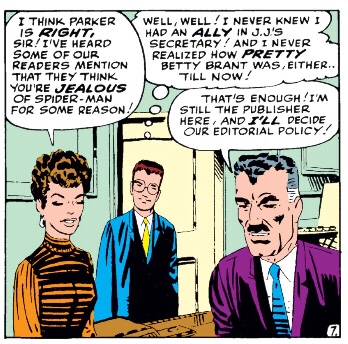 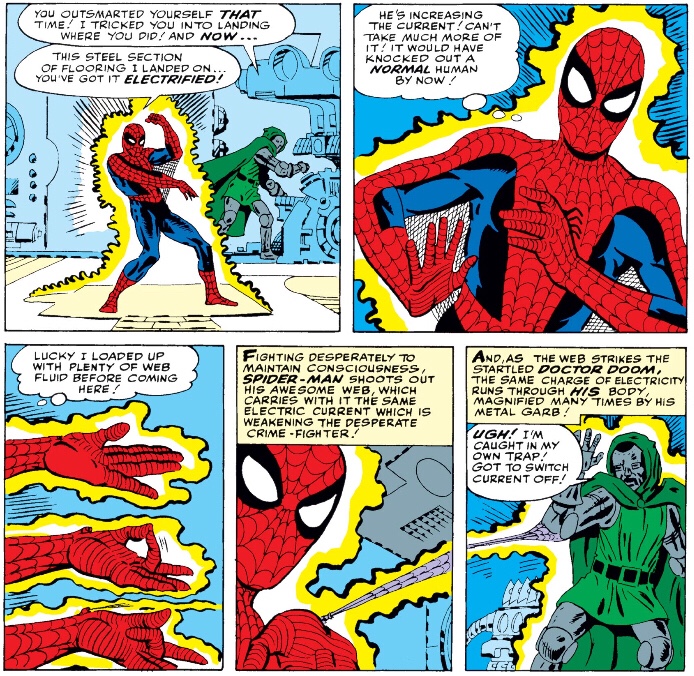 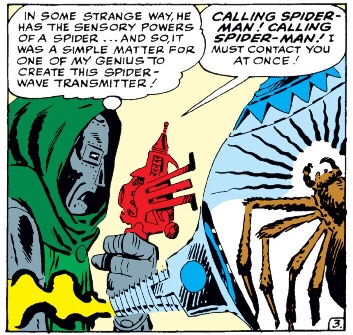 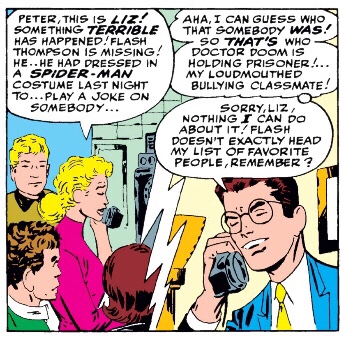 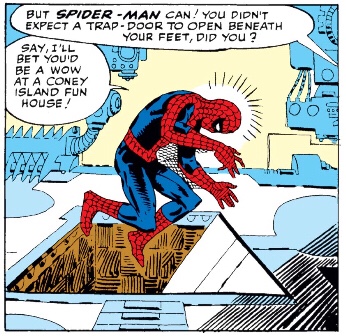