The crypt of Merlin, the famous magician from Arthurian legend, has been found and shipped to New York City. Little do the researchers know that Merlin is not actually dead at all; once his crypt is opened, Merlin rises, alive and well! 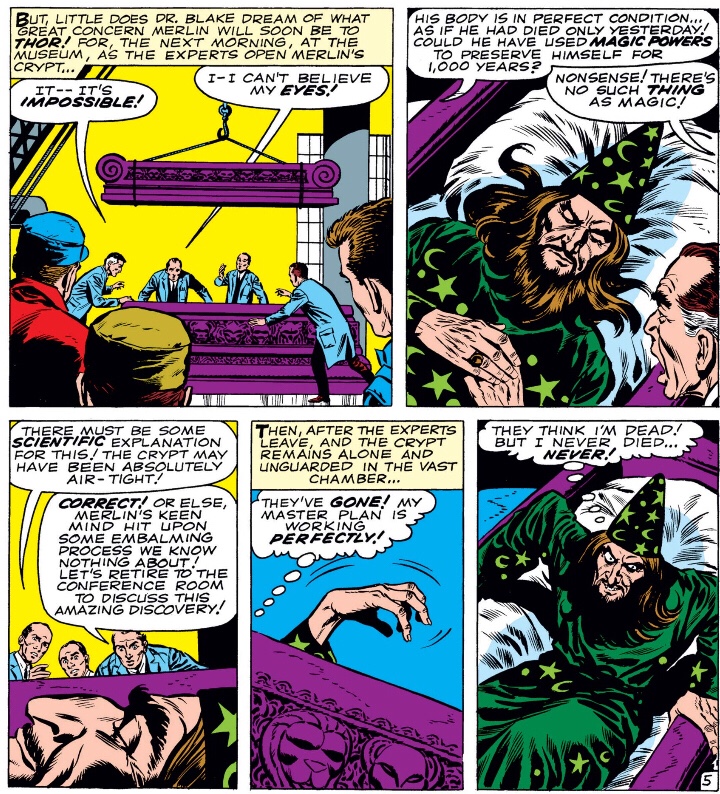 Merlin immediately leaves and plots on ways to become a key advisor/political puppet master for the president of the United States. When Thor happens to foil Merlin’s initial plot, Merlin challenges him to a duel. Can the God of Thunder possibly defeat a historically great sorcerer?

Just in case you’re keeping track, yes, last month’s Tales of Suspense also featured an evil magician’s tomb being opened, only to find that the magician was still alive. This story is slightly better than that Iron Man tale, if only because magic makes more sense in a Thor book. It’s not a good issue, but it is bizarre enough to be at least a little entertaining. 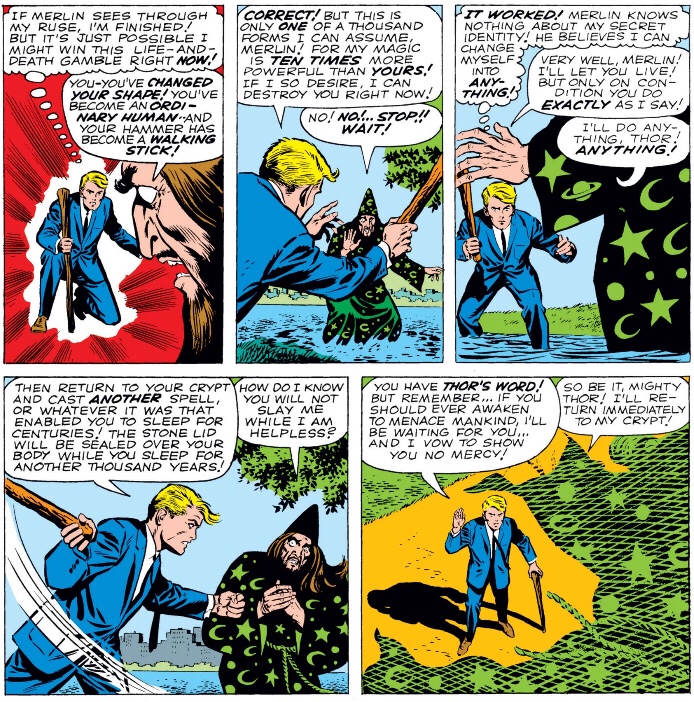 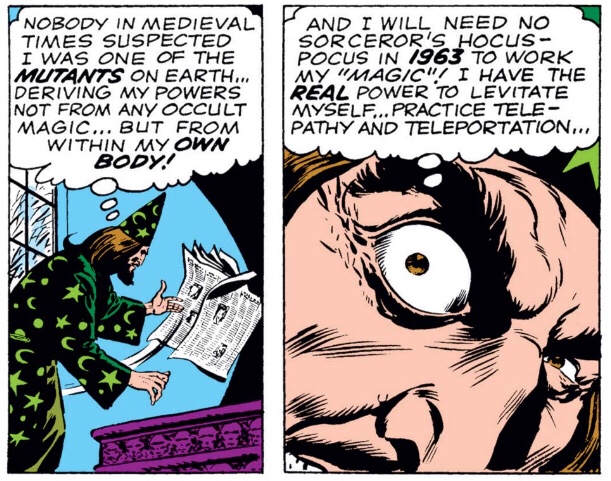 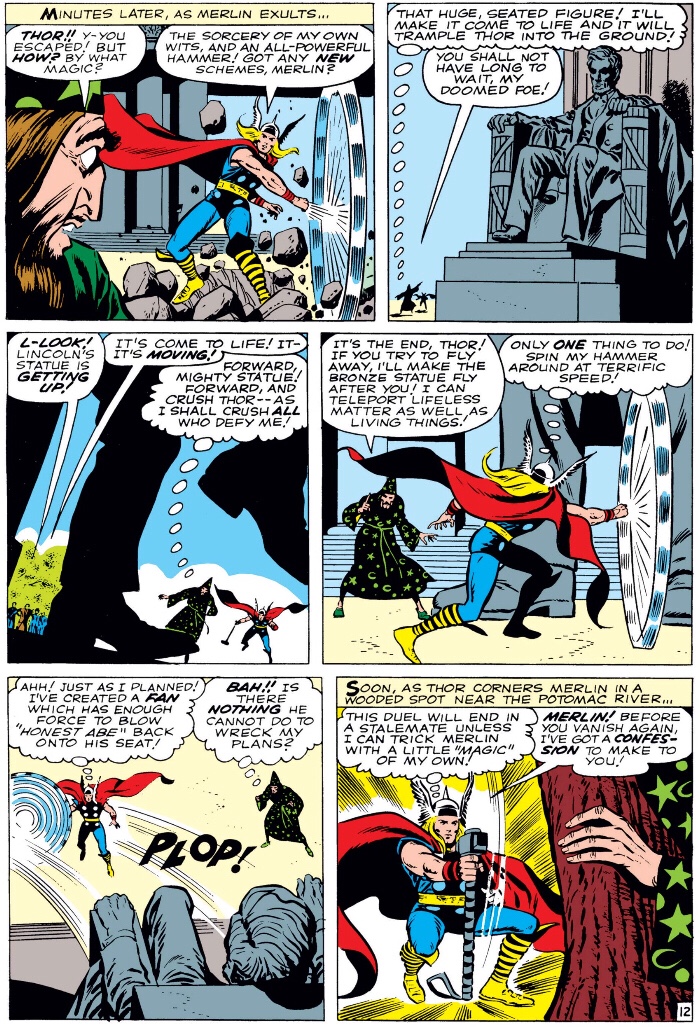 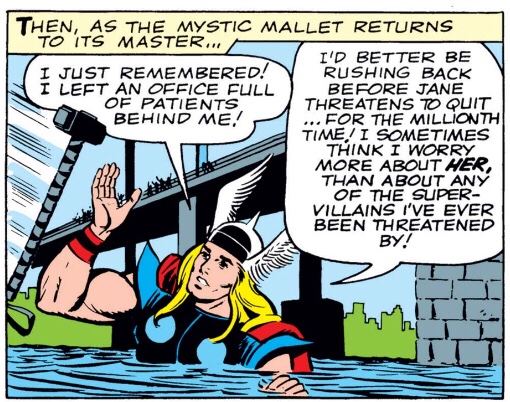