“The Terrible Traps of Egghead!”

After his last confrontation with Ant-Man, Egghead has been a wreck, spending his time in a low-rent flop house, still shocked by his failure.

When he overhears some hoods discussing Ant-Man’s new partner, the Wasp, Egghead gets inspired. He will lure Ant-Man to his doom by capturing the Wasp and using her as bait!

My common Ant-Man complaint —- that most of Ant-Man’s problems could be solved by using his enlarging gas and returning to his human size —- is compounded by him having a similarly-powered partner. Egghead’s plan and traps are silly, but none would present a problem if the heroes acted logically (or if there was an in-story reason why they can’t act smart). 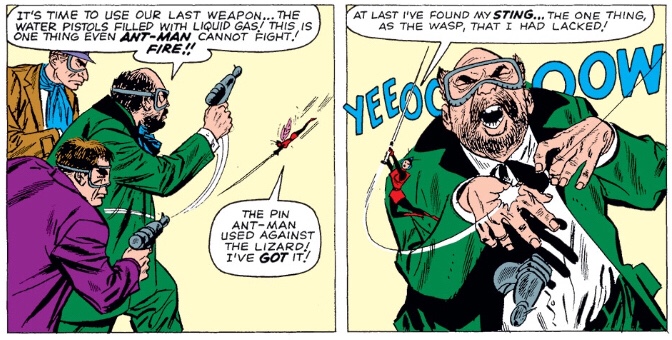 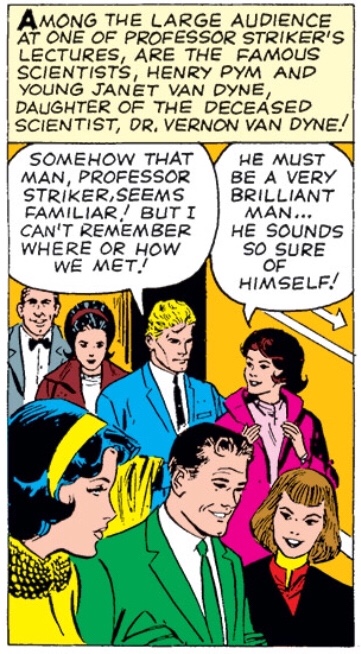 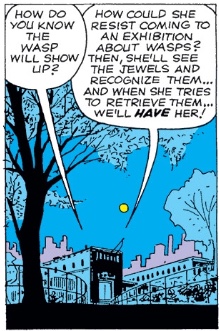 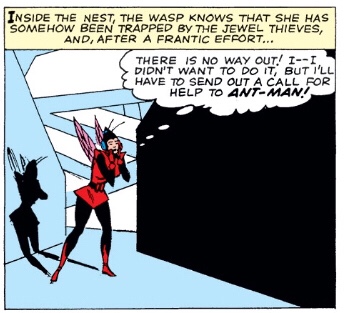 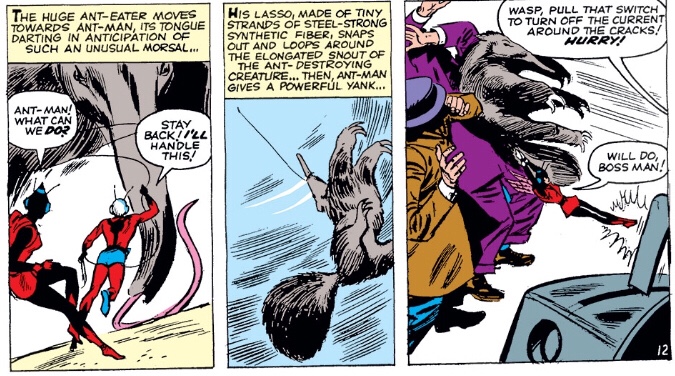