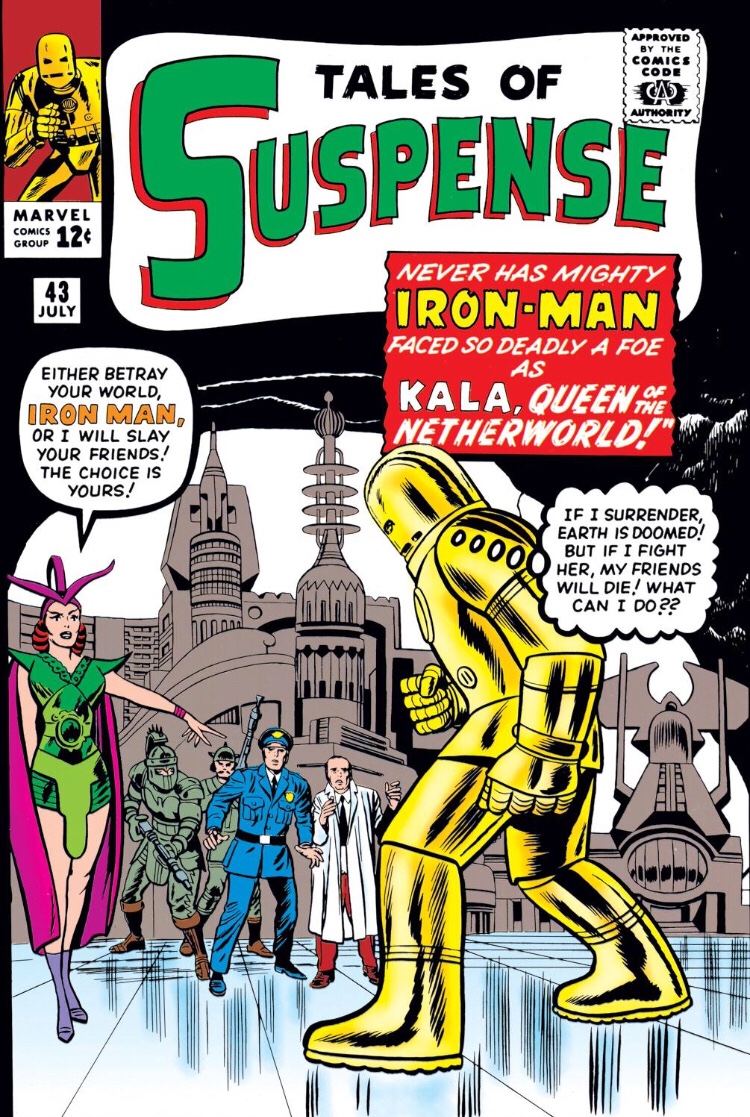 “Iron Man Versus Kala, Queen of the Netherworld!”

Tony Stark is trapped by mysterious forces and brought safely to an underground base in the center of the Earth! There, he meets Kala, Queen of the Netherworld. 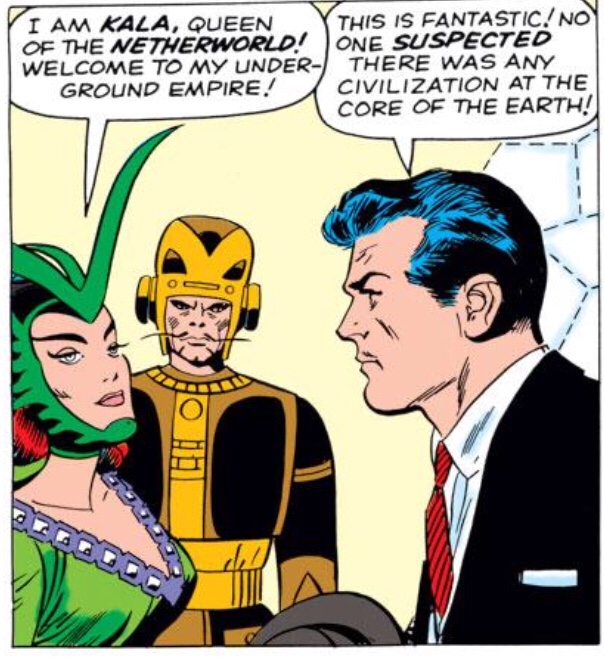 Her people have developed advanced weapons and want to conquer the surface world, but they need Stark’s help to devise a way to get those weapons topside.

If he helps Kala, humanity is doomed. If he doesn’t, she will surely have him (and a couple of his scientist buddies) executed. What will he do?

It’s silly enough to be entertaining, but it’s not very good. This is only Iron Man’s fourth appearance —- did we really need a science fiction remix of his origin story? 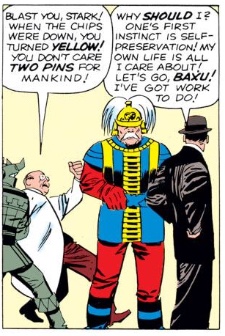 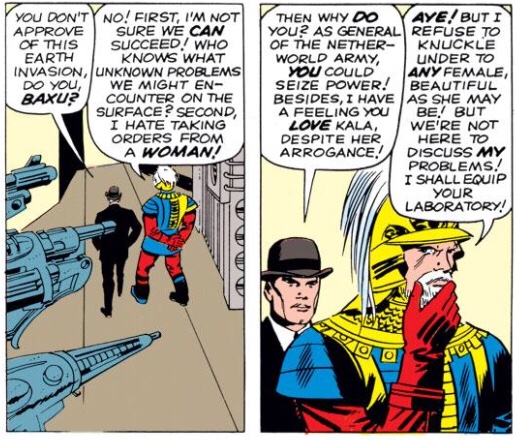 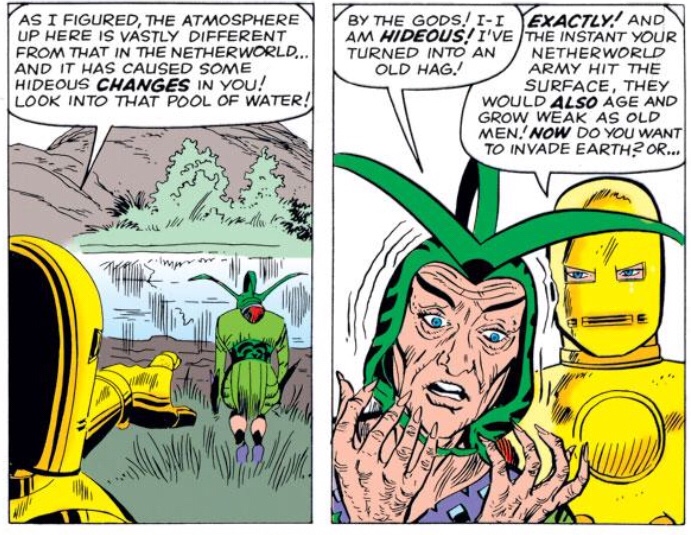 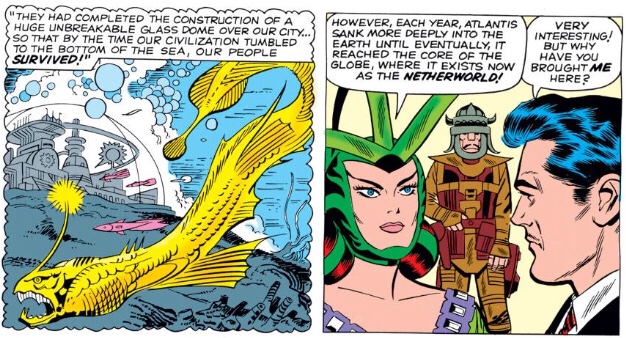 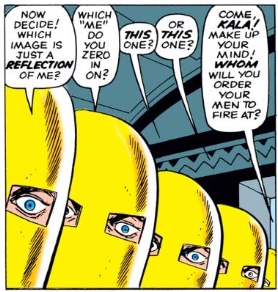 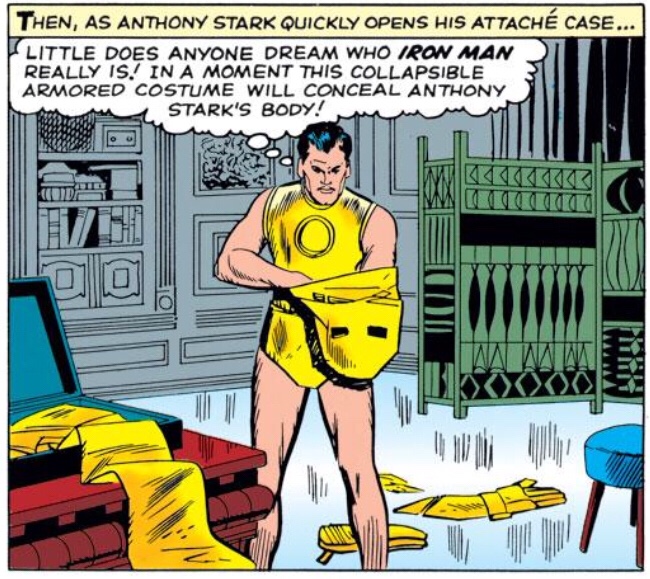 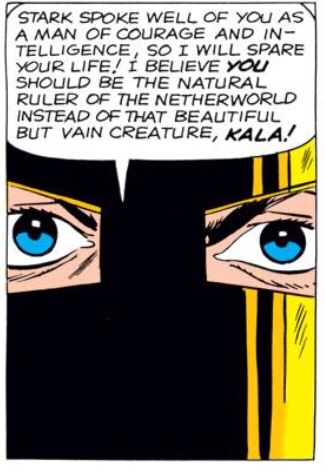 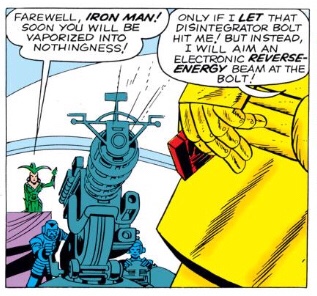 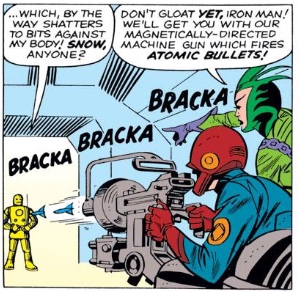 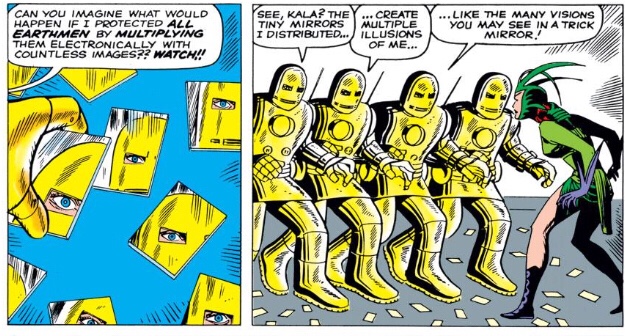 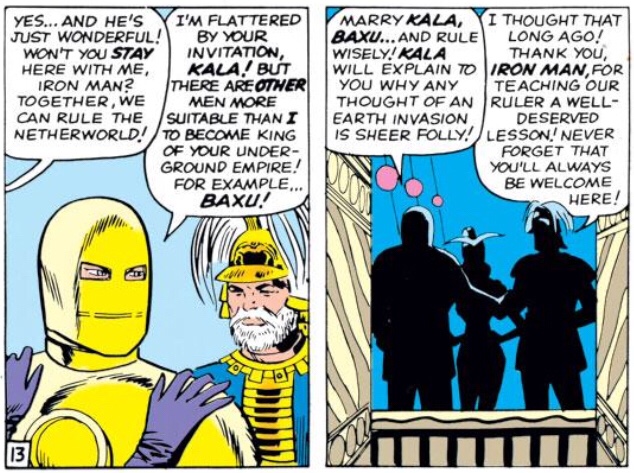 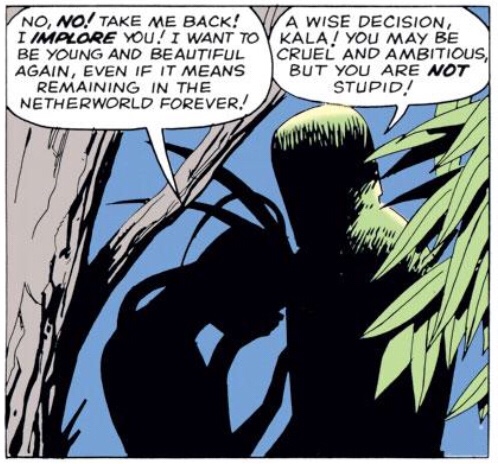