When a brilliant atomic scientist is caught in a lab accident, his body and mind wind up fused to his mechanical lab equipment. The mind of this Doctor Octopus has also been affected by the radiation, making him aggressive and paranoid, to the point of taking hostages and making them act as his lab assistants. 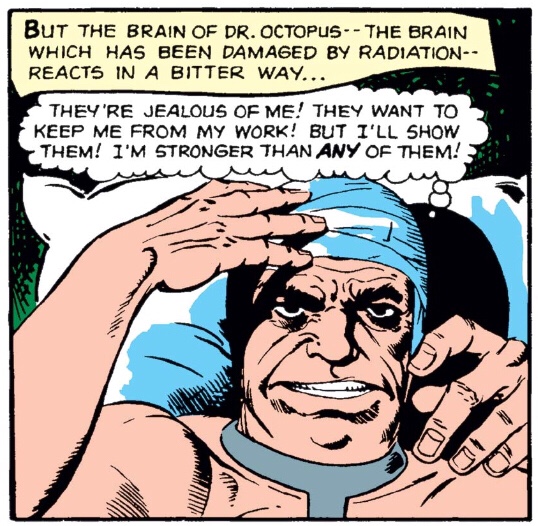 When Spider-Man arrives to fight him, Doctor Octopus defeats the hero with ease.

Will Spider-Man be able to overcome Doctor Octopus when he later takes over an atomic testing facility? Does he even want to risk it, or will he quit being a hero?

Yes! I am quite pleased with these early Lee/Ditko issues. I like Peter’s self-doubt and perseverance, I like the strange character design for Doctor Octopus, and I am definitely liking Steve Ditko’s art. 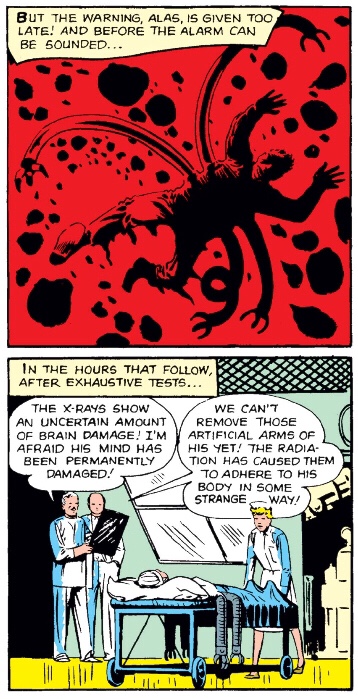 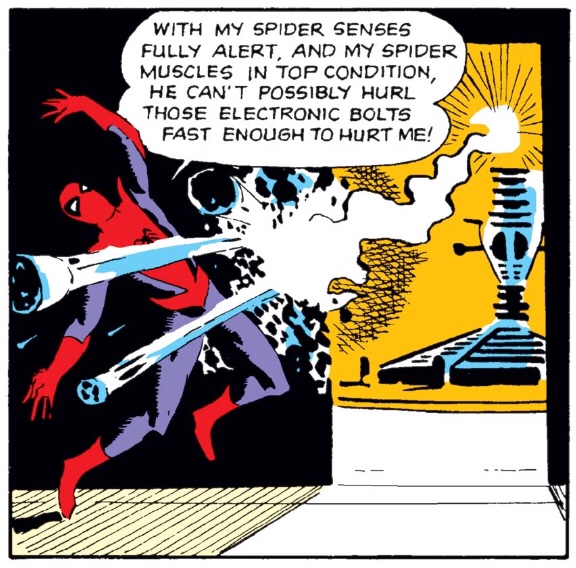 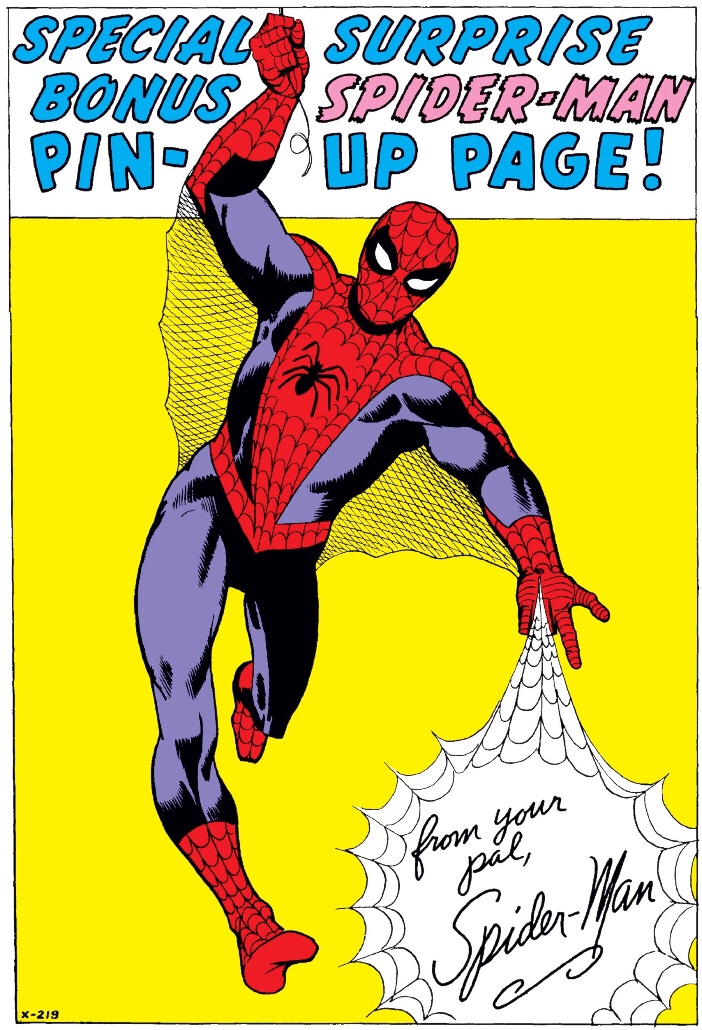 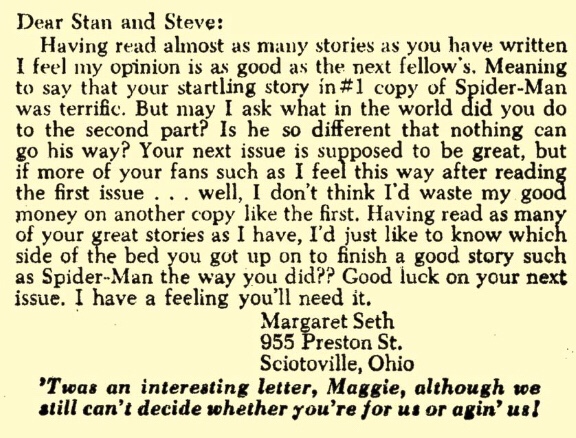