“The Sorcerer and Pandora’s Box”

The local hermit, known by the townsfolk as “The Sorcerer,” is known as the town crank. Little do the locals know that he is a practitioner of the Dark Arts, and that he has obtained and unlocked Pandora’s Box! Will the Human Torch be able to overcome all the evils of the ancient world?

No, this is bad. This is another awful one-off villain with a ridiculous backstory that the Torch defeats because…reasons. 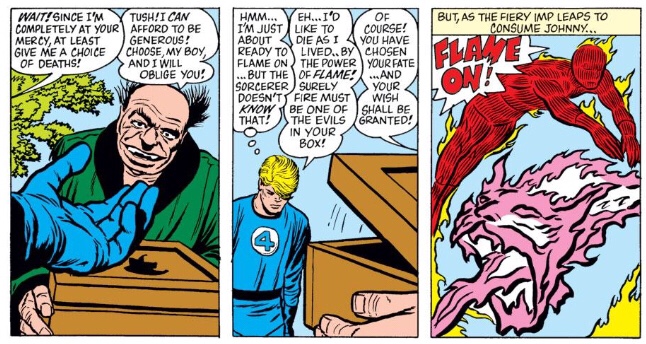 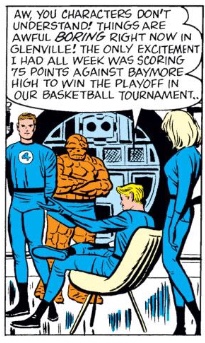 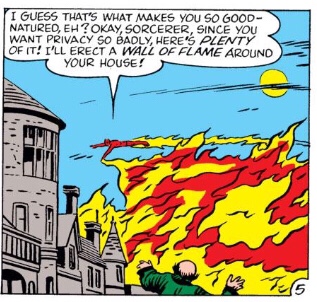 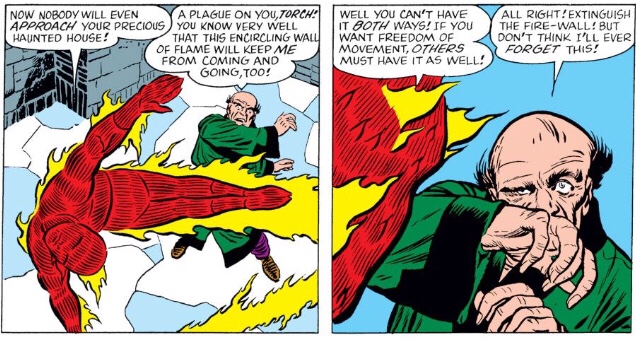 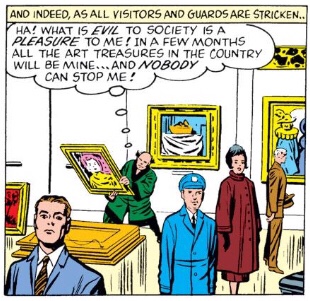