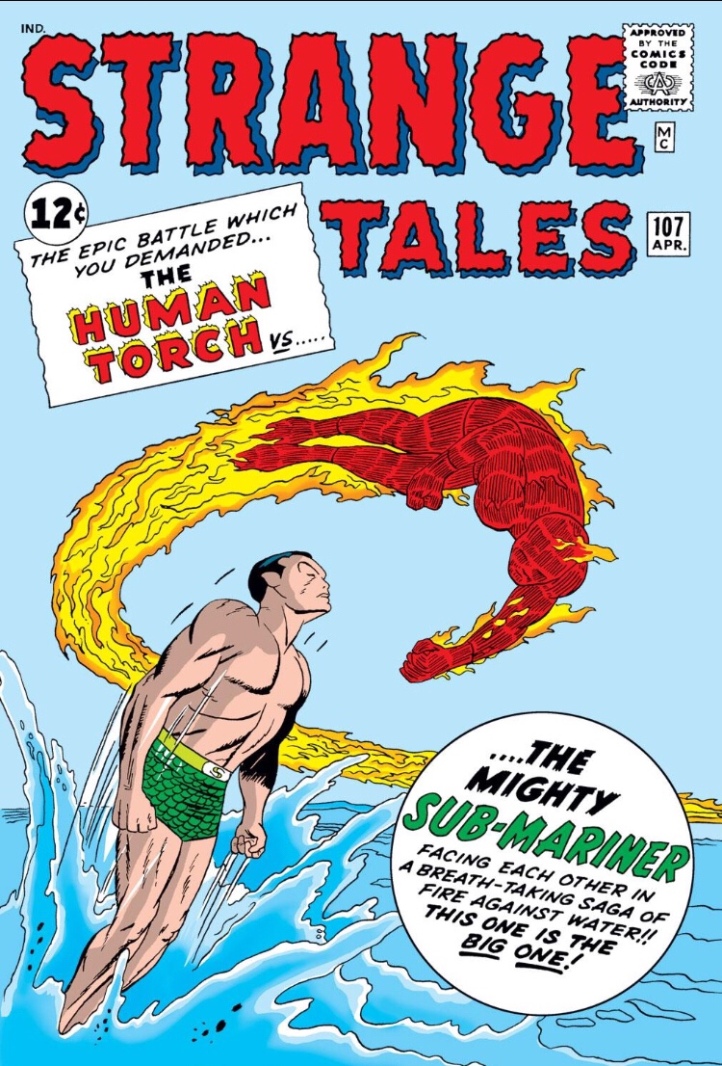 “The Master of Flame vs. the Monarch of the Sea!!”

Upset that the rest of the Fantastic Four treats him like a child, Johnny decides to earn their respect. How? By defeating a foe that the entire team has not beaten: Namor, the Sub-Mariner. 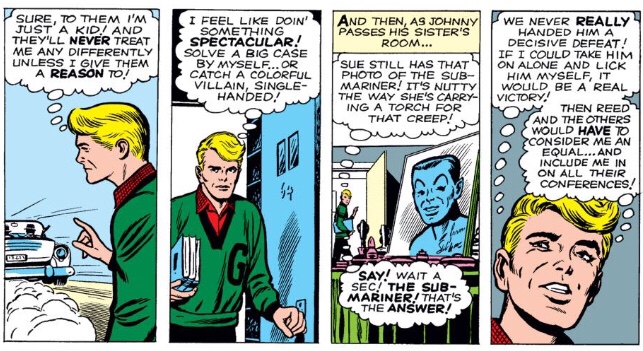 The Human Torch sought him out, and Namor obliged his challenge.

It should be, right? It’s an issue devoted to a fight between the Torch and Sub-Mariner, how bad can it be? Well…Johnny’s motivation here is obnoxious, and the pseudo-science used to keep him in the fight was frustrating and stupid. So no, not a great issue. 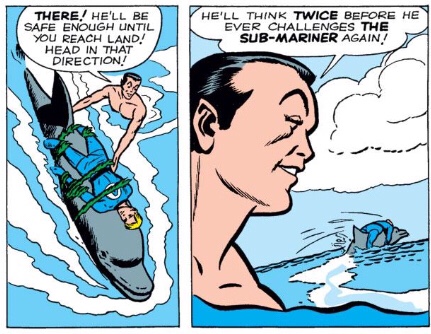 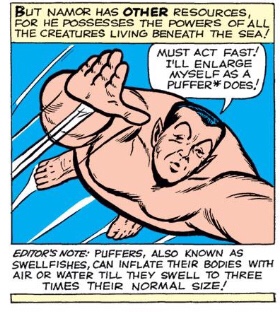 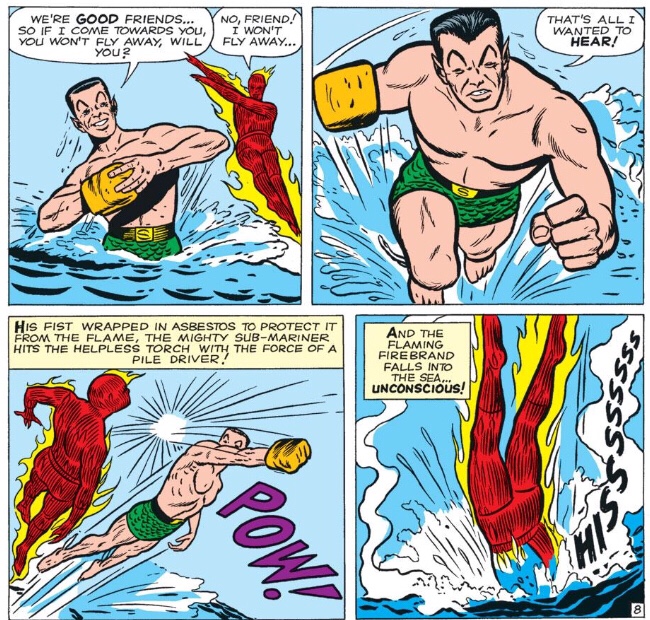 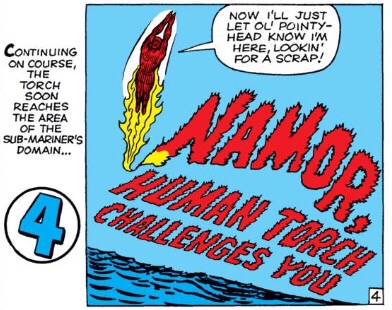 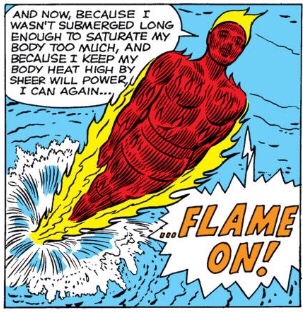 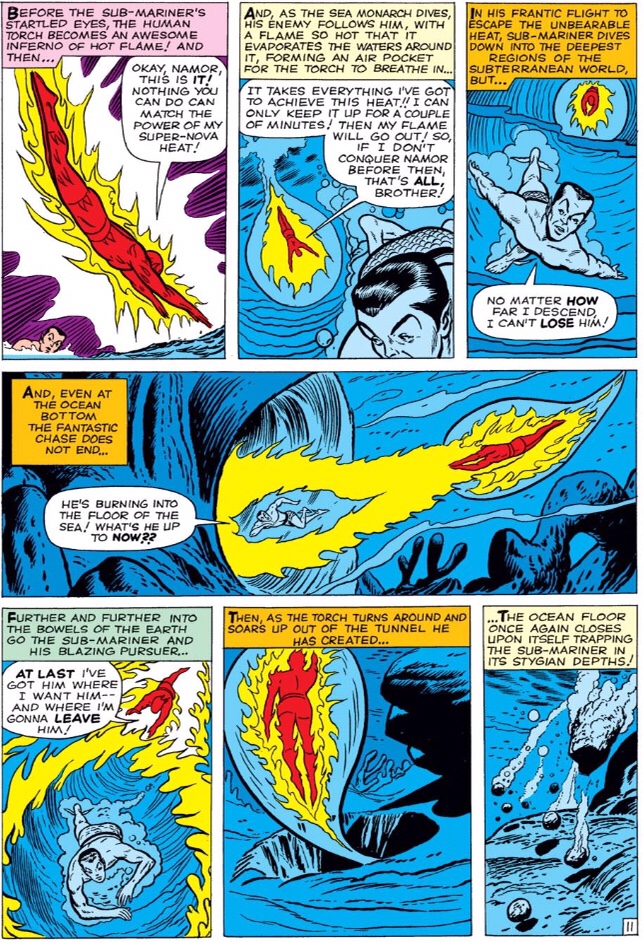 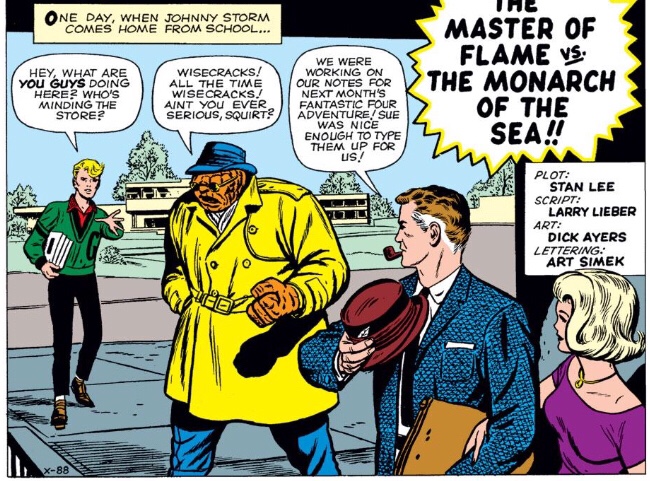