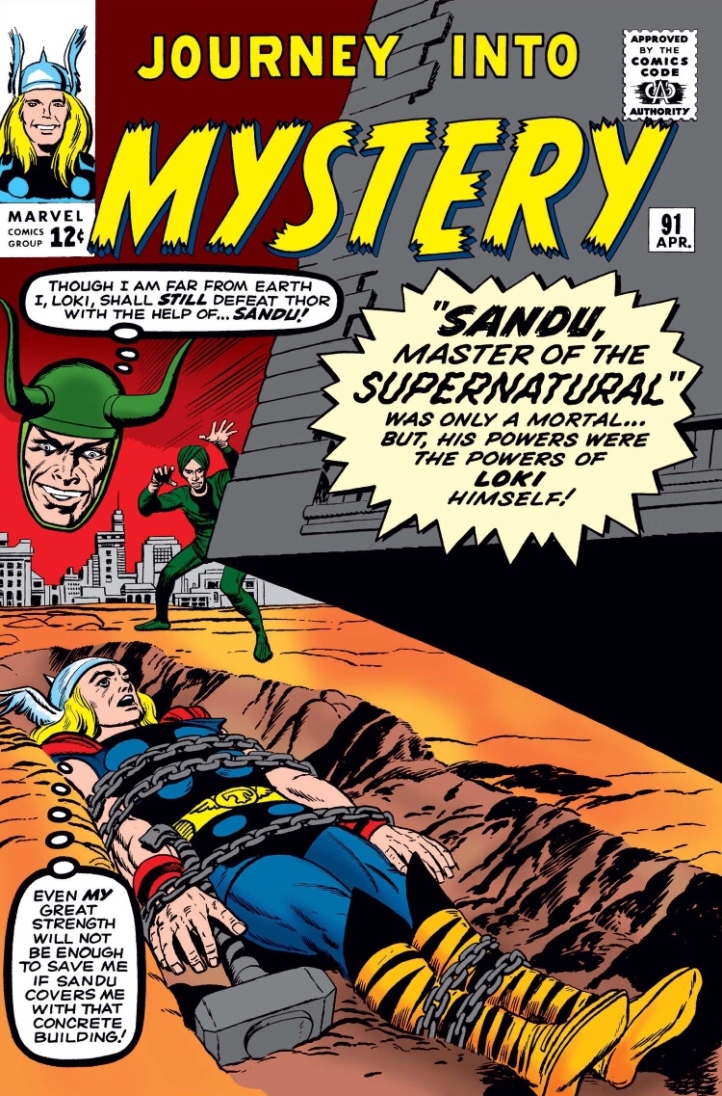 “Sandu, Master of the Supernatural!”

After his last battle with Thor, Loki is confined to Asgard. That doesn’t stop him from causing problems, though; he decides to give supernatural powers to Sandu, a carnival mind-reader. Sandu starts with petty theft, but quickly ramps up to commanding that the United Nations make him ruler of the Earth. This puts him on Thor’s radar. But can Thor foil Sandu’s evil plans?

Nope. This is a dumb issue. It’s got a dumb villain with a ridiculously misused power. Aside from the historical curiosity of seeing some very off-prototype Valkyries and a belt that makes Thor super-duper-strong (that he then doesn’t wear frequently), this issue doesn’t have much going for it. 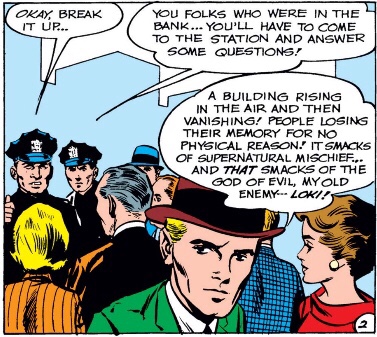 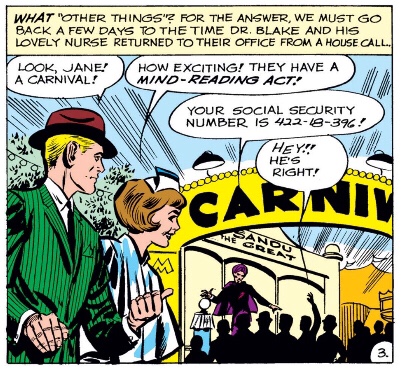 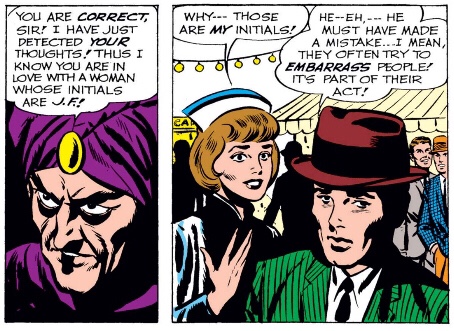 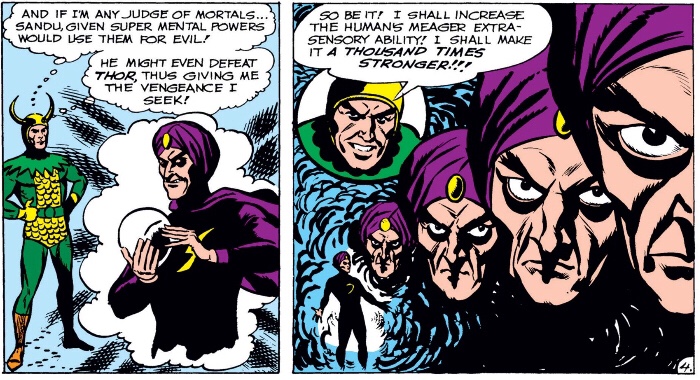 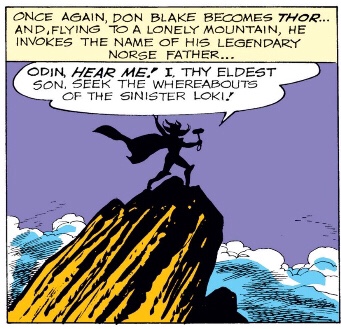 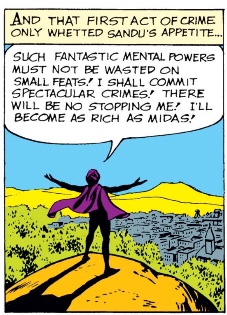 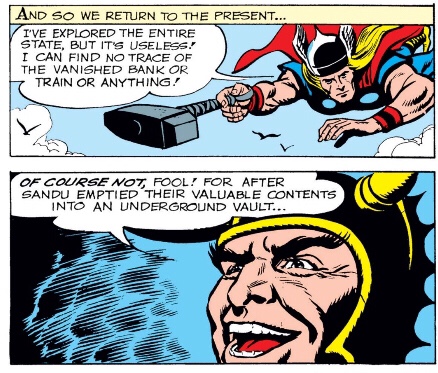 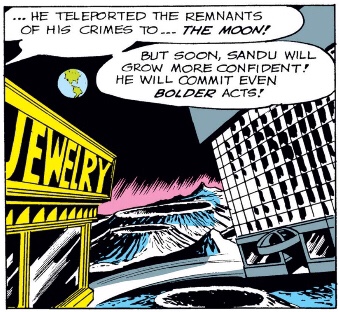 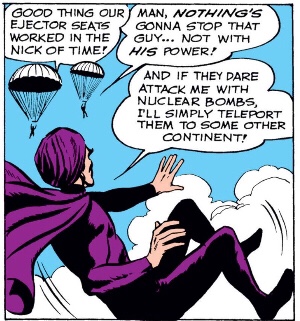