“Prisoner of the Slave World!”

There is an alarming trend of famous scientists vanishing without a trace. The ever-humble Henry Pym correctly surmises tat he may be next, and vows to be prepared.

Sure enough, Pym is captured and transported to another dimension, where he (and the other scientists) is commanded to help create an “electro-death ray” for the evil warlord, Kulla. Kulla isn’t prepared for the Ant-Man, though!

Nope. Jack Kirby’s art was one of the only fun things about this comic, but here we are with Don Heck. I don’t have a whole lot of experience with Heck’s work — just a few late-60’s Uncanny X-Men issues — but his strength is clearly not drawing science fiction.

That’s just not pretty. Aside from that, we have Ant-Man straight-up killing a bad guy with no remorse and kicking off a revolution in a foreign dimension. None of these things sound like a good idea for this character. 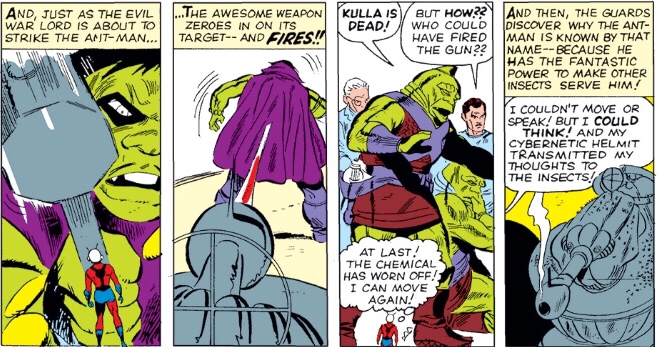 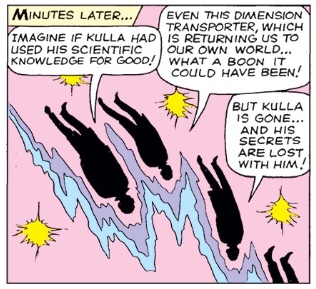