“The Threat of the Torrid Twosome”

Carl Zante, the Acrobat, approaches Johnny with a proposition: if he and Johnny formed a crime-fighting team, they would take equal credit for their victories, and split all reward money they earn.

Zante argues that the Human Torch is undervalued in the Fantastic Four, as the most powerful member and star of the group. Johnny agrees to form the Torrid Twosome with Zante, but Zante has ulterior motives.

While it is funny to see the ongoing “secret identity” subplot dropped so quickly, this is generally a pretty dull issue. I am already tiring of Johnny’s brattiness. 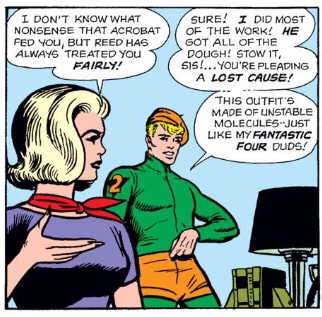 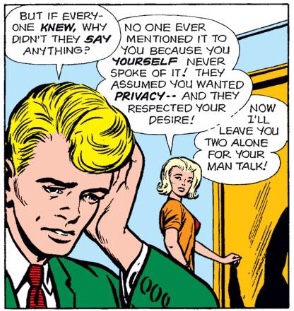 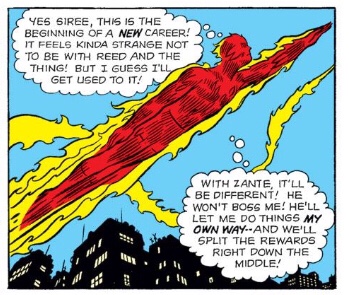 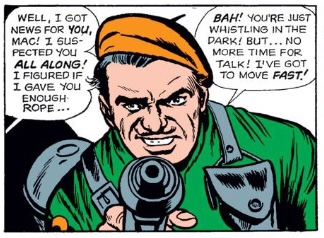 I couldn’t determine who inked the cover to this issue. The Marvel Wikia only listed Kirby as the cover artist, but he didn’t typically ink his own work (at this point, anyway), so I thought it was unlikely that he didn’t have an inker. I looked online, but couldn’t find a consensus. Marvel.com stuck with the sole Kirby credit. My Comic Shop states that it is a Kirby/George Roussos collaboration, while the Grand Comics Database says Dick Ayers was the inker. I think Ayers makes the most sense, since he did the interior art and had been inking Kirby’s covers for Strange Tales, but I can’t find anything conclusive online.