“The Day That Ant-Man Failed!”

An armored truck company keeps having trucks robbed; the guards are left without a memory of the crime, and no physical evidence is left behind. Ant-Man agrees to accompany the next payroll delivery, but at the last minute, he has to cancel due to appendicitis! How can Ant-Man defeat the evil Hijacker from a hospital bed?

It’s almost the same plot as Tales to Astonish #37, where Ant-Man takes on a serial thief that wears a mask, only to discover that the first “victim” he met in the story is, in fact, the thief. Very Scooby-Doo. So, no, it’s not good. On the plus side, Jack Kirby got to draw Ant-Man navigating an automobile engine block, so at least that was novel. 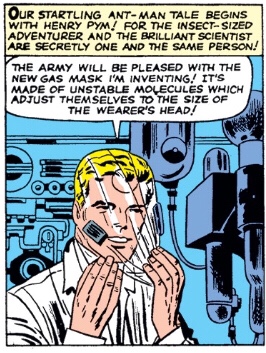 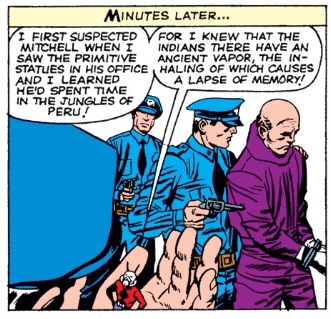