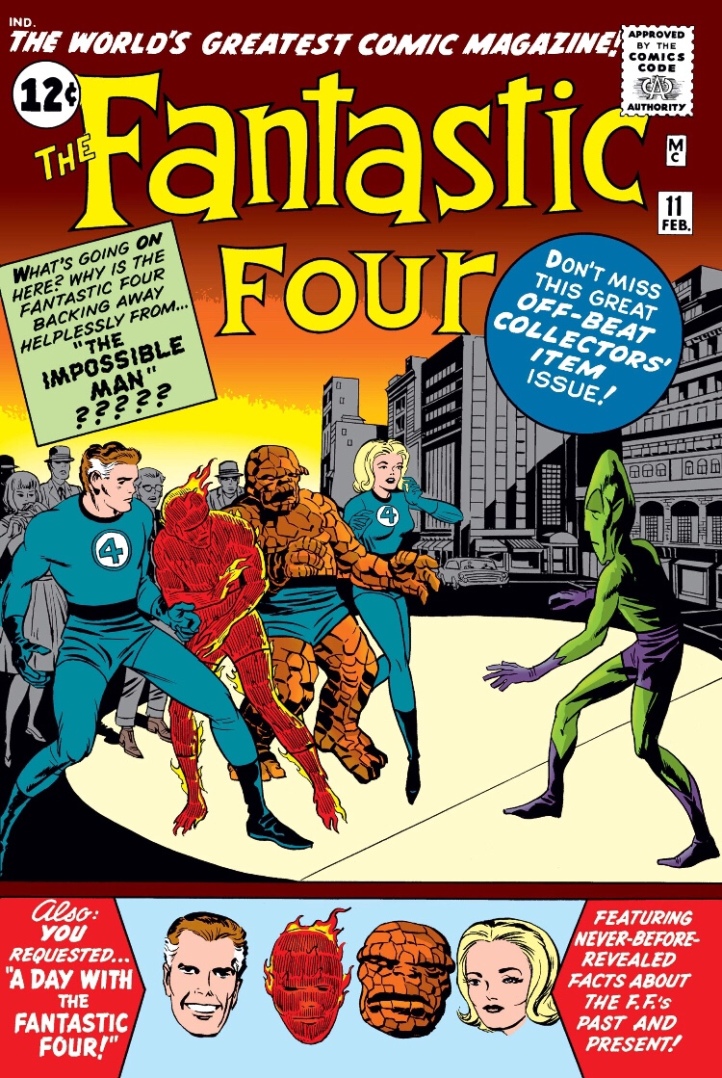 “A Visit With The Fantastic Four!” and “The Impossible Man!”

In “A Visit With the Fantastic Four,” the team takes a break to open some fan mail, recount the past, and celebrate Sue’s birthday.

In “The Impossible Man,” an alien from the planet Poppup visits Earth on vacation Poppupians have evolved to the point where they can change their bodies into anything they desire with a thought.

By simply doing whatever he wants, the Impossible Man causes chaos wherever he goes! But how can the Fantastic Four defeat a foe that automatically counters any attack?

This is a fun issue; I usually like “change of pace” one-off stories, and this appears to be the first Marvel story of that type. When last issue included metatextual themes, I thought it was weird, but creative. Here, they use those same ideas to directly address fan questions, and it’s (mostly) charming. The Impossible Man story introduces what is, essentially, a joke villain, and the story follows that lead pretty well. 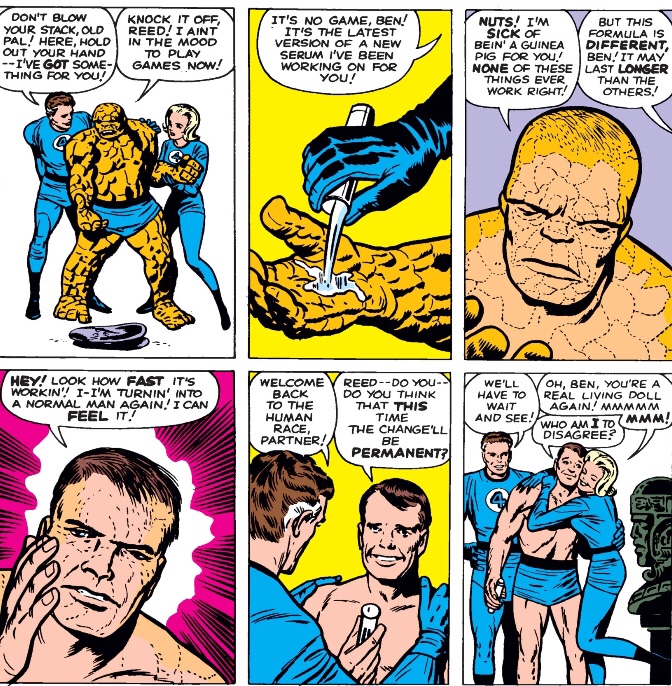 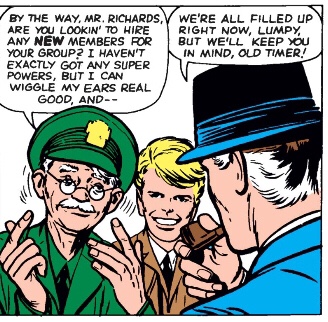 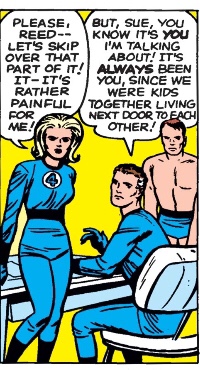 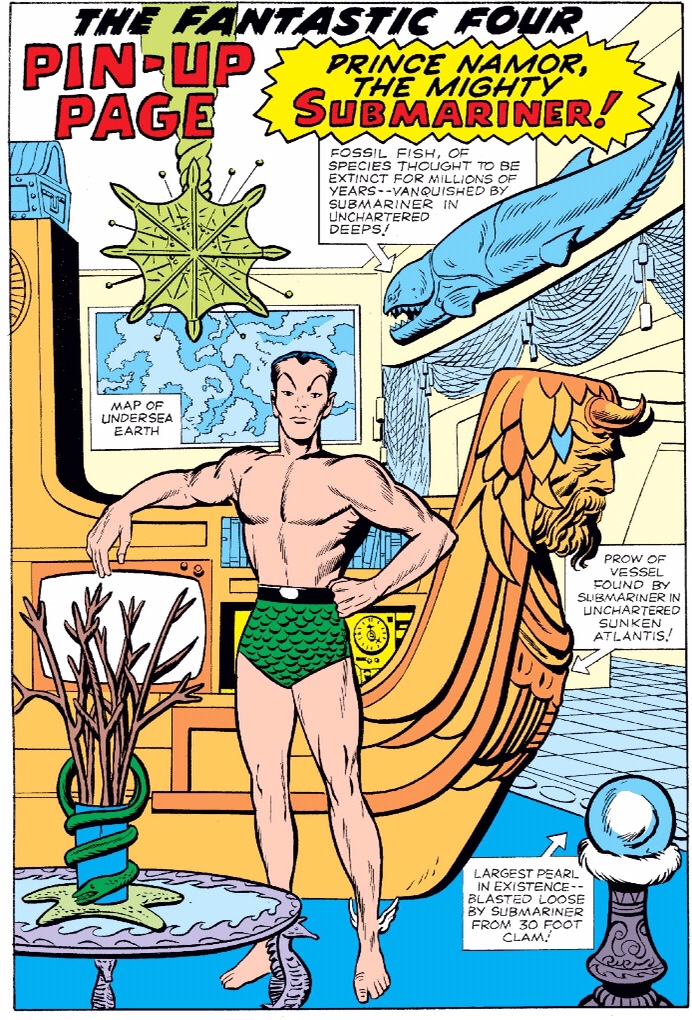 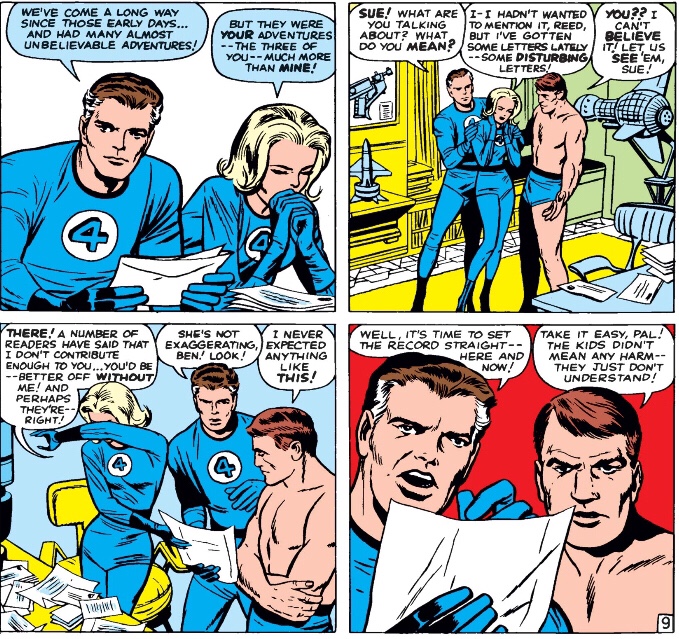