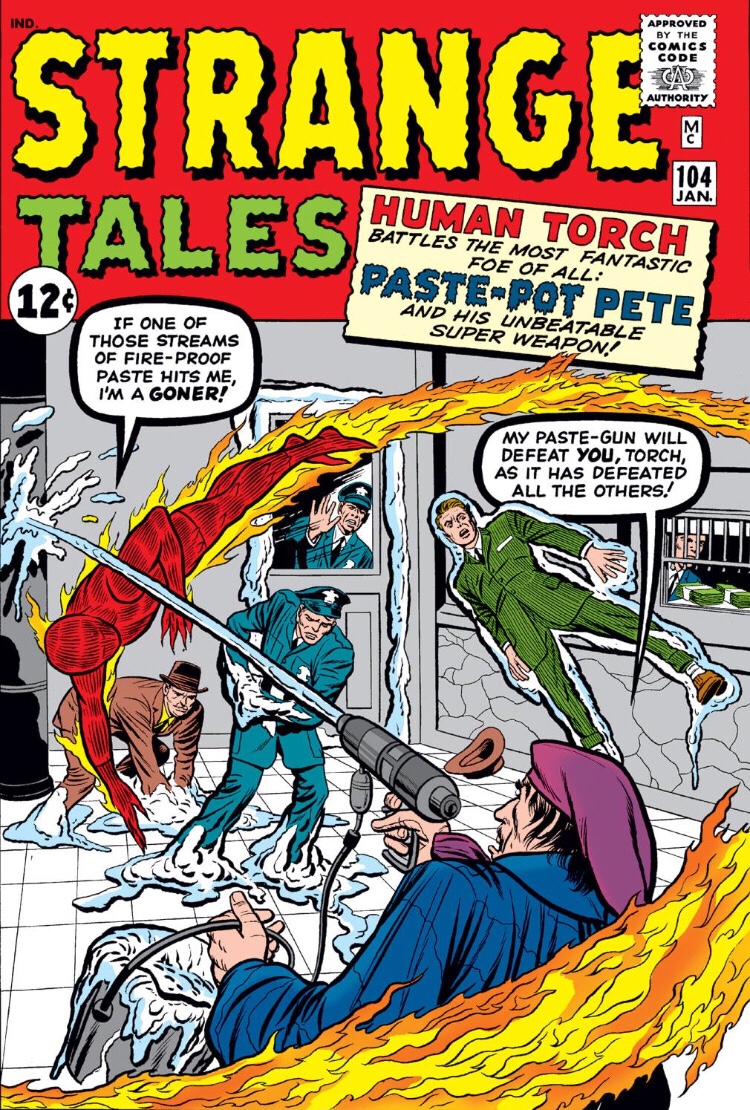 In a bit of bad luck, the villainous Paste-Pot-Pete decided to rob the very bank that Johnny Storm was inside as a customer. Fortunately for Pete, Johnny did not want to reveal to his fellow bank customers that he is, in fact, the Human Torch, so he stayed incognito and the villain escaped. As soon as he had some privacy, though, Johnny transforms into the Torch and hunts Paste-Pot-Pete down.

No, it’s not even close. Paste-Pot-Pete, with his paste gun and paste bucket, is presented as a legitimate threat and he escapes in the end!!! Johnny’s secret identity sub-plot is getting mind-numbingly stupid as it progresses, too. 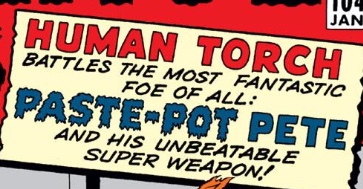 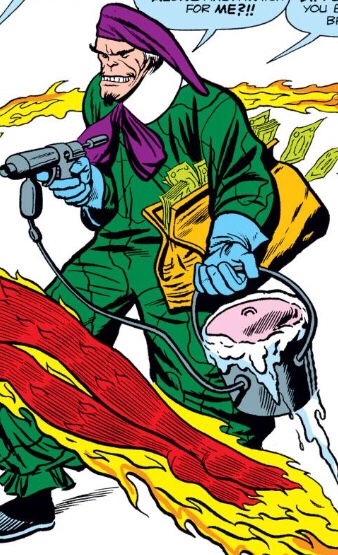 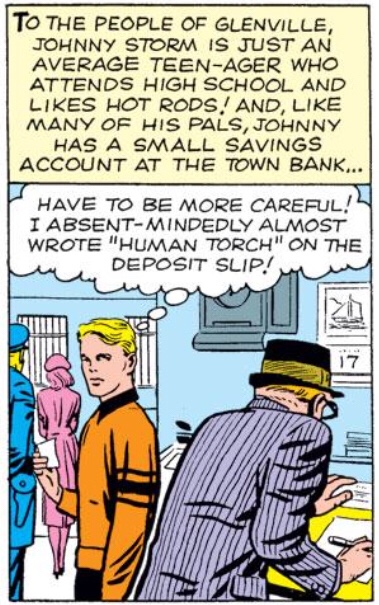 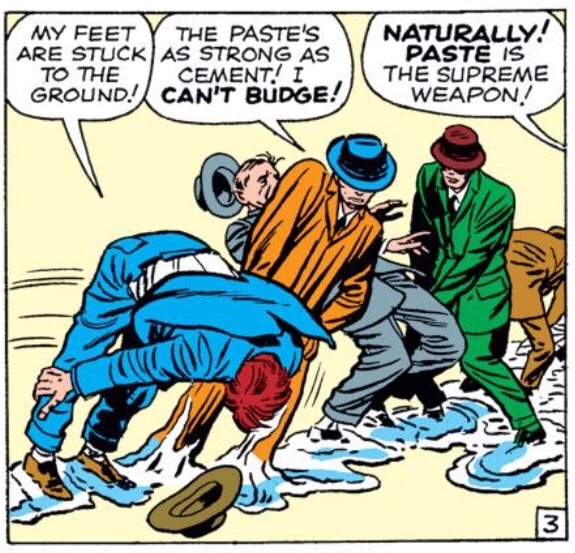 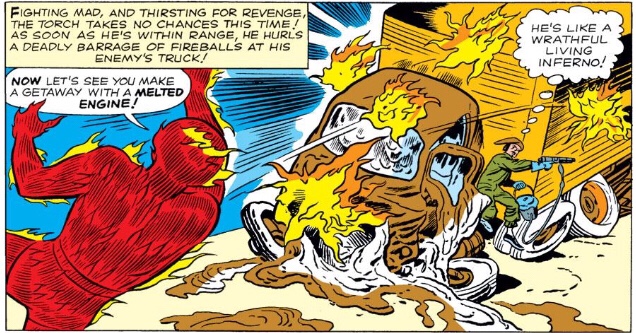